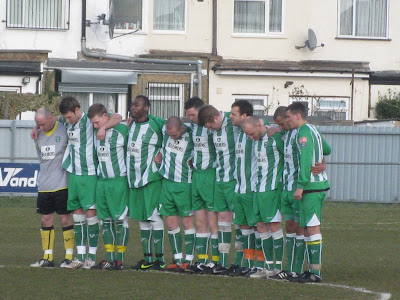 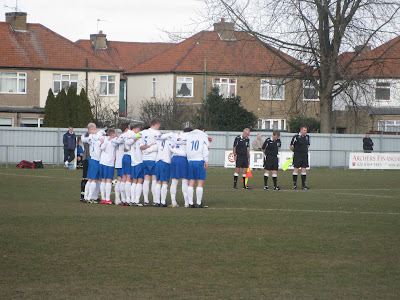 Above - A minute's silence was conducted in memory of footballing legend Keith Alexander.

A magnificent display between the sticks by Rob Blackburne helped Town towards a valuable 2-0 victory against a hard working Thamesmead side yesterday. Town's goalkeeper pulled off a number of high quality saves to keep The Mead's forwards at bay and in turn keep another clean sheet. It's now been 4 and 1/2 games since Town's net has been breached, An impressive fact that is emphasised in that in those four games we have played East Thurrock United (4th place), Thamesmead Town (3rd) and Northwood (7th) as well as Ilford in the lower reaches of the table. 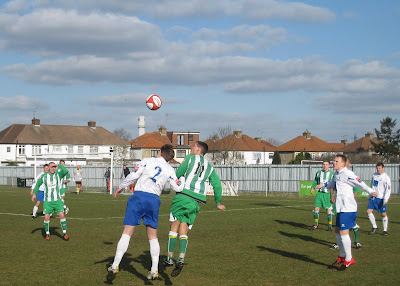 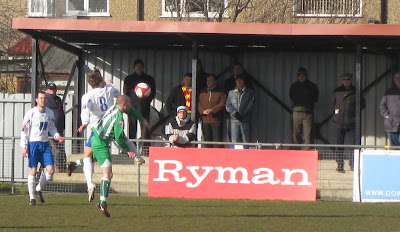 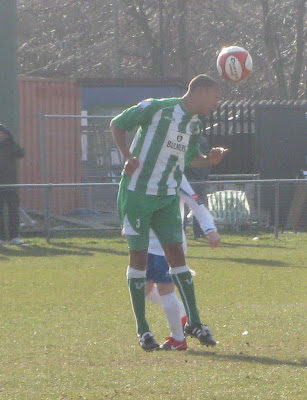 Thamesmead had the better of the game in first half with Tom Osbourne having a good header tipped over the bar by Rob after the visiting side's full back had got on the end of a high looping cross from the right hand side. Lea Dawson also got in behind the Town back four, his resultant header was expertly saved by the town keeper. 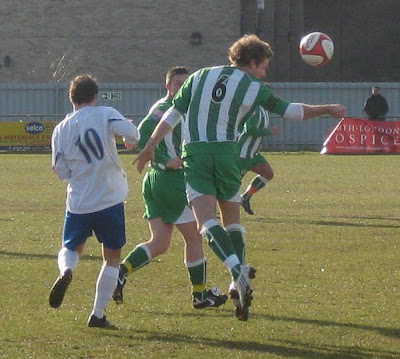 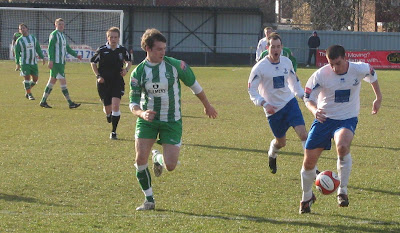 Town got into the game towards the end of the first half and got their first shot on target when Liam Hope held the ball up on the edge of the box and passed to Sam Byfield whose shot was well saved by mead's charismatic stopper Steve Northwood. Northwood was enjoying the game and the exchange of banter from the town supporters gathered at the cold end, which was very nice to see. We always warm to opposing keepers who have a bit of character and like a chat. 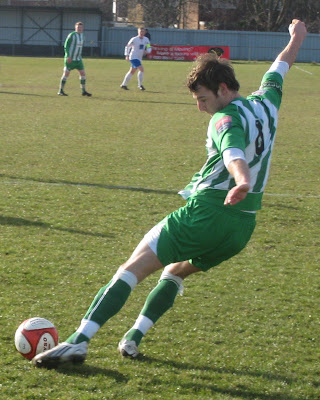 Town had a shout for a penalty when after a corner one of the away side's defenders appeared to get his hand near the ball. The referee waived play-on which was probably the correct decision as it was in a very crowded box and it was probably wasn't intentional if the player did indeed handball it. Ben Hammond told the assistant referee from the resulting corner 'that was a dead cert penalty, you missed it' to which he was told 'i never saw it it was in a big crowd of player's'.

Ben didn't let this worry him as just on the stroke of half time he put in a shot from the left hand edge of the box which swerved and curled into the bottom right hand side of the goal past the dive of the unlucky Northwood to put Town 1-0 up. 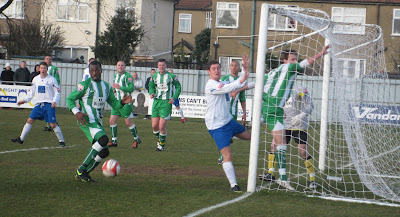 The visitor's had had the more clear cut of chances and it was somewhat fortunate that Town went in 1-0 up at the break.

Town started the 2nd half the better side and Stuart Blackburne could of made it 2-0 when he beat Mead's centre back Junior Baker for pace to go one on one with Northwood who saved the shot with his feet just inside the box.

It wouldn't be long before Blackburne got on the score-sheet as from a free kick on the left hand side Mark Kirby rose the best and his header rattled off the cross bar only for a quick reacting Blackburne to nod the ball home.Liam Hope had a chance when he turned in the box and put a shot just wide of the right hand post. 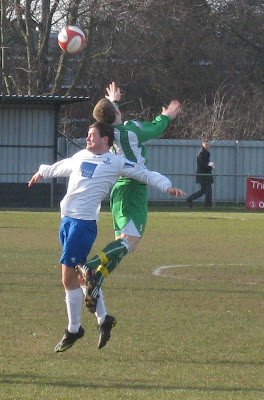 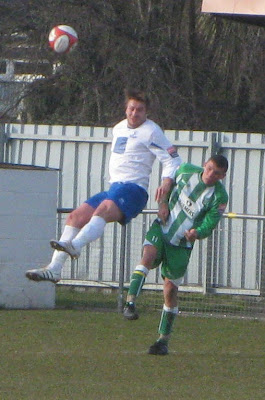 Mead pushed to get back into the game but were met with Rob Blackburne on top form who pulled off two or three more brilliant saves towards the end of the game to keep his aforementioned fourth consecutive clean sheet.

A good hard working impressive victory against a strong Thamesmead side that leaves Town in fifth place on 58 points with four games in hand over the visiting side in 3rd place on 60 points. 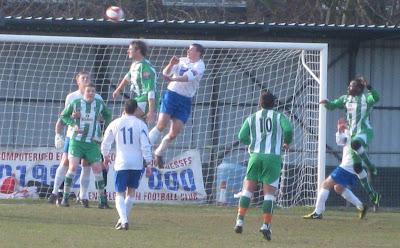 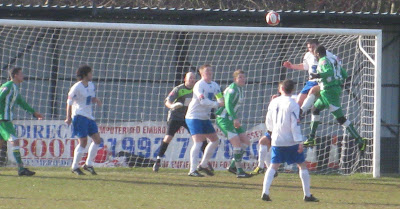 A welcoming sight for all Town fans yesterday was Darrell Ellams having a run out at half time. Hopefully, he is set to return shortly after his unfortunate lengthy layout through injury. 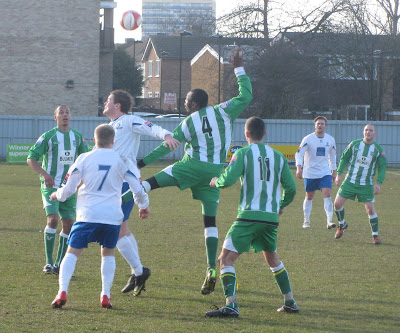 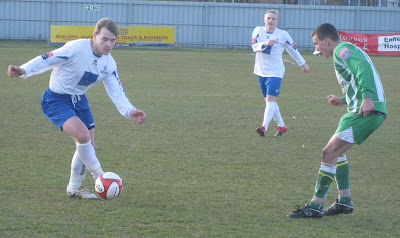 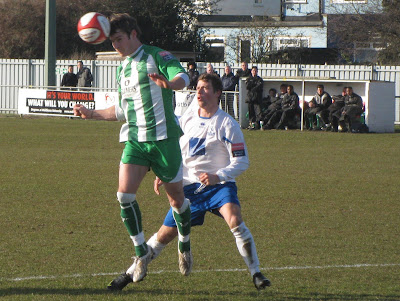 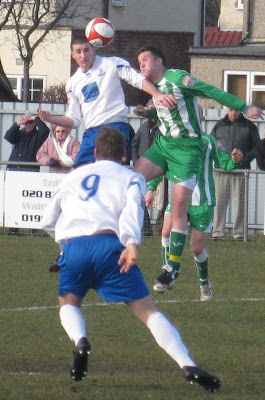