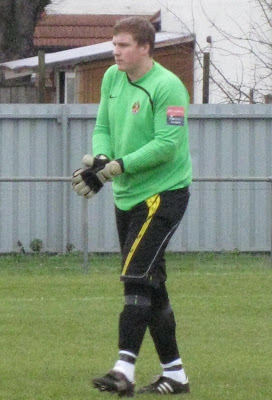 The opening twenty minutes or so of today's game were very scrappy with neither side having any worthwhile opportunities. Both teams knocked the ball around well with Leyton appearing to be a better side than Cheshunt who Town played two weeks ago in their last game. 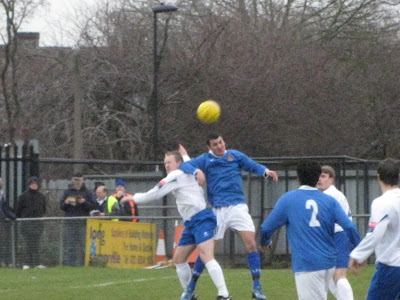 Leyton's goalkeeper Elliot Justham is a big bloke and has to be congratulated for taking the stick he got very well from the fan's behind the goal. It wasn't nasty just good fun, What non-league football is all about!!! One comment went "Your gonna let loads in today keeper" to which Elliot replied "your probably not wrong" and smiled. Despite letting in three goals today he gave a good performance and was warmly applauded by the Town faithful at the final whistle. Well done Elliot you are a Ryman League Hero!!

Town took the lead when ball in from the left hand side bounced across the penalty area past Adam Wallace to Ben Hammond on the right hand side. His subsequent cross was touched into the net by Liam Hope just in front of the diving Justham. 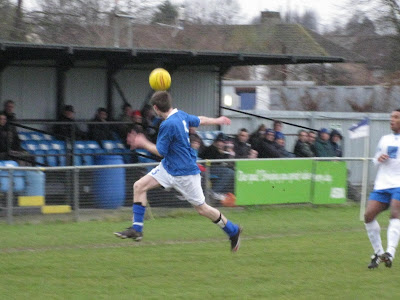 The game threatened to boil over for a a few minutes when what appeared to be an excellently timed tackle by Paul Marks was ruled by the referee to be a foul much to the wrath of the Town faithful gathered on the far side. A few seconds later and Leyton midfielder Ricky Edwards appeared to go in late on Marks at the other end of the pitch which was a foul.

Luckily the game settled down with Liam Hope having a shot straight at Justham from a Adam Wallace knock down being the only other memorable chance of the half. 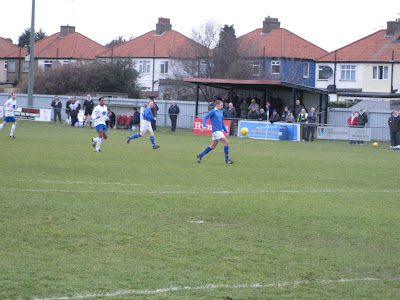 Ricky Edwards playing in the centre of midfield for Leyton looked their best and most influential player. It has to be said Leyton passed the ball around well and didn't just resort to sticking 10 men behind the ball and lumping long balls up field. 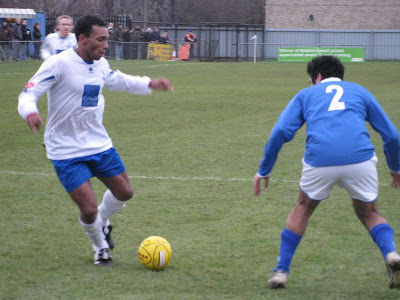 Town made it 2-0 shortly after the break when from a Michael Bardle cross Liam Hope's shot bounced off the bar and onto the line with Adam Wallace getting the final touch into the net. Some fans thought Hope's shot had gone over the line but it appeared to be Wallace's goal. 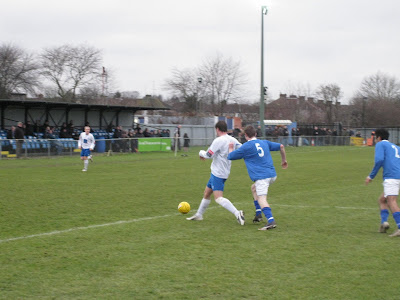 Edwards then showed what a good player he was when his free-kick beat Rob Blackburne in the Town goal only for the ball to rattle the cross-bar and come flying out. 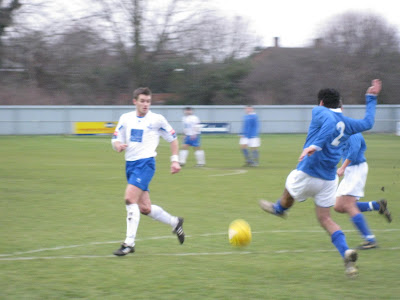 This could of made the game a different story and given Leyton a bit of confidence going forward. Despite passing the ball well Leyton had failed to create any real clear chances up to this point from open play with Rob Blackburne in the Town goal a virtual spectator for large periods of the match.

Town wrapped up the match when a cracking shot from Sam Byfield from outside of the box could only be parried by the unlucky Justham with Wallace bagging his brace by knocking the ball into the unguarded net.

Mark Kirby had a headed goal disallowed late on for a soft push and with the game running into injury time Leyton had their best two chances of the game with Edwards seemingly having too much time when getting the ball inside box with only Blackburne to beat only for his shot to be put wide of the mark and centre-back Bradley Falco's header being comfortably saved by Rob. 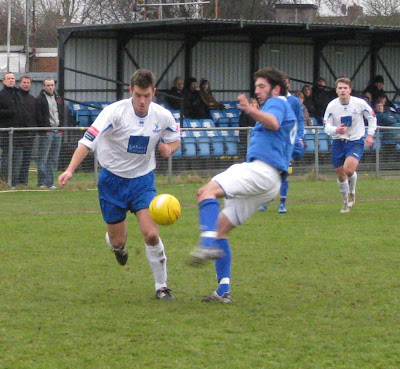 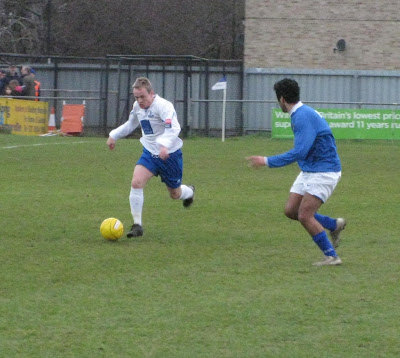 Both Jordan Lockie and Michael Bardle at right and left back respectively had good games today as did Rudi Hall in the centre of midfield before he came off. Man of The Match goes to Adam Wallace for his two well taken goals and his all round play contributing to another good team performance. With Stuart Blackburne due back from injury in the coming weeks Steve and Del have a problem that manager's like to have in keeping three good strikers/forwards happy.