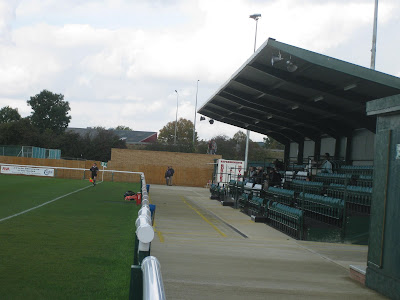 Whilst Town were drawing 3-3 in Great Wakering yesterday, the cold end couldn't make it so ventured off to Biggleswade and the Carlsberg Stadium to watch the Bedfordshire Senior Trophy tie between the Wader's tenants Southill Alexander of the Bedfordshire County League and The 61 FC (Luton) of the SSML Division Two. 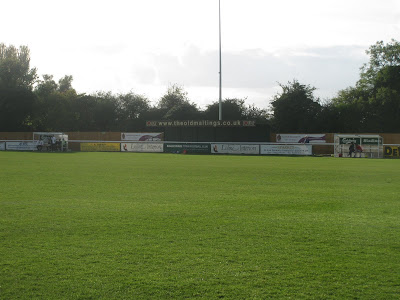 Southill Alexander known as The Bishops are a new team for this season created as the programme states 'as a dream amongst a number of people with a strong passion for football and the belief that the sport should belong 100% to the fans' 'to bring football back to the fans'. SAFC is run via its own website and forums, owners can purchase up to five shares priced at £25 each with one as a minimum entry requirement and a yearly subscription of £25 to access all areas of the website. A 1000 have been issued this year of which only a limited number remain. http://www.southillalexander.com/ 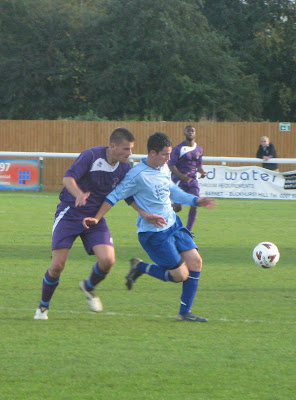 The club have begun playing at Step 7 of the pyramid this season in the Premier Division of the Bedfordshire County League alongside what was 15 other teams until Meltis Corinthians unfortunately folded last week. Other clubs in the league include Biggleswade United Reserves, Dunton, Renhold United, Ickwell and Old Morden and Riseley Sports amongst others.

Its not been easy for SAFC to start from scratch in a area that has the United and Town clubs of Biggleswade and Langford just a stones throw away - the cold end admires the members and fans of SAFC who are working very hard to establish their club on the map. SAFC are currently ground sharing at the Carlsberg Stadium which is a very nice new ground and a change for visiting players/teams in the Beds County League which is mostly played on roped off/park pitches at present. 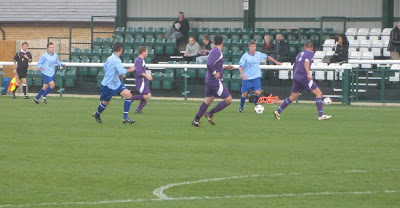 The 61 FC (Luton) are current holders of the Trophy and won the SSML Divsion Two last year and proved good opponents. Their manager Richard Everitt formed the club back in 1961 and is still at the hub of everything to do with the club. This has to be admired and is highly commendable, I think he should change his name to MR 61 FC. 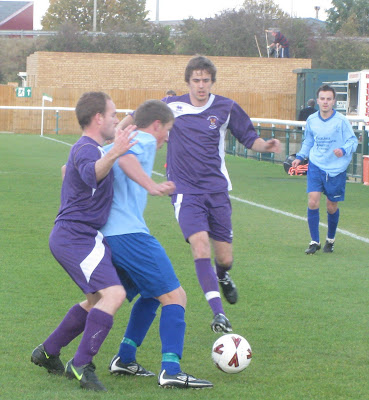 The game yesterday was a 7 goal thriller with the visitors racing in to a 2 goal lead within the first 15 minutes with a softly let in goal by Bishop's keeper Casey Waterfield and a well taken goal from the edge of the box. The game was pretty level and Southill had some good play up front and were unlucky not to score. They did shortly before half time with a sweetly taken free-kick from outside of the box (see below) only for THE 61 to race down the other end and make it 1-3 at half time. Despite being 1-3 up Mr 61 FC wasn't happy with his team's performance and made his feelings shown from the dug out area. 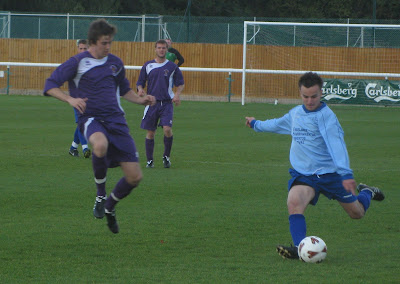 In the 2nd half Southill put all the pressure on and The 61 played on the counter attack nearly scoring a fourth when Southill cleared off the line after some very brave play by their centre forward who went off injured shortly after. Southill made it 2-3 with a very well taken shot and pilled the pressure on looking for an equaliser, the visitors broke and made it 2-4 and the game looked over with about 15 minutes left. 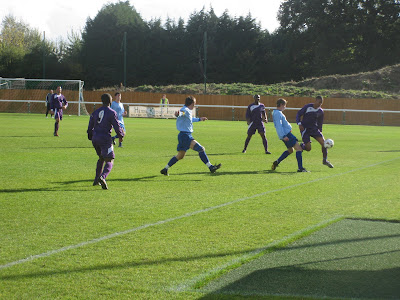 This wasn't the case as straight from the kick off it was 3-4 with another well taken goal. Despite more pressure from the home side they couldn't find an equaliser and visitors held on for a good hard working victory.

A great game of football played by two good sides in a very sporting manner with no nasty tackles at all. Well done to both teams. Official attendance - 12.

Southill are away at Campton in their next League game on the 24th October, The 61 FC (Luton) welcome Woodson Park to their home ground on the 17th October in the SSML Divsion Two.

**Good shot by Southill saved by the 61'S keeper**