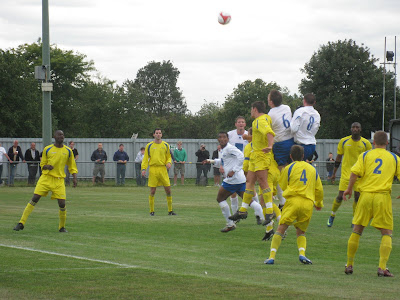 Potters Bar Town left Goldsdown Road yesterday with a deserved point after the two defences seemed to be on top for much of the game.

Potters played really well in the first twenty minutes and were much the better team, A great shot from the edge of the box by Captain Joe O'Brien was excellently saved by Rob Blackburne in the Town goal. Just a few minutes later more pressure from the away team caused them to hit the woodwork, Town's defence again looked strong and the ball was cleared. 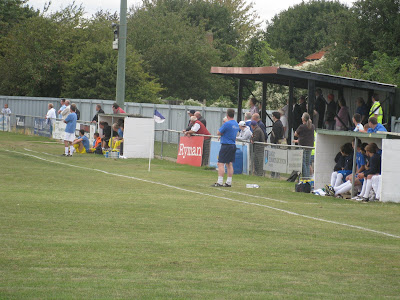 ****Adam Lee and Steve Newing on the touchline yesterday****

On 25 minutes Fabio Valenti playing in his preferred front roll cut in from the left hand side and his shot from inside the box looked like it went under ex town stopper Jason Willis. 1-0 to Town against the run of play. 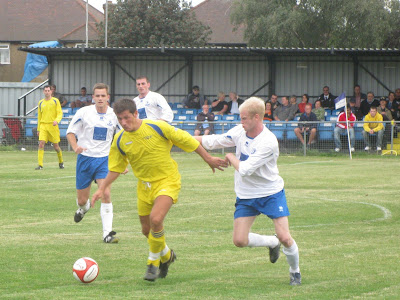 Adam 'Gunz' Wallace and Fabio playing up front worked hard but it looked like Town were missing the constant running of suspended and injured Stuart Blackburne. Rudi Hall playing on the left side of midfield was disciplined in what is not his favoured position. 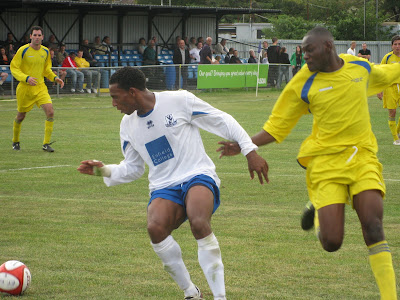 There were some comments from some supporters that Shayne Johnson on the right of midfield didn't have a good game, the cold end would like to see Shayne use his pace which he looks to have lots of by running at defenders and causing them problems towards the box. 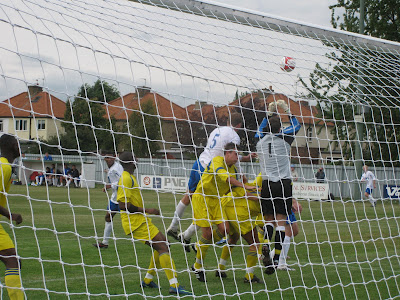 Town's defence of Marks, Ellams, Wild and Edwards with Mckay coming on in the 2nd half again looked good. Potters went down to Ten men in the 2nd half with captain Joe O'Brien being dismissed for a 2nd bookable offence for appearing to handball the ball into the net.

The scholar's assistant Adam Fisk was then dismissed from the dugout and joined the handful of Scholars's fans behind the cold end goal . 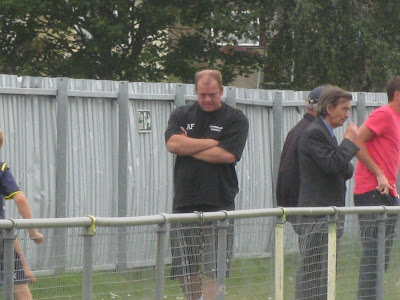 ****Adam Fisk behind the goal at the cold end yesterday****

This should of been the catalyst for Town to go on and score a 2nd but it was ex towner Ellis 'the talisman' Remy making his Scholars debut that scored a deserved equaliser for our near neighbours in the 75th minute when after a defensive mix-up he shot under Rob Blackburne from close range. Ellis who was one of Town's better players last year looked busy up front for the Scholars. He was nicknamed the Talisman last season as in most games he played for us we seemed to do well. 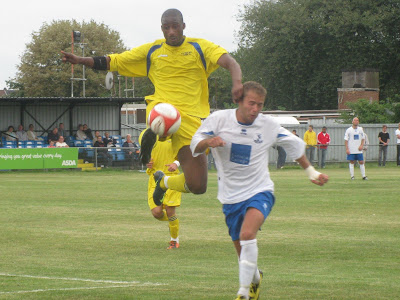 It's an argument if this was a point gained or two points lost. The cold end always likes to be positive especially when Town are concerned so I'll go for a point gained and 11 points from 6 games still a good record for the boys in blue and white. Also on the positive side, in the three previous home games versus Ilford, Tilbury and Leverstock Green Town gave away penalties - Yesterday we didn't 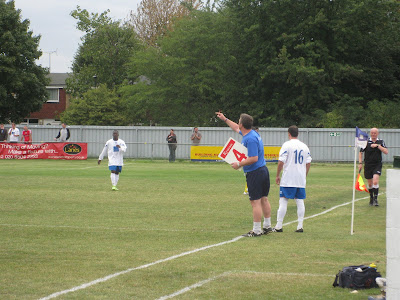 ****Not even the Italian could change things yesterday****