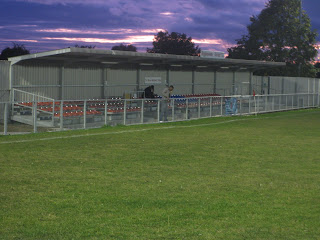 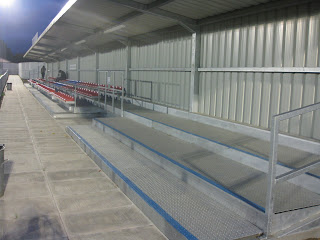 Langford deserved the win tonight at Second Meadow in this entertaining local derby match, The away side drew two good saves from the Bigglewade keeper in the first half and also hit the post after a well struck free kick from outside of the box was saved/dropped by the keeper into the path of a Langford forward who was very unlucky not to score.

Biggleswade knocked the ball around well but didn't have any shots of note and never troubled the Langford keeper.

In the second half it was much the same and it was Langford who took the lead from a corner swung in from the left was headed towards goal and tapped into the net by the Langford forward to much celebration.

Langford continued to be the most threatenting but the score remained 1-0. The away side missed a one on one with the keeper when the player should of done better and made it 2-0. Immediately after this United counter attacked and hit the bar with a shot from Brendan Cowell which would of stolen a point for the home side. However, It was was Langford who held out to win 1-0 who now have the local bragging rights in Bedfordshire.

Thanks to help from Biggleswade Town Council, Mid Beds District Council and the Football Foundation Second Meadow is now a fully encolsed stadium that would easily pass a Ryman League grading. As you can see the new stand on what was the hedge side of the ground is very impressive. Fans of lower league football in the Bedfordshire town are now blessed with two good standard stadiums with Biggleswade Town at the new Carlsberg Stadium and United at new improved Second Meadow.