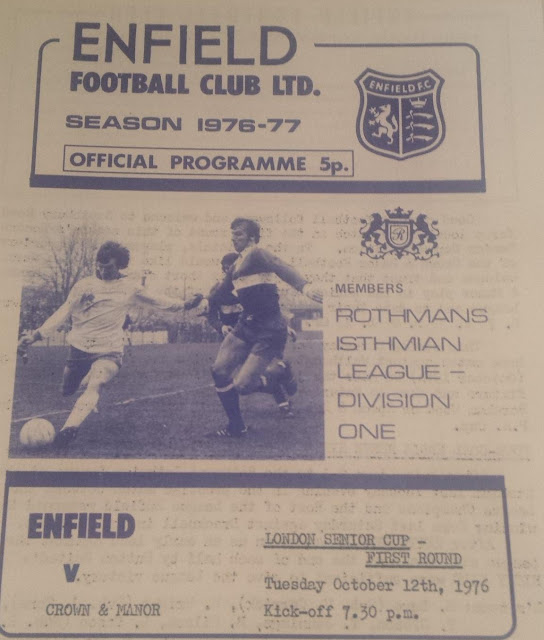 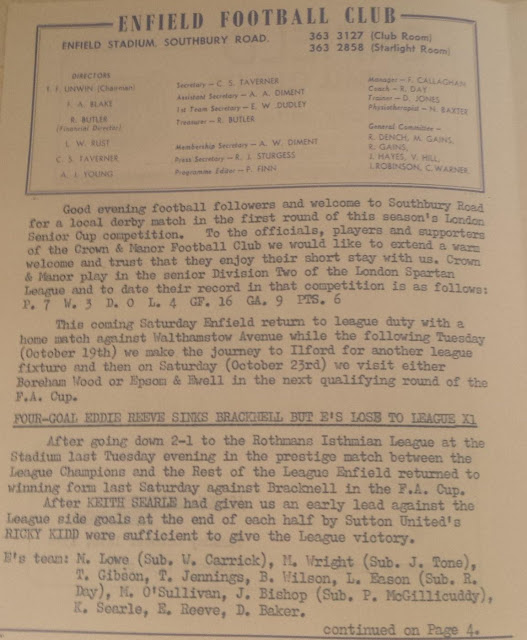 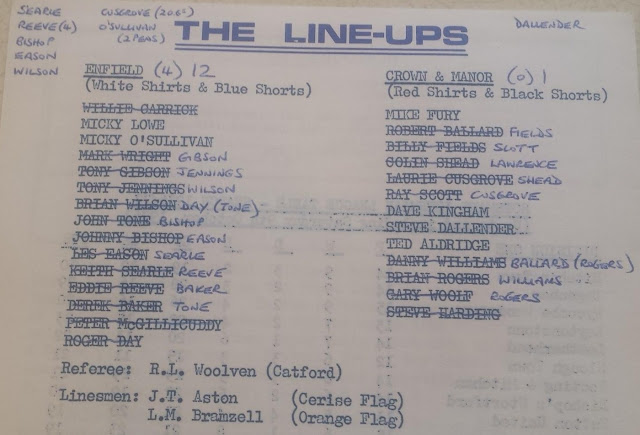 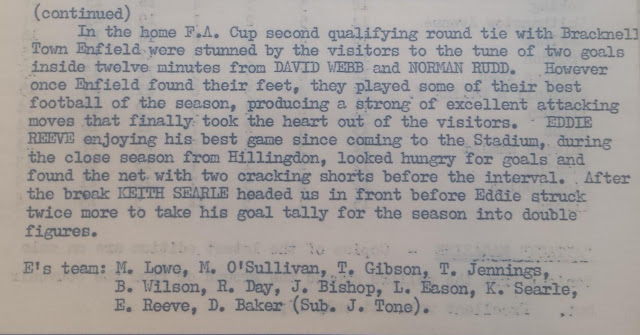 Just under 39 years ago on Tuesday 12th October 1976 Enfield FC (then of the Isthmian Premier Division) welcomed Crown and Manor (of the London Spartan League Division Two) for a London Senior Cup First Round game at Southbury Road. The E's were mid-table in the Premier Division but in the FA Cup had just beaten Bracknell Town 5-2 - coming from 0-2 down 'playing some of their best football of the season' - Eddie Reeve 'enjoying his best game since coming to the Stadium during the close season from Hillingdon' scored four of those five goals along with Keith Searle who headed the third goal. The E's played eleven games in the FA Cup that season against Hampton, Tilbury (x2), Bracknell Town, Epsom and Ewell (x2), Ilford (x2), Harwich and Parkeston (x2) before losing in the Second Round Proper to Crystal Palace 0-4.

In this game it was a bit of a mismatch with The E's leading 4-1 at half time (Steve Dallender got C&M's goal) and ending up 12-1 winners with that man Reeve scoring 4 more goals! Wimbledon won the 1976/77 competition beating Staines Town 1-0 in a replay after the first game ended 0-0.

The Crown And Manor club still exsists today providing a safe haven for boys and young men with football, boxing and table tennis activities amongst other activities. The club run a number of youth teams in various local leagues.

This season's London Senior Cup is underway with Beckenham Town recording a decent 2-5 victory at Tower Hamlets on Monday 28th September. The current holder's Hendon entertain Cray Valley (PM) in the second round.