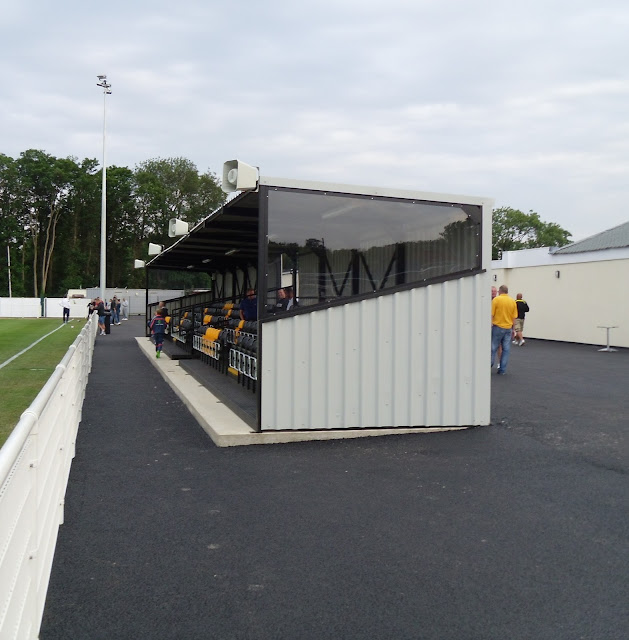 It was landlord v tennants at a new look Theobalds Lane last night as Ryman Division One (North) side Cheshunt took on Essex Senior League FC Romania. The 'away' side had the best of play in the first half and went 0-1 up thanks to a 30 yard screamer from Rotary (first name I am not sure of) which flew past Glenn Williamson in the Amber's goal. They played some good passing football but tired towards the end of the game.

Striker's Adam Bolle and Jason Hallett were introduced by Glen Alzapiedi in the the second half alongside ex Enfield Towner Joe O'Brien (centre back Dave Kendall also played for most of the game) and it was Bolle and Hallett who made the difference with two goals each. Both will be very important players this season for the Hertfordshire side - Hallett scored 28 goals for Waltham Abbey last season. Expect him to be right up the top of the scoring charts in Division One (North) once again this campaign.

The pitch and new stand look really impressive at Theobalds Lane - as you can see from the pictures it's a real upgrade on the old stand - there is lots of other building work going on with a new 3G pitch due to be completed soon so the future looks bright for The Ambers - The Cold End predicts they will finish alot higher than the 18th position they ended up in last season. 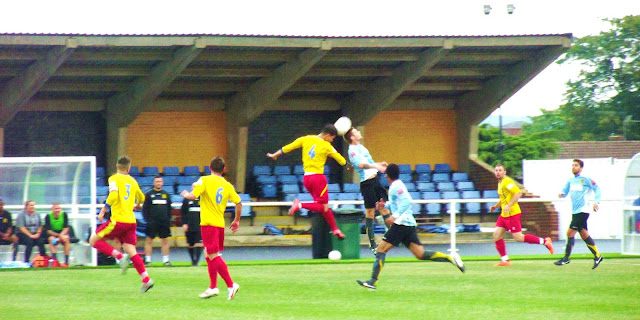 This was Cheshunt's second game of the week having recorded a 1-3 win at Spartan South Midlands Premier Division Sun Sports on Tuesday evening. They travel the short distance to Wodson Park tomorrow.

MATCH HIGHLIGHTS
including all the goals scored