WHEN YOUR LUCKS NOT IN? MUCH IMPROVED TOWN STILL DEFEATED

Enfield Town put in a much improved performance yesterday but as the saying goes when your lucks not in...you luck really isn't in! Town went ahead through a well taken Mark Kirby goal and it could of been 2-0 at half time if Liam Hope's free-kick had been a few inches lower and not crashed against the cross-bar. Noel Imber had also made two decent saves in the first 45 minutes to deny the away side.
It was then the game changing decision was made by the referee and his assistant. Billiercay's Issac Layne went through into the box after a quality high ball over the top. Joe Stevens put in a superb last ditch tackle which ended with Layne falling down in the area as some slight contact was made after the tackle. The referee didn't give the decision at first and it was only after glancing across to his assistant he blew up for a penalty kick. To make matters worst Stevens was rather harshly red carded and Town were down to 10 men. Was it a penalty kick? Stevens definitely wins the ball first so I think it wasn't but being an Enfield Town fan I may be biased?  Have a look on the video to make your mind up about it? It's from 4mins 18 secs on the footage.


Town who had seen Lee Allen, Corey Whitely and Chris Wild all leave the pitch with injuries looked to be holding on for a well deserved and hard earned draw only for Junior Luke to head home at the far post from a high right hand side cross with only a few minutes of the game to play.

The 1-2 defeat condemned Town to a run of form in the league which reads LDDLLL since the beginning of September. All I can say is that in yesterday's game the Town deserved a point at least and this form can be turned around starting with the FA Trophy game next Saturday when Lowestoft Town come to Donkey Lane. Although this won't be easy as The Trawlerboys smashed Carshalton Athletic 5-0 in the league yesterday with ex Dagenham and Redbridge player Jake Reed scoring four of those goals.

COME ON YOU TOWNERS!

The below set of pictures shows the penalty incident in stills - 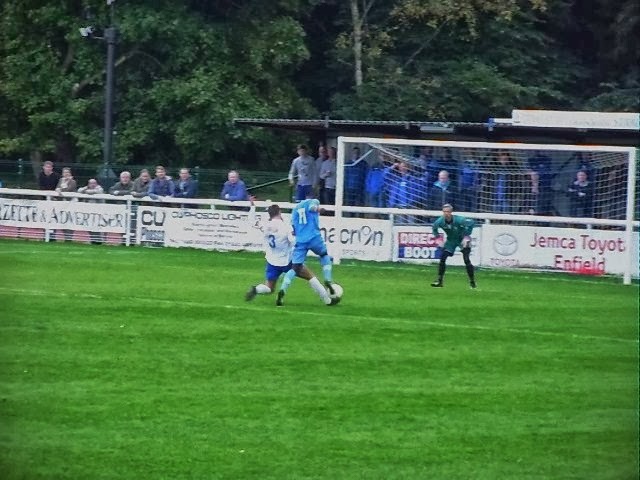 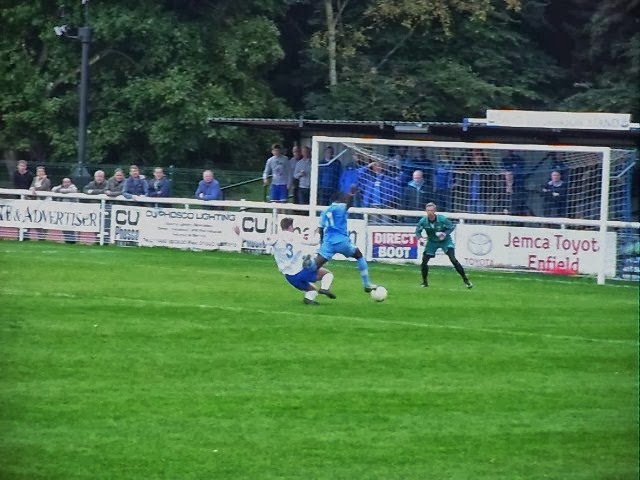 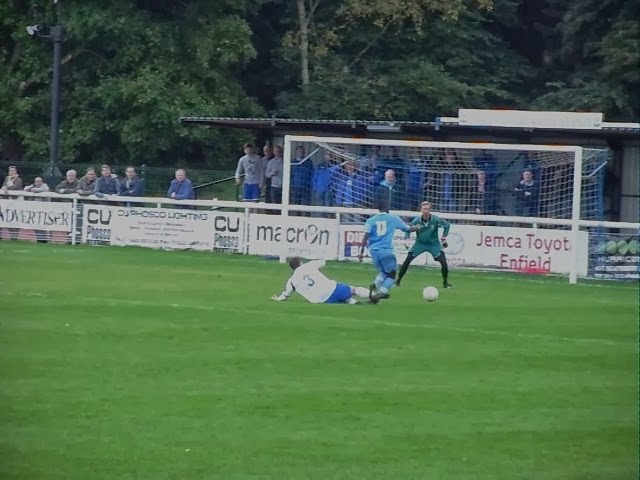 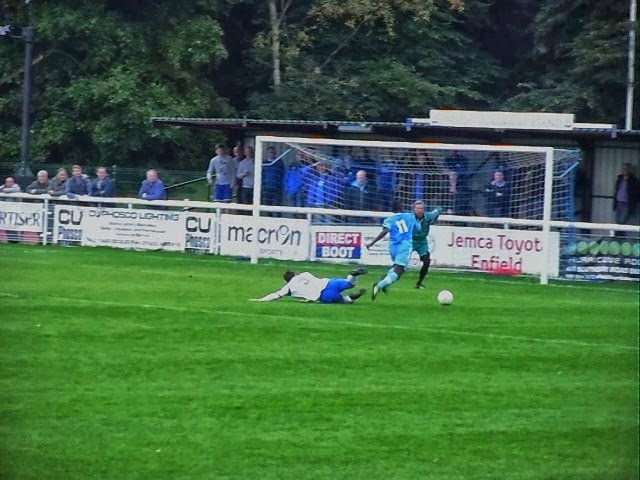 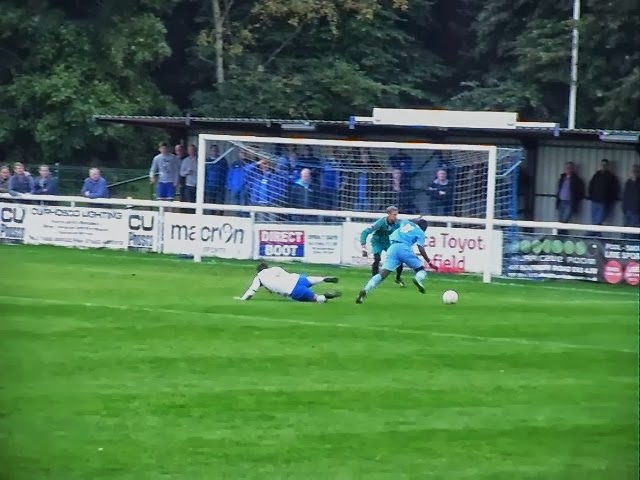 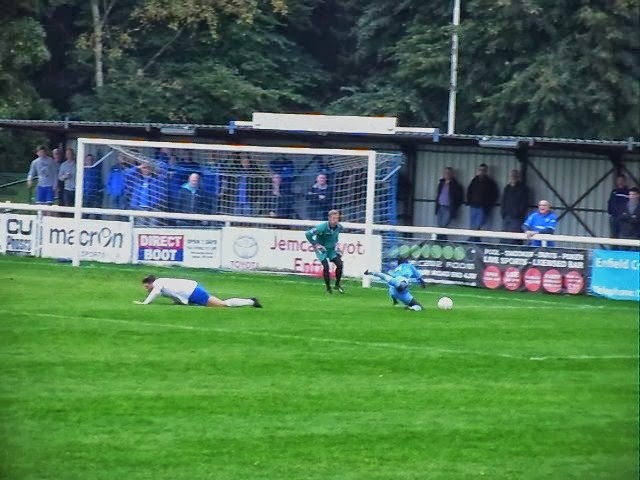