ROUTINE VICTORY FOR THE COD ARMY

Codicote welcomed Risborough Rangers to The Gosling Stadium today and continued their excellent start (now seven wins, one draw and no defeats from eight games) in their Spartan South Midlands League Division One season by recording a 3-0 victory. In truth it was a mostly forgettable game as both sides struggled to create any goal scoring opportunities aside from the two goals from open play the home side scored. 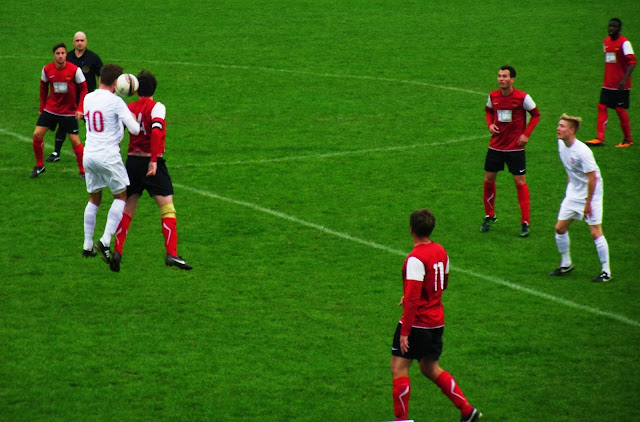 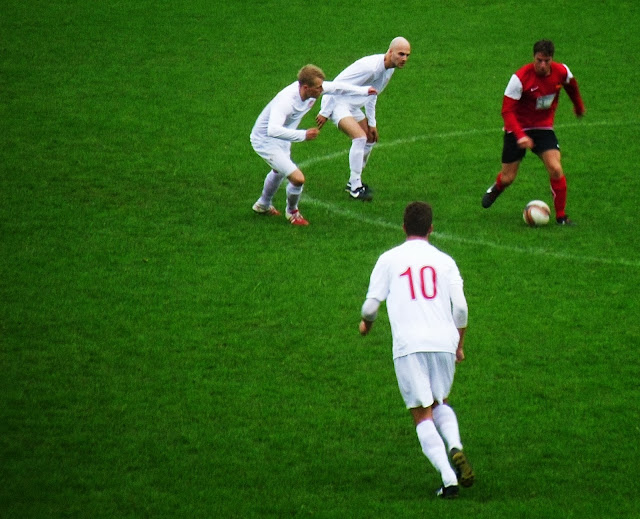 The talking point of the game came in the second half when the referee gave a penalty kick to Codicote following a handball in the box. If it was ball to hand or hand to ball wasn't the argument the Risborough player's put forward to the man in the middle as you'll see from the video. "THAT HIM IN THE F*****G FACE!" was Ranger's number 2's reaction who was extremely lucky not to be booked for dissent.

When will player's learn to respect the referee and their assistants as without them there will be no games to watch on a Saturday afternoon!!


The Spartan South Midlands League Division One promotion race looks like it's shaping up to be a highly exciting one with a number of teams involved. If twelfth placed Winslow win the six games in hand they have over current table topper's Welwyn they would go four points clear of them?