Skegness in Lincolnshire is probably most famous for The Butlins resort to the North end of the town and as with most British seaside towns when you visit you know what your going to get. As many Fish and Chip shops as you need, welcoming pubs, rides with enough arcades and slot machines you could shake a stick at. There are, of course, lots of other places to visit and on a Sunny day the award winning sandy beach is a wonderful place to spend time....It could of almost been the Costa Del Skeg when the cold end visited!! 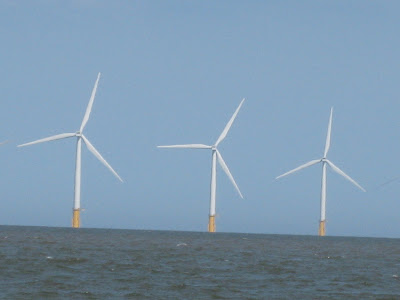 More importantly there is a Pier which is not one of the longest in the country as it was shortened due to major storm damage in 1978. 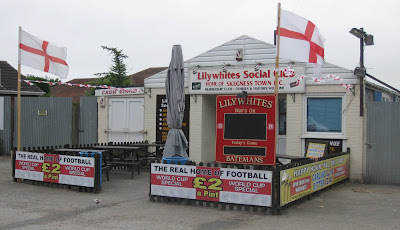 * The Lilywhites Social Club - "The real home of Football".

The town is also home to a non league football club - Skegness Town AFC. The Lilywhites as they are known (some people refer to them as The Seasiders) play in the Sills and Betteridge Lincolnshire Football League which is not officially a part of the Non League Pyramid/system. 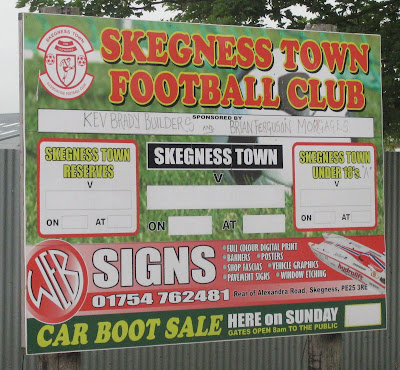 If it were, it would probably sit at Step 7 feeding into the Central Midlands League and the United Counties League. This is the same level as the Middlesex County League. Sleaford Town who won the league in 2004 were the last team to be promoted up and now play in the UCL Premier Division. 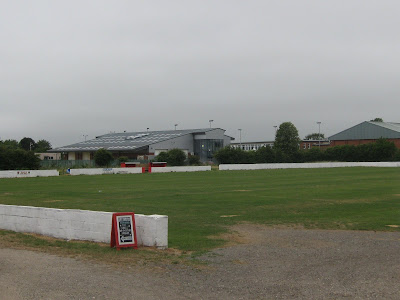 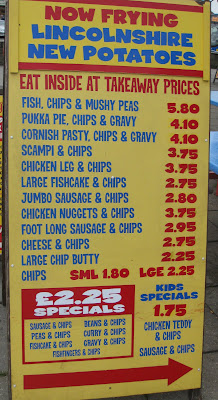 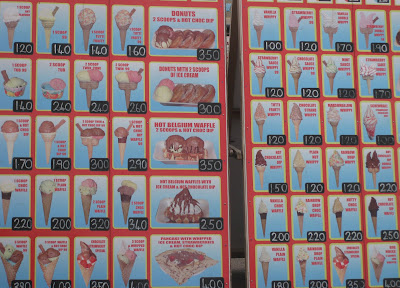 * Skeggy is not a Town to visit if your watching your weight.

Skegness joined the Lincolnshire League in 1992 after competing for one season in the North East Counties League and prior to that in the Midland League, they were crowned league champions in 2007 and 2008.

They currently do not enter the FA CUP or FA VASE but have done so in the past. Their glory glory year being way back in 1955 when they reached the 1st round proper of the FA CUP. Victories against Barton Town, Brigg Town, Grantham and Gainsborough Trinity set up a home tie with Worksop Town who recorded a 0-4 win, The Tigers went on to beat Bradford City before losing to Swindon Town in the 3rd Round. The club's last participation in the magic of the FA Cup was in 1985 and a 1st QR trip up the coast to face Goole Town where they lost 3-2. They entered the first ever FA Trophy competition in 1969/70 and competed up unitl 1976/77 never getting past the qualifying rounds. From 77/78 they competed in the FA Vase reaching the 4th round in 78/79 and the 5th round in 1981/82, both times Shepshed Charterhouse crushed the Wembley dreams of the Lilywhite's supporters and players. 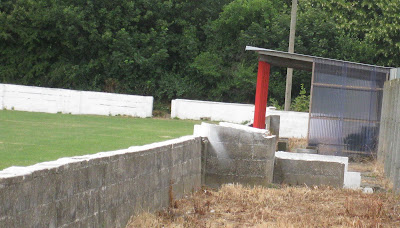 * The covered area on one side of Burgh Road

Their ground, Burgh Road, is a short walk for the delights of the sea-front. It boasts a welcoming club-house and bar with a white-bricked perimeter to the pitch and a small stand on one side to protect spectators from the elements. The rest of the ground is open apart from the dugouts on the far side, It looks a nice place to watch a game of football particularly if the 'real home of football' is still serving pints at £2 a go during the season!! 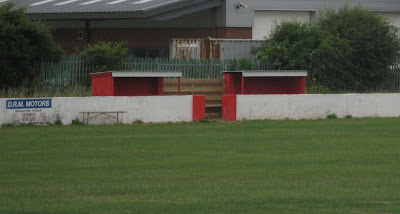 1) Goalkeeping legend Ray Clemence was born in the town in 1948.
2) Amongst it's nicknames are "Skegvegas" and "The Blackpool of the East Coast" as well as "Costa Del Skeg".
3) The Lynn and Inner Dowsing Wind Farm (pictured above) located off the coast of Skegness generates enough electricity to power 130,000 homes.
4) Skegness Pleasure Beach is home to four roller coasters named The Queen Bee, Storm, The Runaway Train and The Big Apple.
5) "Fantasy Island" located just outside of the town is also home to numerous rides and attractions including two larger roller coasters named The Millennium Coaster and The Jubilee Odyssey Coaster. It's also the location for Europe's largest indoor market which is open 7 days a week.