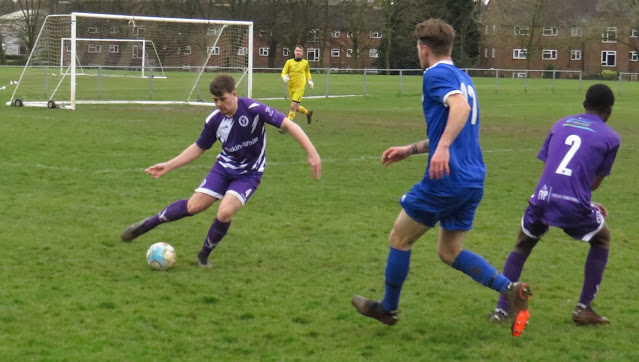 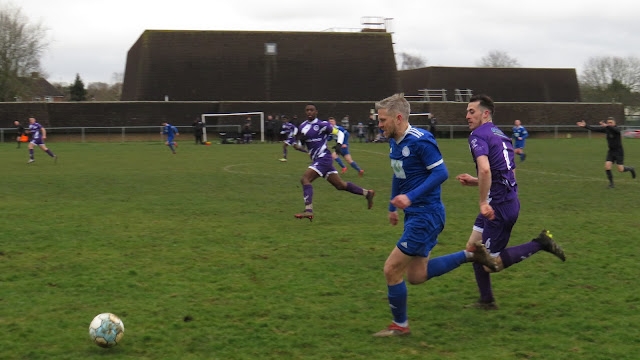 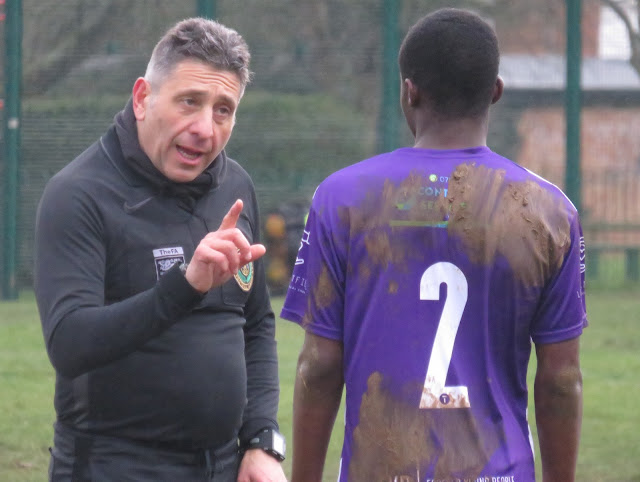 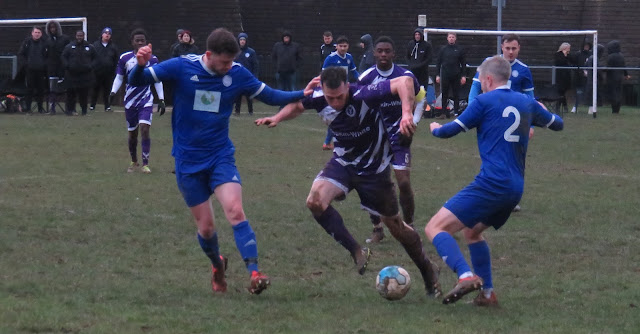 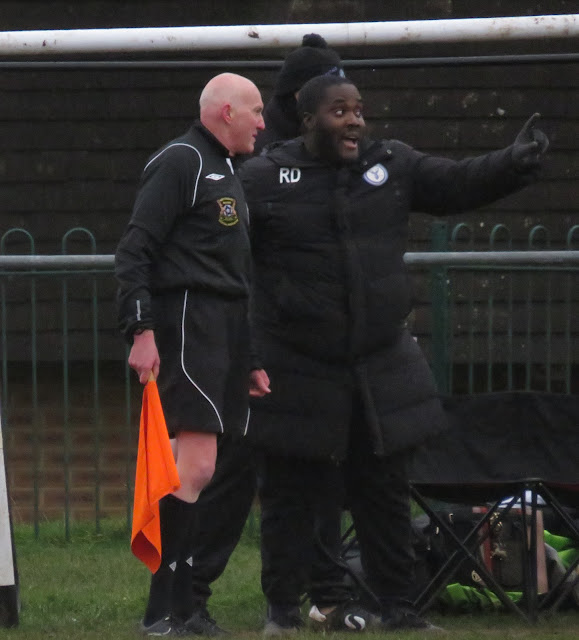 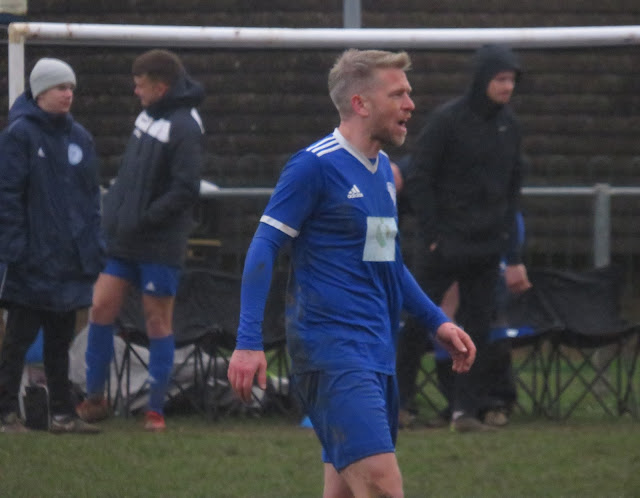 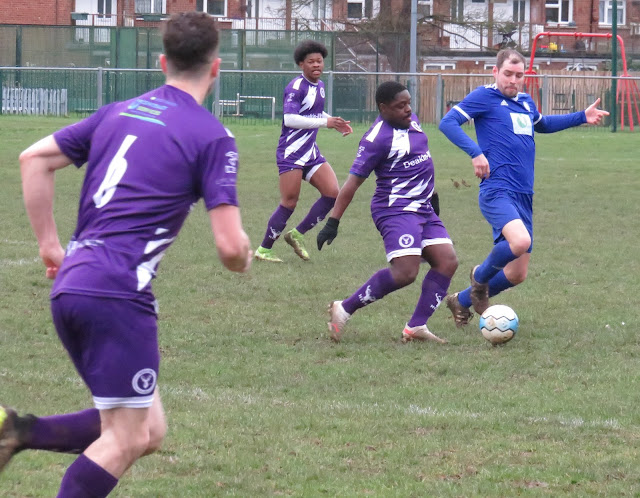 On overcast, chilly and rainy afternoon at Birchwood Leisure Centre it was Ware Sports who were much the better team in their Hertfordshire Senior County Premier Division game against Hatfield Town on Saturday. On a heavy bobbly pitch it was a goal in either half that made the final score 0-2 with The Stagz young goalkeeper Oliver Keil (pictured below) making a number of impressive saves to keep the score down to just two goals. Keil has played in the Spartan South Midlands League Premier Division and Division One this season for Crawley Green and Amersham Town. 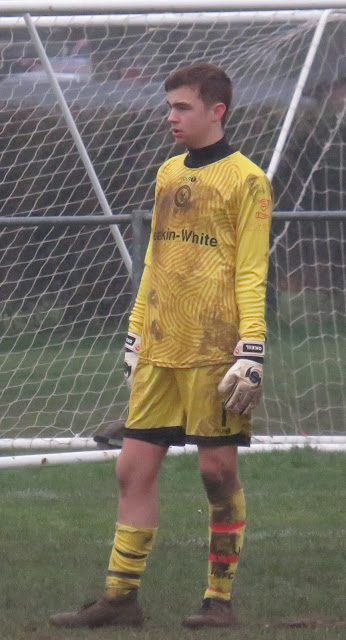 Hatfield Town are now on a run of six games without a win where they have lost four and drawn two. Manager Ray Dadzie and his assistant Kieron Extence have a good squad of young players who will improve going into the end of this season and the 2022/23 campaign.

Ware Sports next game is at home to Wingate & Finchley Development on Saturday 19th March before a very short midweek trip on Wednesday 23rd March to face one of the title favourite's in Bush Hill Rangers. For those that don't know Ware Sports play on the 3G pitch to the rear of Wodson Park with Rangers playing in the main stadium ground sharing with Ware FC.