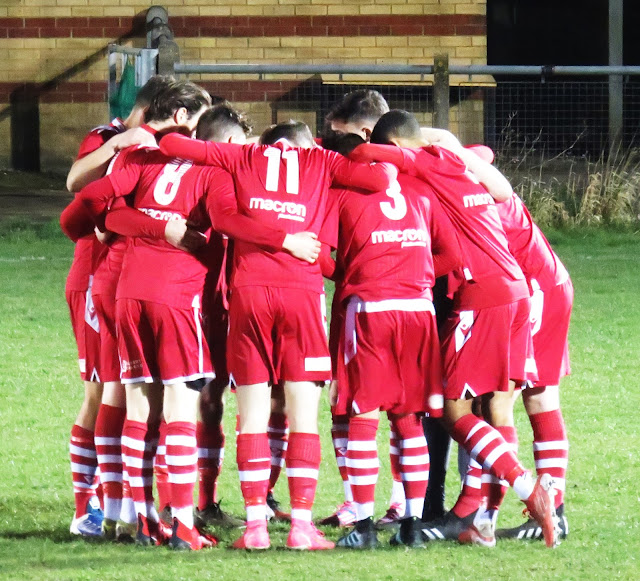 BALDOCK TOWN 0 HADLEY 1
GAME PLAYED ON WEDNESDAY 9th MARCH 2022
ATTENDANCE - 96
Baldock Town welcomed Hadley for a Spartan South Midlands League Premier Division game last Wednesday. It was the in-form visitor's who were the better side in the first half but credit to the home side who came back into the game in the second half but found Hadley's defence too good to breach.
Luke Ward in the Hadley goal made a great save just before the break and right at the end of the game was involved in a dramatic incident when the referee at first awarded a penalty kick after adjudging him to have brought down a Baldock player in the box. After consulting his Assistant he reversed his decision which looking at the replay was correct - A great bit of officiating.

Former Edgware Town player Zach Uribarri was the goal scorer for Hadley with a great run into the box from the left hand side enabling him to pass the ball into the net from an acute angle.

Baldock Town are in the battle to beat the drop at the bottom of the division as the current table shows. The side who finishes bottom will be relegated with twelve out of the sixteen clubs with the best best PPG that finish second from bottom at step five  will be reprieved.


Hadley are at the opposite end of the table but are ten points behind Risborough Rangers in second place. The Champions will be promoted to step four with the ten best runner's up across step five rated on PPG basis also promoted - The remaining six teams will contest one off play-off match with the six second bottom step four sides with the the lowest PPG record with the winner playing at step four for the 22/23 season. At the moment it looks like the current top two will be the final top two but it what order?
The final day of the season is Saturday 23rd April with Risborough Rangers hosting New Salamis - What a game this could be?
Hadley followed this victory up with a fantastic 2-0 victory over step three Royston Town in the Hertfordshire Senior Cup Semi-Final last Saturday. They will play Cheshunt in the final in April - It's the first time they have ever got to the final - An amazing achievement for a step five side.
Spartan South Midlands League Premier Division Current Table
Top Four Only
MATCH HIGHLIGHTS - SHORT
MATCH HIGHLIGHTS - LONG
PENALTY DECISION