FRUSTRATING AFTERNOON AS TEN MEN AMBERS HOLD ON AGAINST TOWN

It was all square in the "A1O EL CLASSICO" as The Ambers, with Glen Parry in temporary charge, earned a point against Enfield Town. It was a familiar story for the Town as they had large amounts of the possession and passed the ball around really well but failed to really keep Cheshunt goal keeper Glenn Williamson busy throughout the 90 minutes.  The Ambers were obviously fired up in the first 10 to 15 minutes as the tackles flew (some good and some late) in against the attacking Town side. They took the lead via a free kick on the edge of the box which was floated in and headed down for Chris Sargent to slot the ball past Town debutant keeper Noel Imber. 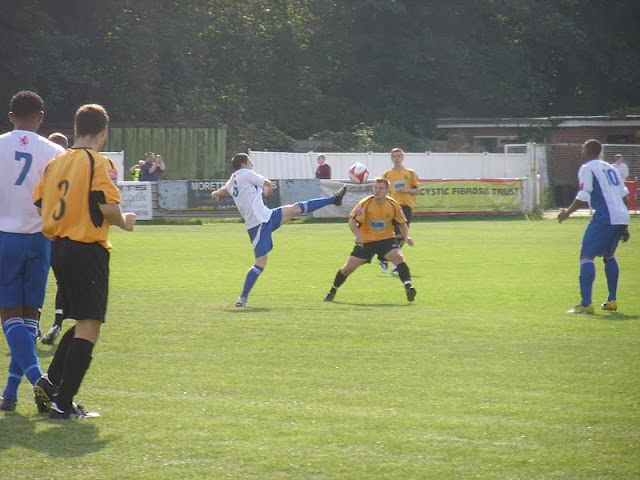 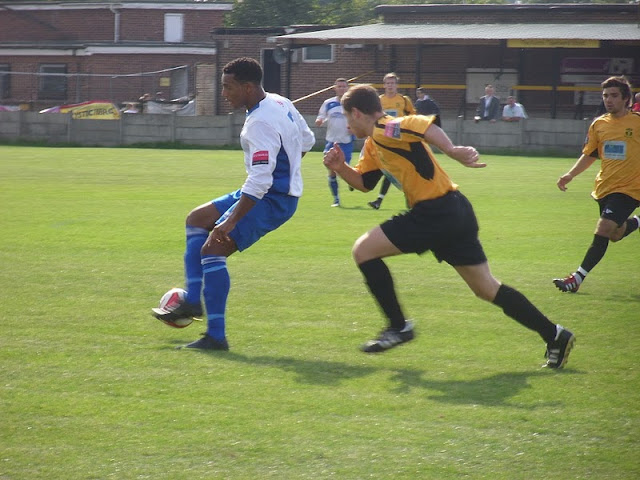 They were reduced to 10 men shortly before half time when Dan Roles apparently elbowed Jon Moore. I can't comment on that as even though it happened right in front of me, in the words of Arsene Wenger 'I did not see it!!' and neither did the cold end camera.

Shortly after that incident Lee Allen, who had a good performance in the centre of midfield, put in a high and somewhat late challenge on a Cheshunt player right in front of the referee. With the Amber's fans calling for a red card.......I think it's safe to say Lee was lucky and got away lightly with only a yellow.
The half finished with Daniel Ailey hitting the post with a header back across goal from a Jey Siva cross on the left hand side.

The Second Half was all Enfield Town as they went for an equaliser with the Ambers using the dangerous pace of substitute Chris Meikle on the counter attack which nearly caught Town out on one occasion when Imber made a good save.

Substitute Stuart Blackburne was very unlucky to hit the post with his shot across goal. At that point it looked like it was going to be 'just one of those days'.
Town got a deserved equaliser when Adam Wallace rose to head a corner kick past Williamson and were denied what looked a perfectly good winner when Blackburne was flagged offside. See below picture and the video to judge for yourself. 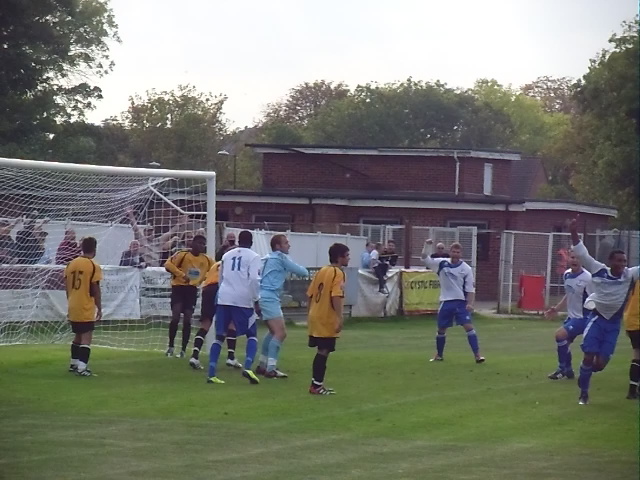 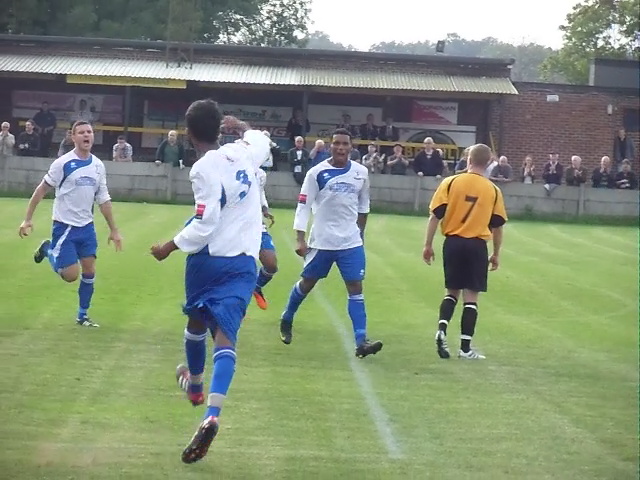 So in the end another frustrating afternoon for Enfield Town as only a point was earned when it really should of been three with all the attacking play shown. The positives are all there to see and I'm sure that Town will beat a side by a good number of goals very soon.
MATCH HIGHLIGHTS ARE BELOW...WELL WORTH A WATCH
at 10:33