THE CANARIES ARE PROMOTED

Norwich City weren't the only Canaries promoted on Bank Holiday Monday as Hitchin Town, who the cold end had seen beat Slough Town in their play-off semi-final last week, sealed promotion from the Zamaretto Division One (Central) with a 2-0 victory over Daventry Town at Top Field. 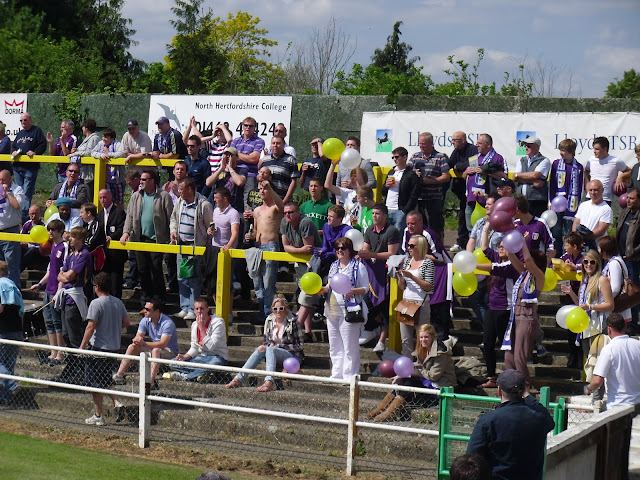 The cold end was back today in a crowd of 1,048 to see the visitors having the best chances of a rather cagey opening half an hour. Hitchin Town scored the all important goals in either half by John Frendo and Dean Gilbert. The visitors backed by a very vocal support from Northamptonshire hit the bar and post in one move in the second half but weren't able to hit the back of the net. They'll be disappointed after losing but can look back at a very successful debut season in the Zamaretto Division One (Central) and build for next season's campaign. Modus Hopper Random was also at the game yesterday as well as the Slough Town and Arlesey Town games - Read the article about all three games  here. 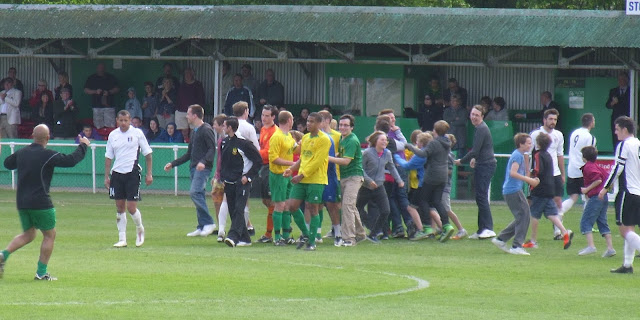 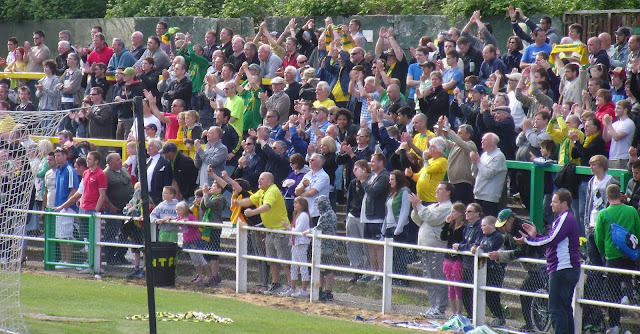 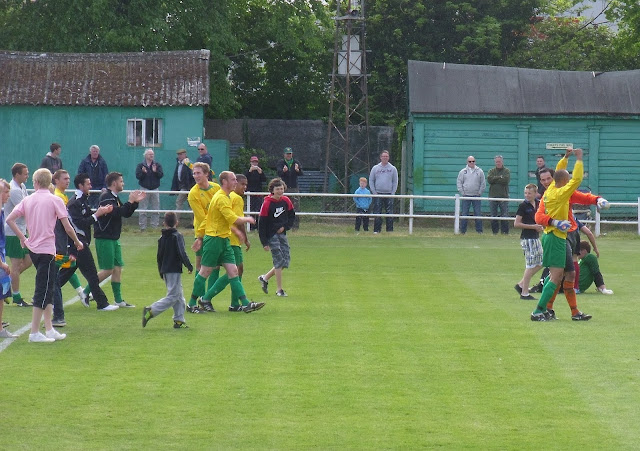 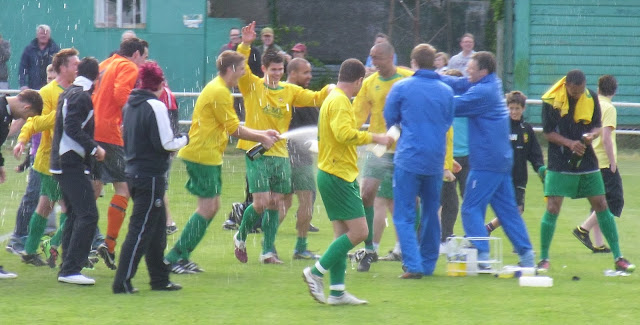 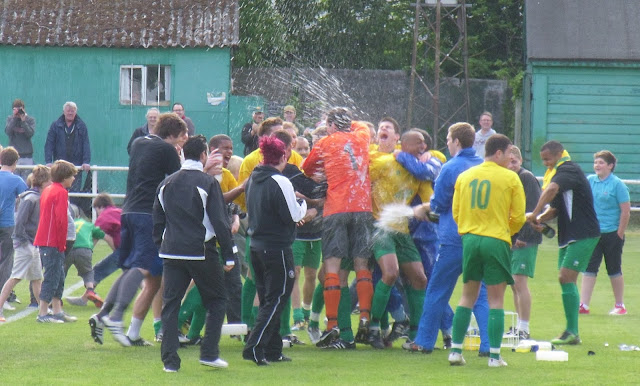 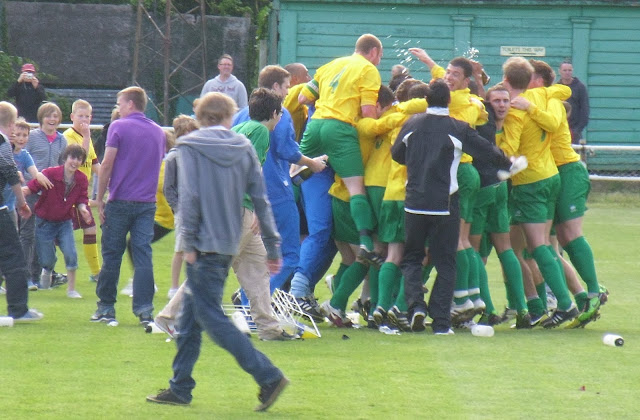 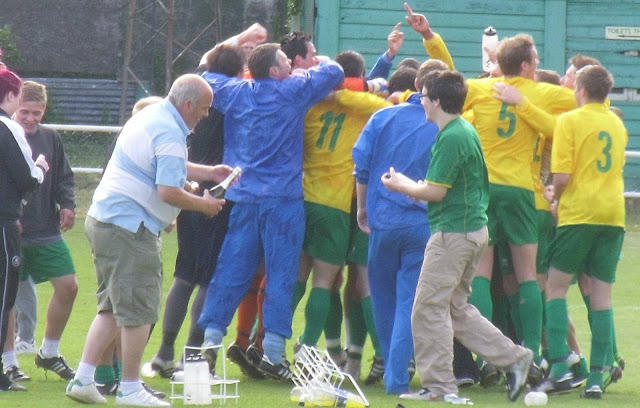 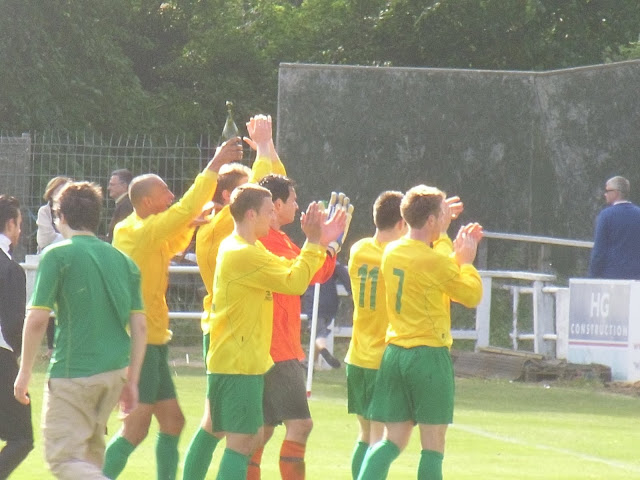 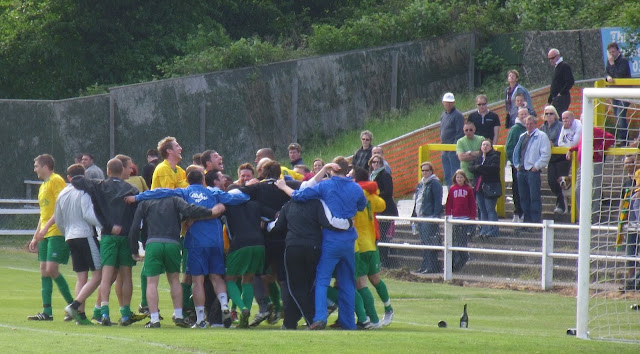 ﻿
﻿ For Hitchin Town fans it's promotion and a chance to continue their local rivalry with Arlesey Town as well as some good new away trips to plan. Weymouth away on the opening day of the season has a nice ring to it!!

Here are the all important full match highlights including both goals -