THE BURY BOYS WIN FOURTH GAME IN A ROW 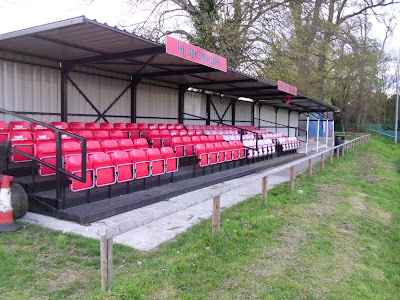 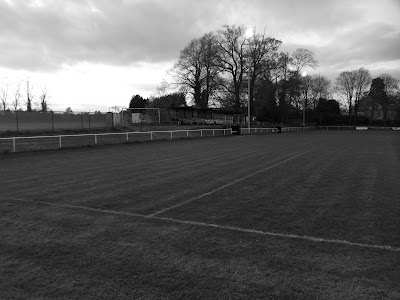 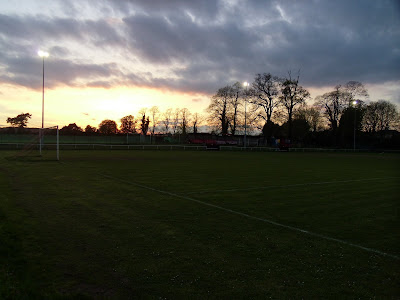 The Spartan South Midlands League served up another brilliant game on Thursday night at The Recreation Ground as St Margaretsbury took on Oxhey Jets in a Premier Division game.

Both teams are down toward the bottom of the table with prior to the game St Mags winning 12 of their 37 league games and Oxhey Jets 12 from 40.

Both teams had played on Tuesday night with St Mags beating Hadley at home 2-0 and Oxhey Jets drawing 2-2 at home to Harefield United. The Jets were missing some key players but both sides played their part in a thoroughly entertaining match in front of a crowd of thirty people.

The cold end thought Chris Bell had a good game on the right wing for the home side putting over an impressive cross for the third goal. Oxhey Jets number 7 in the centre of midfield (who at the time of writing I am unaware of his name....I'm sure someone may update me) also stood out showing some good skill on the ball with lots of the Jets playing going via his long range passing.

The match highlights are below which contain loads of goals and chances including a brilliant lobbed goal by St Mags (5mins 20secs +) and a quality save from the top draw by the home keeper right in the last few minutes of the game (4mins 40sec +). The game was played in an excellent spirit and is a great advert for supporters to get out and support their local non-league football club.

St Mags have now gained 12 league points in the last week winning on Thursday, Saturday, Tuesday and Thursday. The Jets last win on the road came back on the 15th February when they won 5-1 at Kentish Town. Since then they have played six times away from home without a win at Langford, Holmer Green, Leverstock Green, Biggleswade United, Haringey Borough and St Margaretsbury. They travel to Hertford Town tomorrow.

St Mags last won four league games in a row in February and March 2009 when they won five in a row away at Haringey Borough and Kentish Town along with home games versus Cockfosters, Welwyn Garden City and Colney Heath. The Bury Boys can equal this five game winning record with a victory at home to Hillingdon Borough tomorrow.