RUDI GETS HIS CENTURY & MIDFIELDER FORWARD BAGS A BRACE 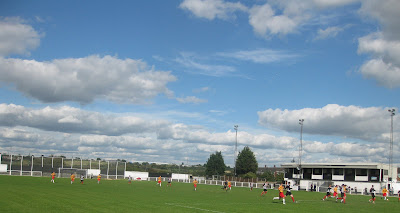 A fantastic second half performance brought home another valuable three points for the Town against The Dockers played with ten men from 25 minutes after Ben Boyce was sent off. 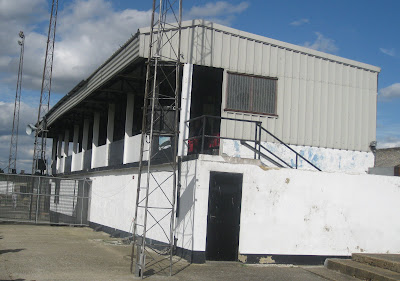 The first half was largely a non-event on the pitch as there was little of no goalmouth action from either side. The home side had their best chance of the game after 20 minutes when Chris Taylor ran on to a through ball on the right hand side to put a good shot in on goal which unfortunately for him when high over Rob Blackburne's goal. 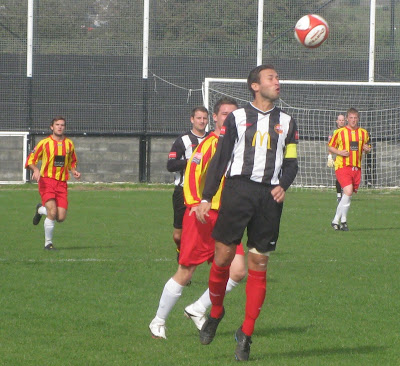 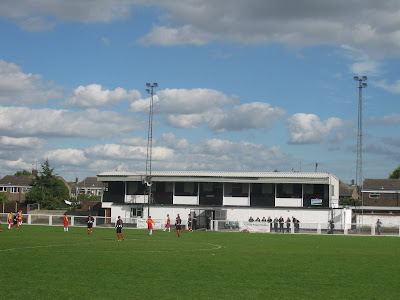 The red card handed out by referee Mr Bentley was the talking point of the half. Craig McKay, who put in another accomplished performance at the back, fouled Boyce by pulling him back and not allowing him through on goal just outside of the box. It wasn't a nasty foul just a standard one you see committed every Saturday afternoon. McKay and Boyce came together afterwards with Boyce's reacting by raising his hand which appeared to make contact with the Town defender's face. The referee was close to the incident and gave Boyce the opportunity to take an early bath. 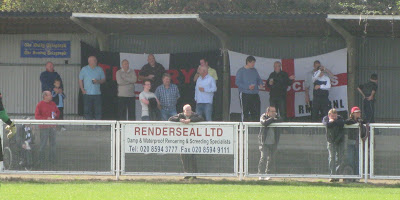 This incident triggered off some of the Tilbury supporter's to barrack their player leaving the pitch and direct some anger at manager Paul Vaughan whose side has been suffering on the discipline front all season. The Docker's fans always seem a good bunch and it's nice to see a set of opposing supporters cheering on their team. Some of them though, after only one win in six league games combined with a large amount of red cards and yellow cards accumulated, are not happy with the current management structure in place at the club. 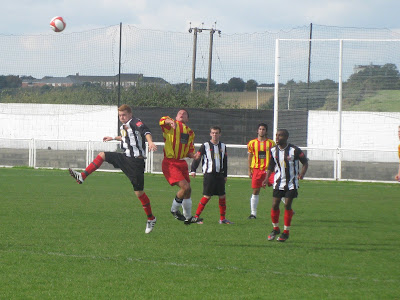 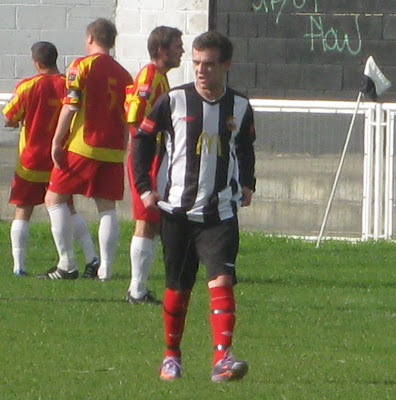 Above - After being red carded Ben Boyce makes the slow walk off the pitch to a less than sympathetic reaction from some of the Tilbury fan's present.

The second half was the complete opposite to he first half as Town created chance after chance with the Docker's rarely if at all once threatening Rob Blackburne's goal.

It was 0-1 when a looping Rudi Hall corner was headed back from the far post by Mark Kirby for his centre back partner Craig McKay to scored a rare goal by heading the ball in the net at the other post. 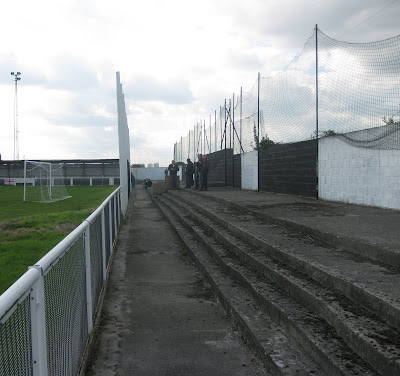 Town got their second when Sam Byfield put a pass from left to right wing for Deniz Mehmet to pick up and take the ball on a mazy run past the Tilbury back line allowing him to slide the ball into Dan Forward who hit the ball first time past James Marrable in the home goal. 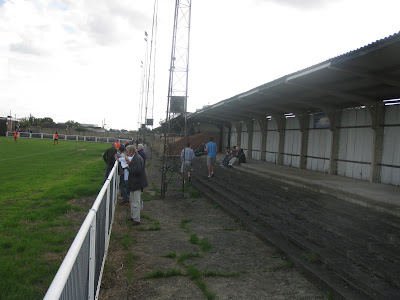 Referee Mr Bentley needs to be mentioned at this point, he seems to be an official with a bit of character. Some good natured banter from the Town fan's was answered back with "I'll deal with this." Conversations between the crowd to referee and back again can only happen in non-league football, it was fantastic to see and well received by the Town faithful. 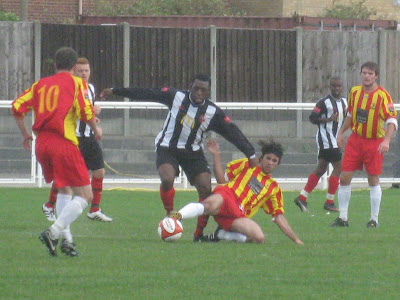 Town seemed to relax then and played some excellent football keeping retention of the ball well and making Tilbury work extra hard with only 10 men. Substitute Fabio Valenti even got aboard the showboat with a magic piece of skill to get past a Tilbury defender.

The third goal was scored from the penalty spot after a Tilbury defender was adjudged to have handled in the box. The milestone and superb achievement of Rudi Hall scoring his 100th goal for the club was celebrated in the stands and on the pitch by all connected to the club. The miles Rudi covers to come and play for the club can't be overlooked - you are a true Enfield Town legend!! Goals number 101 and 102 on Tuesday night would be nice.

Dan Forward finished it off late on gaining his 2nd goal when rounding Marrable to slot the ball into the net. 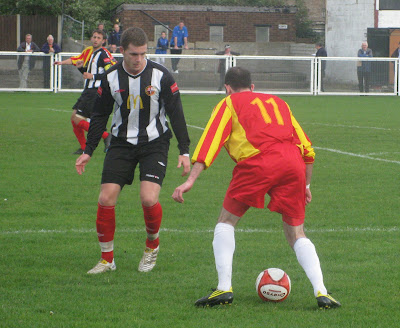 To score four goals away from home with Stuart Blackburne and Adam Wallace not available gaining another clean sheet with the whole team putting in a first-class performance in the second half was great to see. I think The Dockers are a better team than their current league position says they are, if they can sort out the indiscipline on the pitch they will pick up points this season. Had they stayed with eleven men they may have proved tough to breakdown allowing the pacey Joel Etienne Clarke and Nathan Gordon to cause problems up front. The cold end was impressed by skipper Ben Turner at centre back for the Dockers. He was very vocal even when his team was 0-3 and 0-4 down and looks a good accomplished defender. He has made the step up this season from Essex Senior League Barking and was in many ESL supporter's team of the year last year.

The cold end man of the match is another close run thing this weekend. Deniz Mehmet put in another good performance on the right wing with Craig McKay standing out at the back along with Rudi Hall controlling things with ease in centre of the park. 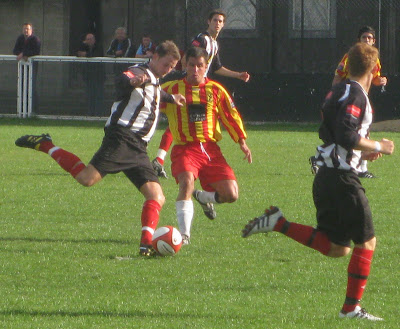 The award this week again goes to two players - Dan Forward for his two goals from midfield and Mckay for all his hard work at the back for the Town. Both Dan and Craig scored their first goals for the club on a day when Rudi scored his 100th!!


MATCH HIGHLIGHTS INCLUDING ALL FOUR GOALS BELOW -