EARLY CONTENDER FOR GOAL OF THE SEASON AT COLNEY HEATH?? 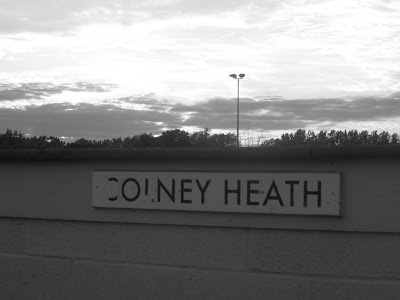 Town scored two second half goals to secure victory against their Spartan South Midlands Premier Division hosts in the pre season friendly game played last night in Hertfordshire. The first goal was scored by Daniel Jones, his skillful chip from just inside the edge of the penalty box could be an early season contender for goal of the season?? It was good to see the Town team spirit is still there as when Jones was celebrating his goal the other players told him he was offside and pointed towards the assistant referee. Daniel looked gutted for a few seconds but then realised it was a wind-up and joined in with the banter. 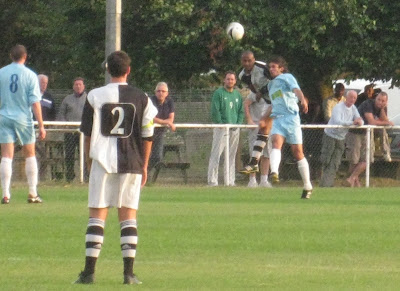 Jones, a half time substitute, capped off a good performance for Town with a shot on target which was tipped over the bar by the Colney keeper and then setting up the 2nd ringht at the end of the game when another substitute Bryan Hammat stooped to head his cross, from the right hand side, under the keeper and into the back of the net. 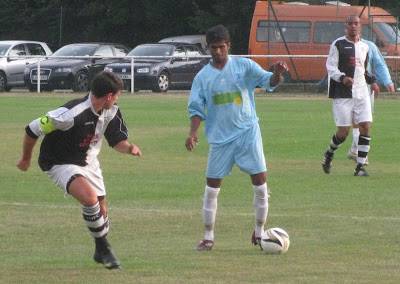 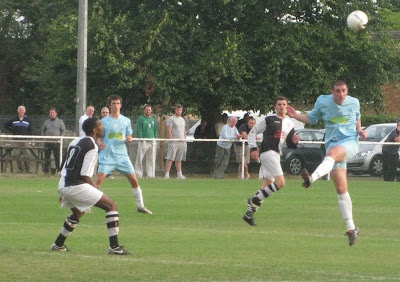 All in all a very encouraging performance from the Town squad. The cold end was impressed with another new player in Jay Siva who played on the left wing for the first half. He was involved in many of Town's attacks and put over some good crosses to create chances for Stuart Blackburne and Adam Wallace. Silva linked up well with Michael Bardle at left-back. Steve changed most of the side at half time but despite this throughout the 90 minutes Colney only had one real chance of note with a shot across the goal which went wide of the target. 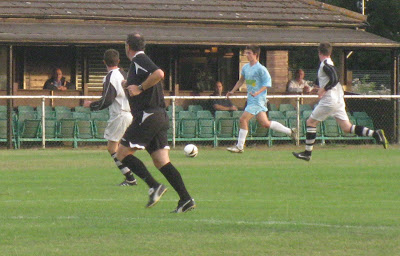 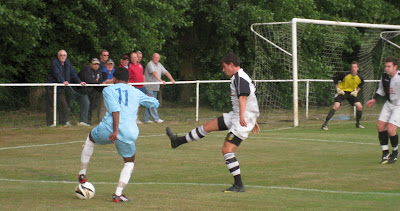 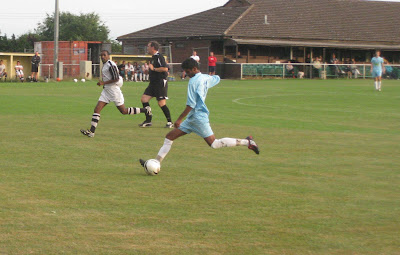 Watch the match highlights below including Daniel Jones's quality chipped goal...apologies for the shoddy camera work for the 2nd goal: