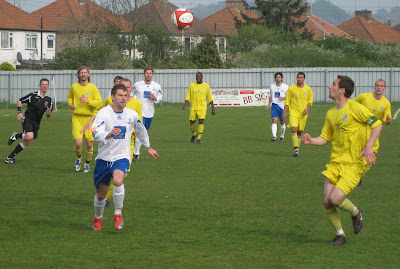 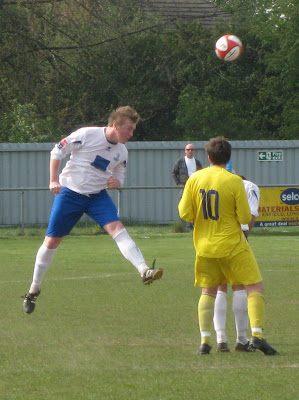 Most supporters thought yesterday's game was going to be a cagey one and it turned out that way with very few incidents of goalmouth action. Enfield had the best chances with Wingate's veteran keeper Gavin King the busier compared to Enfield Town's Rob Blackburne.

Looking at Town's top scorer Staurt Blackburne warming the bench along with Wingate's Leon Smith, a gambler may have had some money on the game ending without any goals.

The first half had three talking points. Firstly the actions of W&F's Jordan Fowler after coming together with Town's Paul Marks he appeared to elbow his opponent and was subsequently red carded by referee John Scott. When the card was shown his reaction to push Marksy in the chest should not go down well in the official's report.

The game threatened to boil over then when two of Wingate's players tangled with the busy Marks, the player's challenge was a poor one and his late kick out against Marksy caused the Town fan's to ask for another red card to be shown. You can see from the footage gained if a card was shown there wouldn't have been any complaints upon looking at it for a second time. 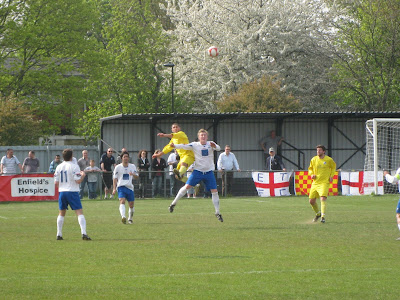 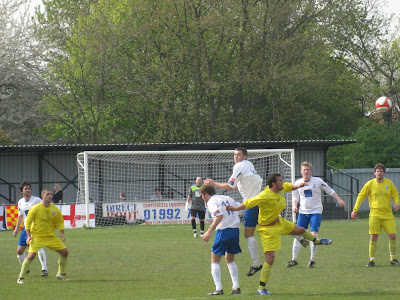 The third incident of the half was Gavin King's save from a shot on target from the edge of the six yard box after some good work from Adam Wallace.

Wingate's ten men held firm in the second half and the game petered out into a 0-0 stalemate. The best chance of the half was from Stuart Blackburne whose late looping effort was tipped over the bar by King after helping on Hammond's cross.

So it's onto The Harry Abrahams Stadium on Tuesday night for the play-off semi-final. The dry and bobbly pitch at Goldsdown Road didn't help yesterday with the renowned surface at Summers Lane bound to make for a better game on Tuesday night so it's all to play for. 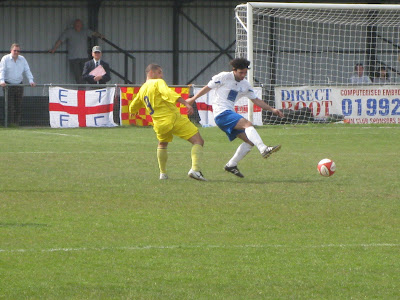