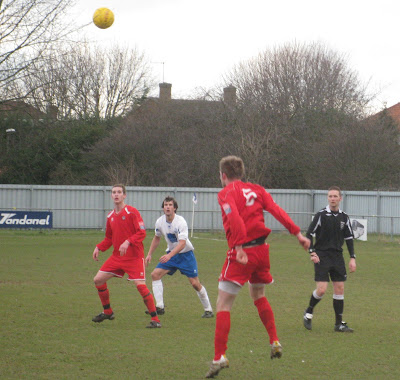 With Paul Marks suspended and Rudi Hall's suspension due to start next week the town management shuffled their pack for the starting line up. Andy Jones, made his first start since the 1st December against Wingate and Finchley in the league cup together with Jon Moore, who making his first league start for the Town made up the centre midfield pairing for the start of the match. 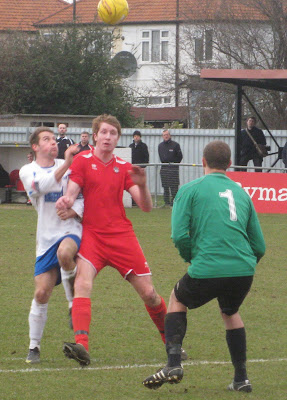 Stuart Blackburne also made his first start since returning from his injury with Adam Wallace dropping to the bench. 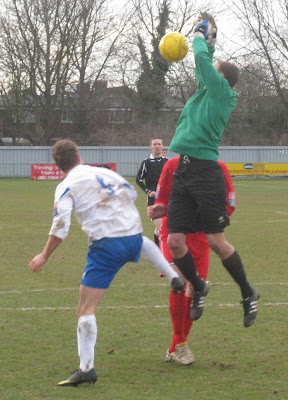 Moore and Jones played very well together with the former impressing with his energetic box to box play and in particular his late run into the box which created an excellent chance. Jones looked composed and worked very hard putting in number of well timed and excellent challenges on various Northwood players. 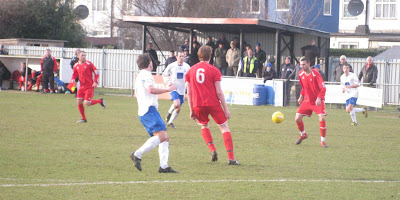 It was really a game of few chances with the Northwood front pairing of Leon Osei and Eugene Ofori (who always seems to score against Town) marked near enough out of the game by Town centre backs Craig McKay and Mark Kirby. Northwood, who came into the game having scored 13 goals in their last six games only created two significant chances in the whole 90 minutes as the town back four and Rob Blackburne chalked up their 2nd clean sheet in row. 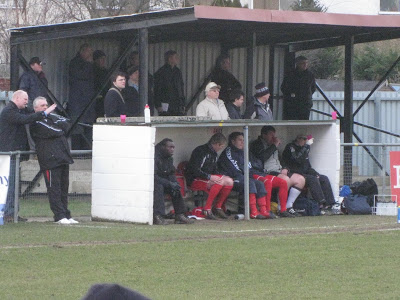 It was all town in the first 10 minutes as Stuart Blackburne got a shot on target which all but looked a goal only for Harry Smart to clear the ball off the line at the last moment possible. Sam Byfield who had a great game on the left wing then had a good shot in on goal. Moments later Moore volleyed to ball past Bobby Smith in the Northwood goal after receiving a pass from Blackburne only for the post to save the away side from going 1-0 down. 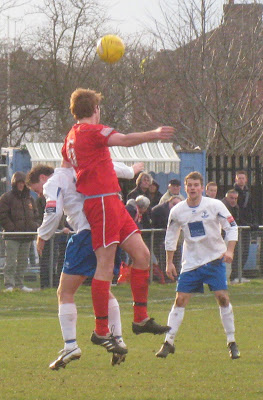 The game slowed down for the rest of the half and it was all very quite in terms of goalmouth action until right before the end of the half when from a corner Leon Osei created one of Northwood's two chances in the game when his header on target was confidently tipped over the bar by Rob Blackburne.

The break was spent chatting to other Town fans about the big trip to Lowestoft next weekend and the fact this game looked like so many we have seen before watching Enfield FC and Enfield Town where the away side get a lucky 0-1 win from a goal in the last moments of the match.

Luckily this wasn't to be as Town took a 1-0 lead in the 2nd half thanks to Stuart Blackburne playing in Moore again whose shot from just inside the box nestled in the left hand corner of the net past the diving Smith in the Northwood goal. 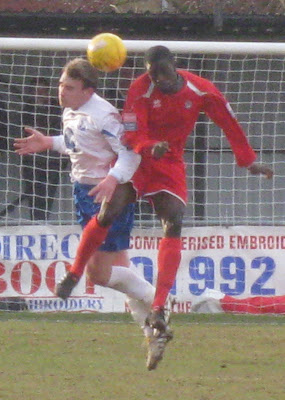 Stuart Blackburne was replaced by Adam Wallace who then made the 2nd and decisive goal when his cross in from the left hand side of the field was headed into his own net by the unlucky Michael Peacock. Wallace himself would of been proud of the header as Peacock was under no pressure from any attacking player.

In summary a pleasing performance from the Town against a side who I thought would be much tougher opponents especially going forward. A good three points towards the play-off dream!!

Man of the match goes to Jon Moore for his performance in the centre of midfield. The cold end has been told Moore is leaving England soon for South Africa which is a shame as he looks a very good player. Sam Byfield also worked very hard all day on the left hand side of midfield.

A better crowd today of 245, Lets hope we can push towards the 300+ mark towards the business end of the season.

Next up (weather permitting) - Brentwood Town at home on Tuesday night and then it's off to Lowestoft Town next weekend. The Trawler Boys in their last two home games have conceded a total of six goals which is encouraging. Joe Francis, who scored a hat-trick yesterday has scored 12 times in 9 league games since joining the league leaders. Concord Rangers are looking to make a fight of it though and are now only six points behind the leaders who visit Thames Road on the 2nd March. The six points can be turned in 7 though with the Trawler Boys colossal +58 goal difference and 12 (13 with the goal difference) if they win their 2 games in hand. 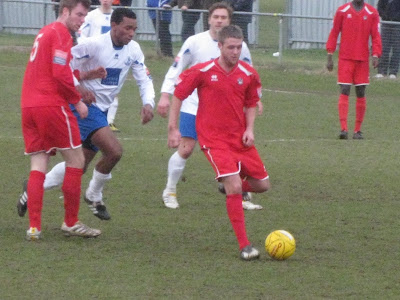 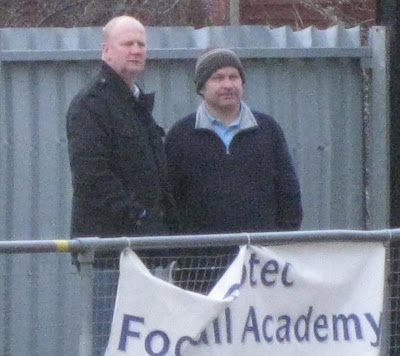 ONLY AT A NON-LEAGUE MATCH CAN YOU SEE BOB DOWIE TALKING TO FAMOUS ENFIELD TOWN FAN DAVID 'BEARDSLEY'.. DAVID HASN'T BEEN SEEN AT GOLDSDOWN ROAD FOR A WHILE.
WELCOME BACK DAVID!!!!
at 08:35