ANOTHER WIN AND A CLEAN SHEET AT VCD. 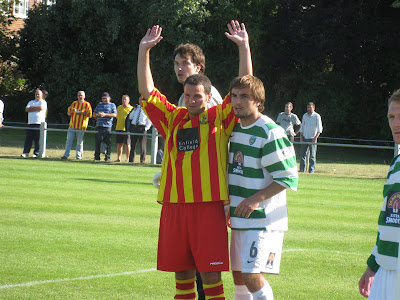 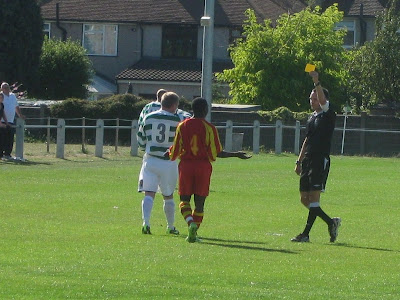 **Shayne Johnson was rather harshly booked** 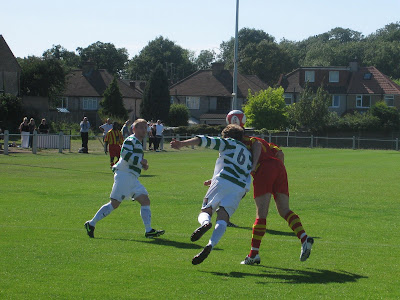 Enfield Town brought home the points this afternoon to make it an impressive 3 wins and a draw from the first five games in their league campaign. The weather was lovely and the pitch at Oakwood was immaculate. I'll make the prediction now that Town won't play on many better surfaces this season.

There were no clear cut chances until the 13th minute when from a long throw Chris Wild headed onwards for Roberto Minnitti to overhead kick the ball from the left hand side of the goal for Stuart Blackburne to score the easiest goal he'll score for a long time heading the ball into the net on the goal line. 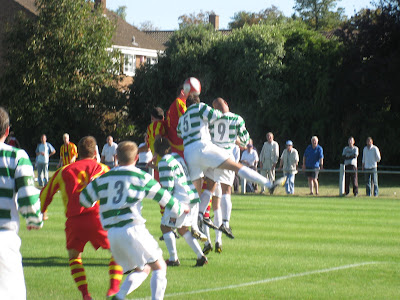 The game was one of few incidents with VCD knocking the ball around well but having no clear cut chances. Uche Ibemere looked good up front but had no luck with Chris Wild, Dave Blower, Ross Edwards and in particular Darryl Ellams looking a good back four for Town. Ellams is fast becoming known as the new Darren Annon as no one beats him or gets round him. 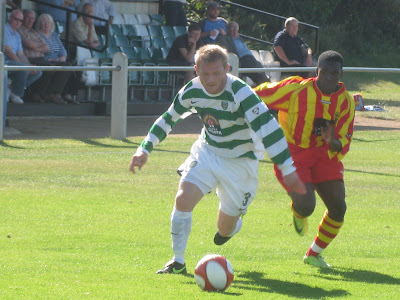 Just before half-time Stuart Blackburne picked up a through ball and went one on one with James Tedder in the VCD goal, Stuart touched the ball towards the goal which went just wide but Tedder played no part of the ball and took Stuart out with his challenge. It wasn't nasty but it was late....very late. A clear penalty. Referee Mr Phillips awarded a goal kick with Stuart needing treatment on the floor. Tedder was very lucky. 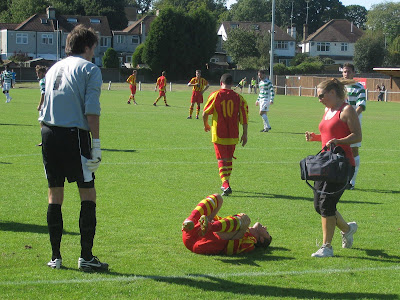 Just into the second half Minnitti laid the ball off to Richard Morton on the edge of the box whose shot was excellently saved by Tedder to his right. That was the chance for Enfield to put the game to bed. Town got on top for a while but didn't create any further real chances. Adam Wallace came on for Minnitti and Rudi Hall for Fabio Valenti. Town saw the game out well. 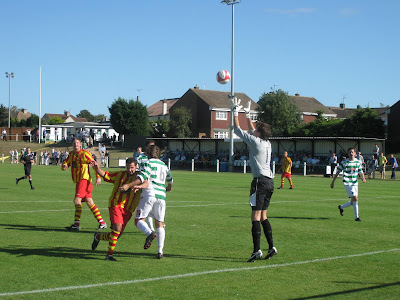 VCD plugged away but made no real chances. Town's back four looked really impressive with Rob Blackburne claiming the ball well and with authority on numerous occasions. 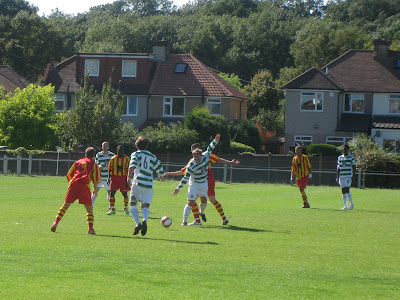 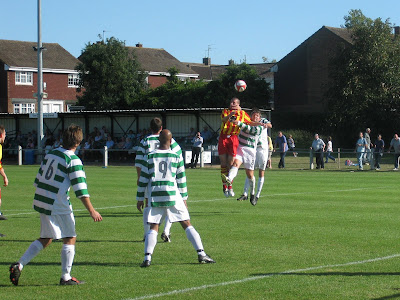 Darryl Ellams and Chris Wild had really good games today. It was most fans opinion that Fabio Valenti's best postion is not wide on the left, He would do much better towards the front attacking the goal.

Ten points from the first five games and things are looking up for Town. Roll on Saturday and another victory versus Potters Bar Town.