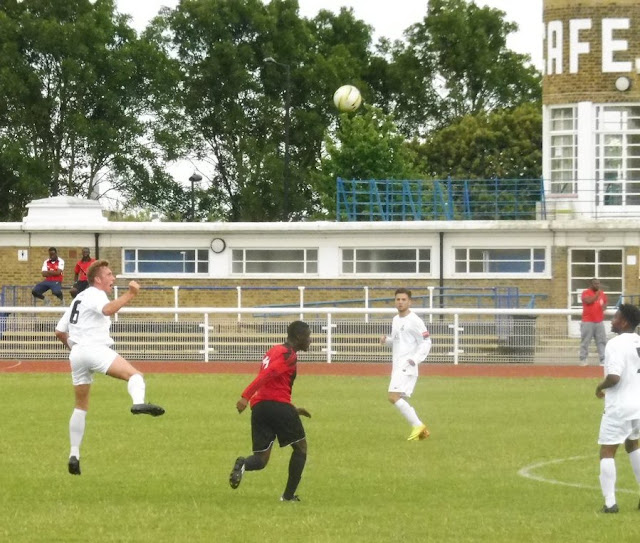 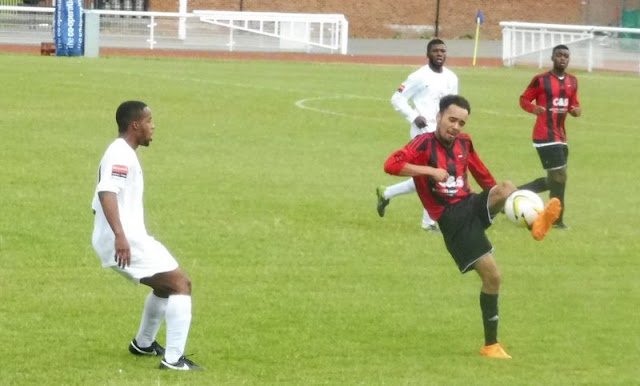 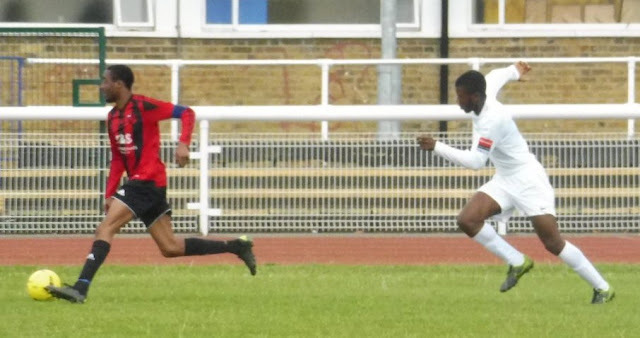 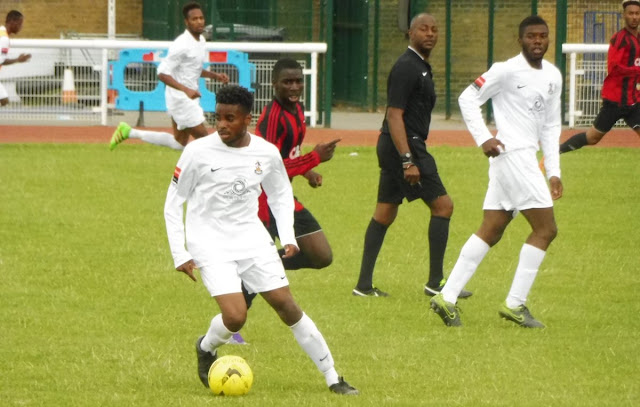 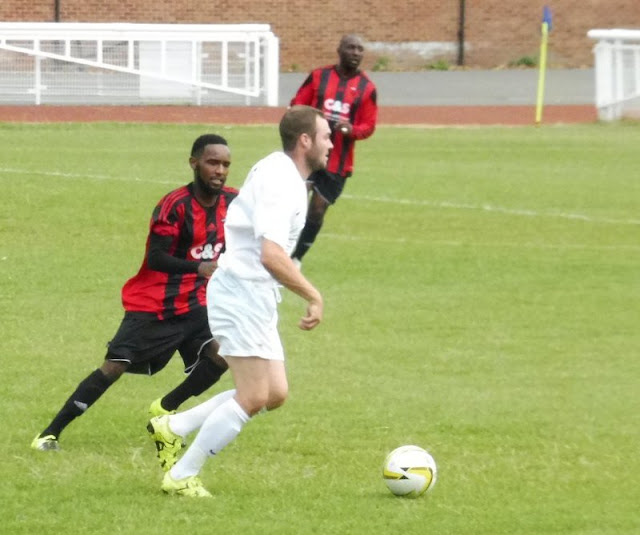 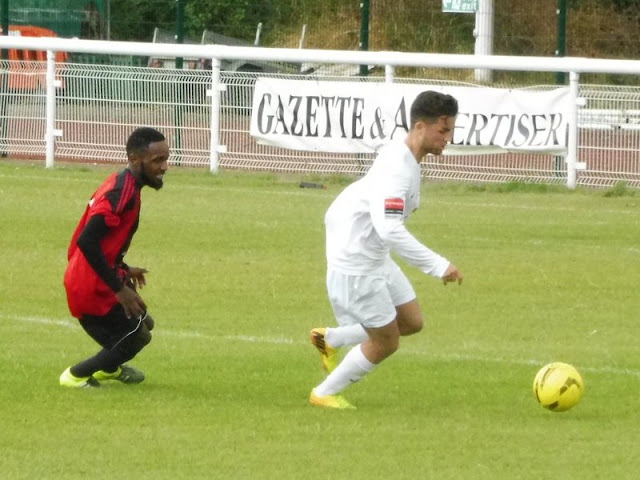 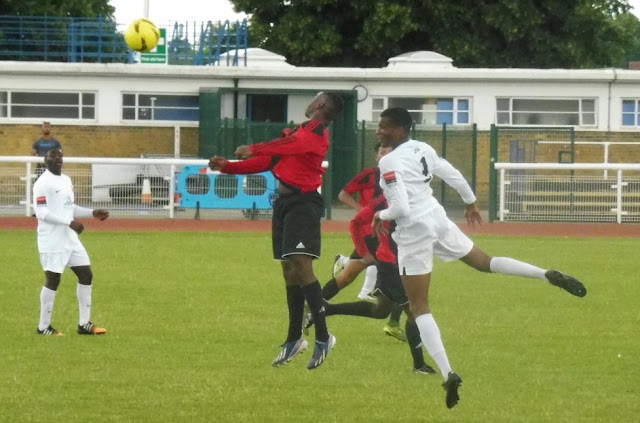 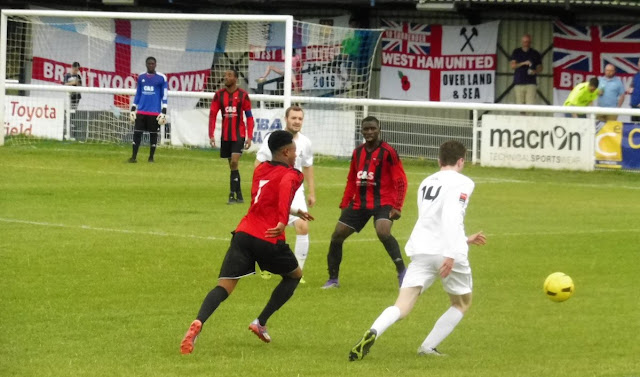 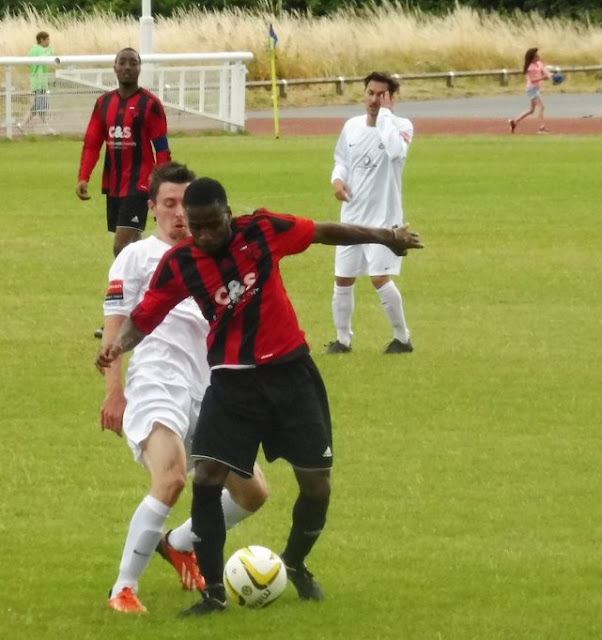 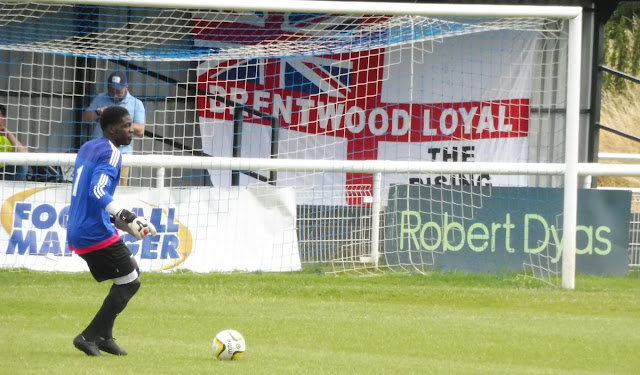 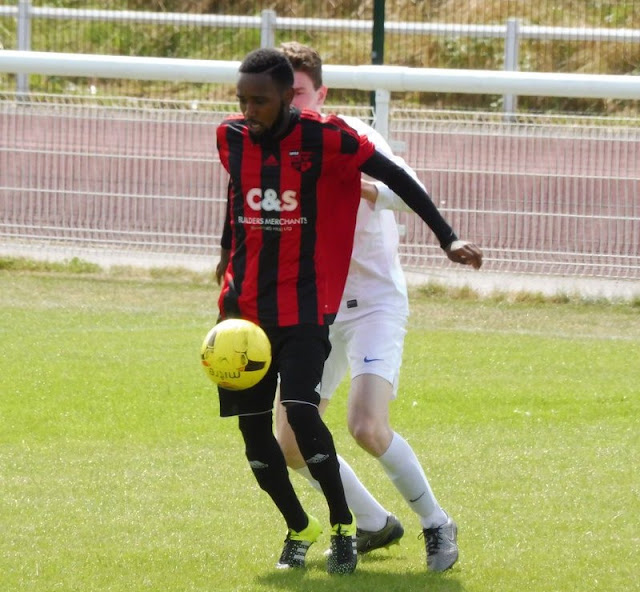 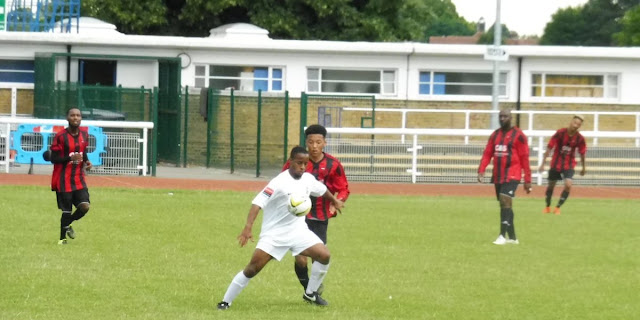 STUNNING GOAL BY MATT BAKARE SEALS VICTORY FOR THE ESSEX SIDE

For a pre-season friendly this was an excellent and highly competitive game with both sides playing some impressive passing soccer and not just lumping it long-ball style. When it came down to the crunch it was step four Brentwood Town who had little bit more than step seven Enfield Borough who were playing their first game at Donkey Lane where they will ground-share.

After relegation from the Ryman Premier Division The Blues now find themselves back in Division One (North) under the new management of ex Wadham Lodge boss Tony Ievola who, from this performance, is building a new squad the Essex club's fans can be proud of. It's early days yet of course but I think they will have a decent 2016/17 season.

They won 2-0 with a penalty kick which, from the replay, was the correct decision by the referee. There was a second more vocal appeal by the Brentwood players for another spot kick and from the replay it looks like a dead-cert foul in the box - had it been an official league game I think this would of been a little bit more controversial.

The second goal was A-M-A-Z-I-N-G! Brentwood 's Matt Bakare had the ball just inside the Enfield half in the centre circle. Seeing the keeper off his line he skillfully lofted the ball over him from long range and the ball hit the back of the net in off the crossbar to the delight of the small number of loyal away supporters - it made the journey well worth-while for them and they even belted out a song "BOOM BOOM LET ME HERE YOU SAY BRENTWOOD...BRENTWOOD" (to the tune of the 1995 hit by The Outhere Brothers) in celebration! The Brentwood kit resembled the all white kit of Real Madrid - had a Bale or Ronaldo scored this goal it would receive endless views on youtube and be written about for a long time.

Enfield Borough's boss Marvin Walker will be pleased with his side's performance against a strong step five side. It looks promising for Enfield Borough going into their first official game in the Spartan South Midlands League Division Two at Totternhoe on Saturday 6th August. Brentwood start their Ryman Division One (North) campaign a week later at home to Phoenix Sports on Saturday 13th August.