LONDON COLNEY EDGE PAST THE BLOATERS 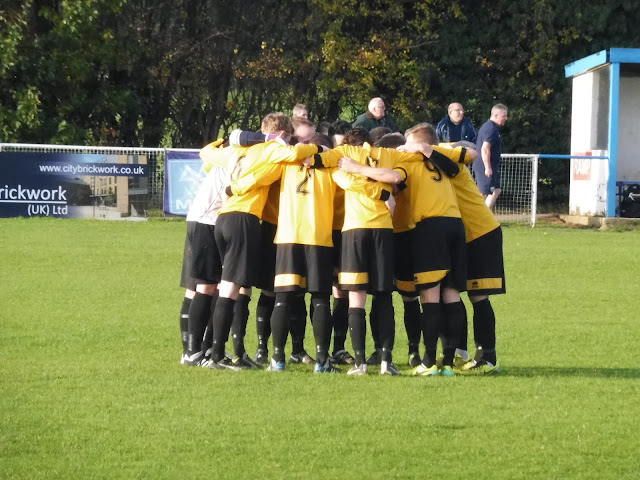 Step five London Colney welcomed Step six Great Yarmouth Town to Cotlandswick for a FA Vase First Round Proper game yesterday afternoon. Both teams are doing extremely well in their respective leagues with the hosts currently in second place of the Spartan South Midlands League Premier Division winning eight, drawing four and losing one of their thirteen league games so far with the visitors also in second place in their league. The Bloaters have won nine and lost two of the eleven Thurlow Nunn Division One games so far. The Cold End has always looked out for the results of Great Yarmouth Town FC after visiting their Wellesley Road ground back in 2011 and this continued last week when on a weekend away to the Norfolk Coast I along with a host of friends and kids received a wonderful welcome for their league game with Stowmarket Town. When I saw they were playing in Hertfordshire I thought it only fitting if I went along.

BETVICTOR.COM were offering odds for this game making LCFC 1/2 odds on favourites with GYFC outsiders at 4/1 with a draw offered at 3/1. 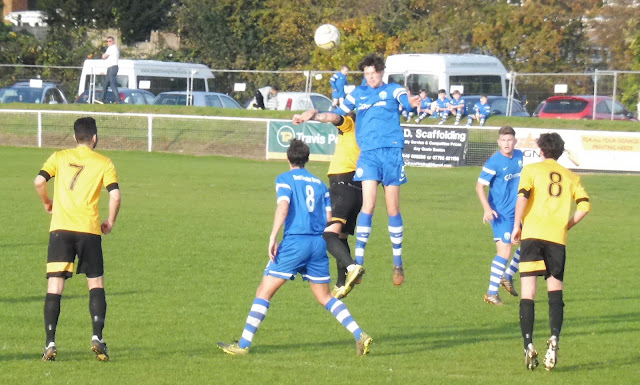 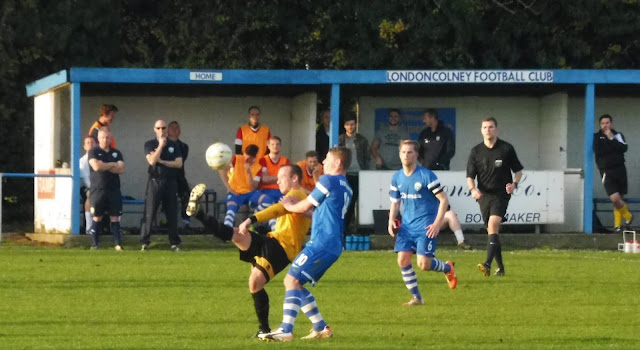 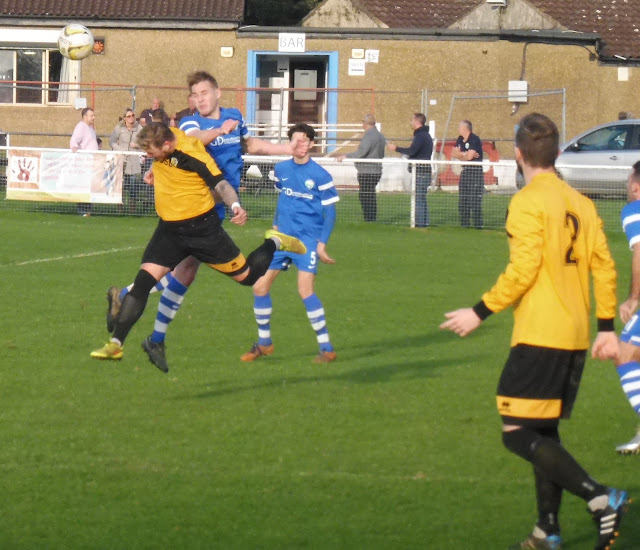 To their credit The Bloaters defended well and worked hard all over the pitch in the first half and restricted the hosts to a small number of chances in the first half and took the lead via Jay Turner on 59 minutes to the delight of large contingent of travelling faithful who had made the long journey from the Norfolk coast - they made up a good number of the crowd of 70 announced. The home side piled on the pressure and equalised via the penalty spot on 70 minutes. Colney defender Tom Smith then rattled the crossbar from close range and had a header excellently saved by Bloater's keeper Liam Hembling. It was Smith who popped up with the winner of 88 minutes when his directed diving header crept into the left hand corner with Hembling having no chance to make a save.Smith certainly more than made up for his error which lead to The Bloater's goal.

London Colney will be very pleased to make the second round and boss Ryan Thompson will be looking for a good run in the competition with The Bloaters management duo of Adam Mason and Martyn Sinclair taking many positives from this game knowing they ran a very good step five side very close.


London Colney's next game is a home Hertfordshire Senior Cup tie against Essex Senior League side Sawbridgeworth Town on Tuesday evening. The Bloaters next game is also a cup game in the Thurlow Nunn Division One cup away at Downham Town next Saturday.