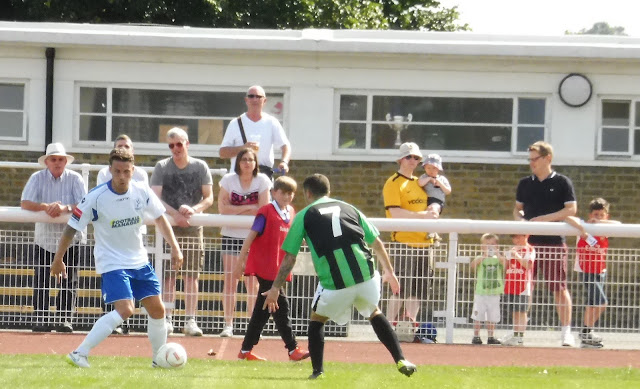 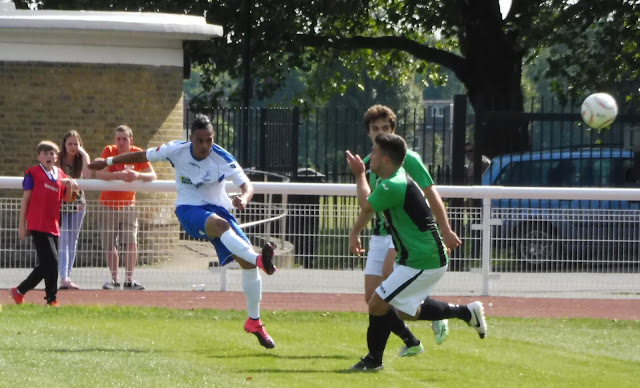 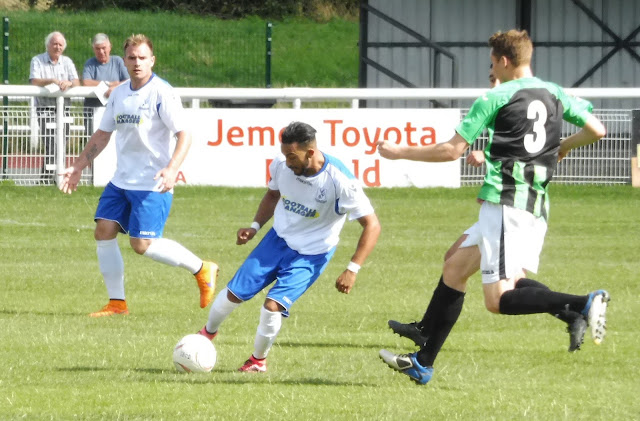 Enfield Town recorded a 1-0 home victory over Burgess Hill Town on Saturday afternoon to get their season started after defeats in their opening three games. Bobby Devyne and Corey Whitely (starting their first game together for the 2015/16 campaign) were impressive up front with their pace and movement creating problems for the The Hillians back line up until 60 minutes when Devyne was substituted for Darnell Wynter who continued on in the same vein. 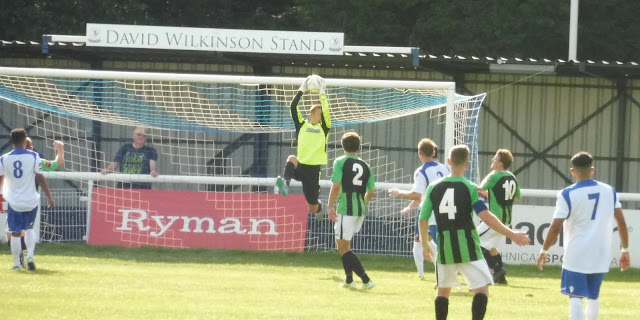 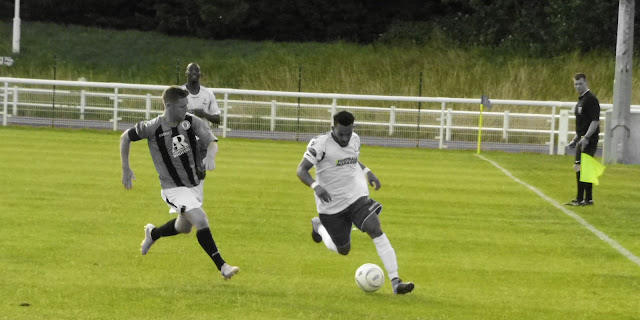 There was considerable relief on the terraces of Donkey Lane when Whitely scored on 75 minutes turning the defender with some impressive skill and slotting the ball into the opposite corner. It was Town's first league goal of the season and sealed a well deserved three points. Town's work rate is well illustrated in the build up to the goal in seeing Ryan Doyle and Nathan Livings chasing down Tony Pointing of Burgess Hill to win the ball back in midfield. Living's pass over the away defence which let in Whitely was equally impressive.

Town included new signing's Connor Witherspoon and Harold Joseph. Witherspoon (with East Thurrock United last season) came off with a knock after only 10 minutes so it wasn't a debut to remember for him but Joseph (an ex Stevenage Borough junior who has been playing for Gottne IF* in Sweden and also played for Wingate and Finchley last season) having a really strong and solid game at centre back.
*Gottne IF play in the "Division Three Mellersta Norrland" which is at step five of the Swedish football system.

Ryman Division One (South) champions Burgess Hill Town weren't able to muster much in front of goal which will disappoint their fans after winning two of their opening three games. Their manager Ian Chapman will know his team will need to improve if they want to win more points on their travels. 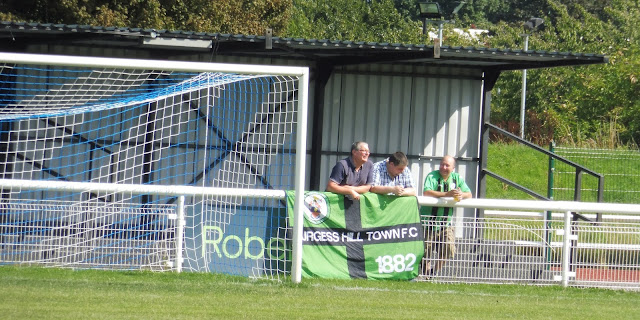