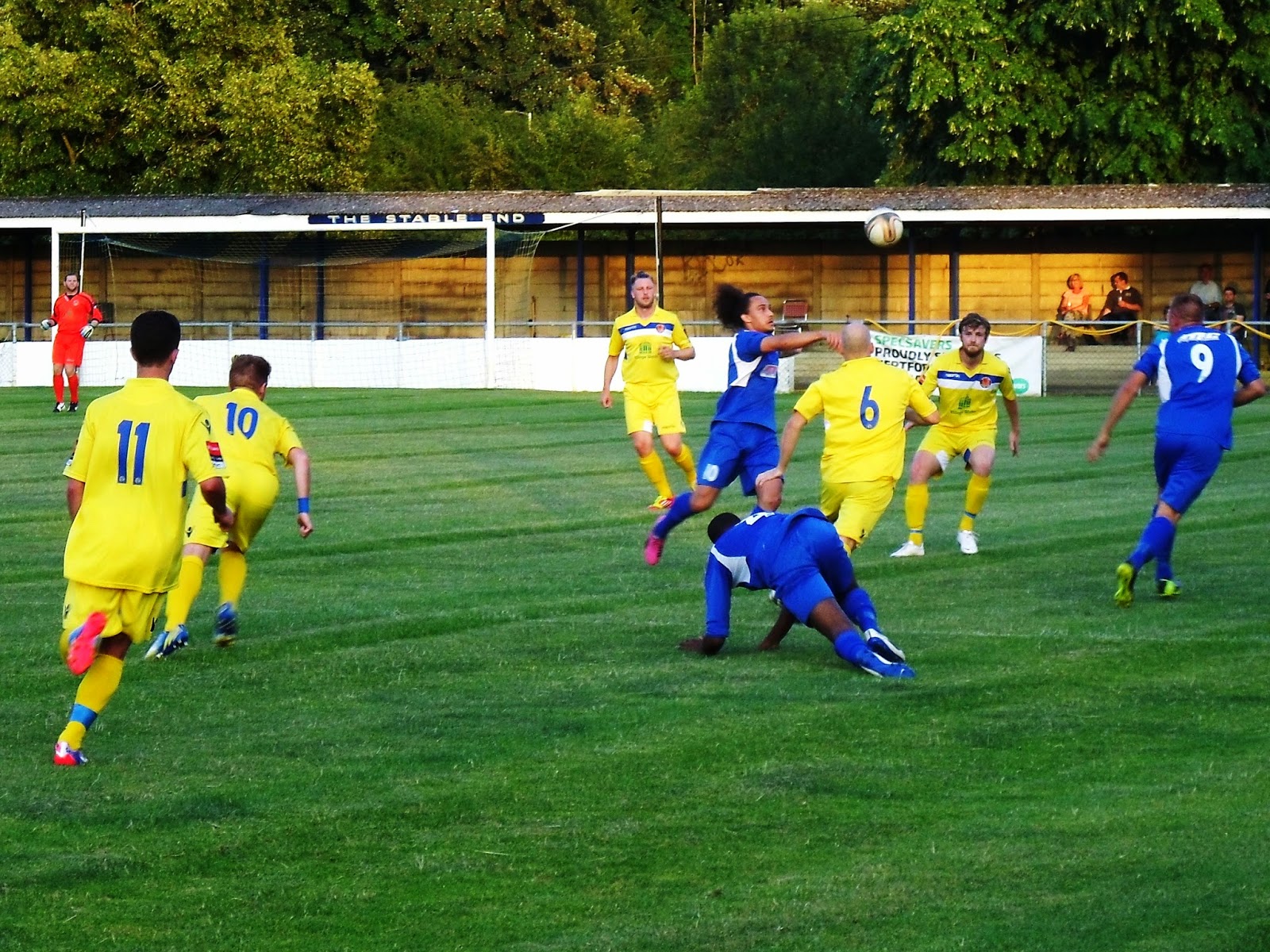 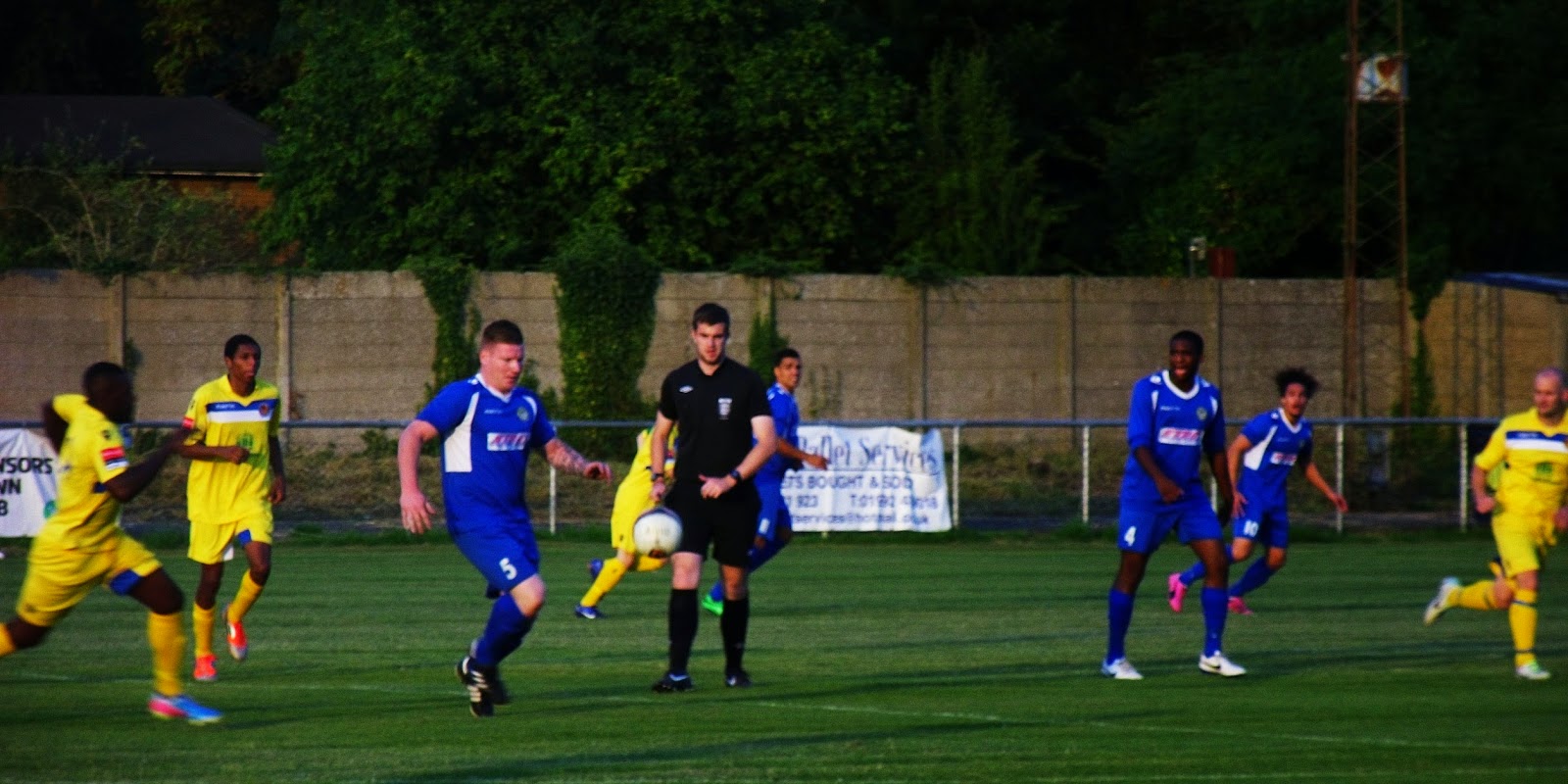 Witham Town ran out convincing 0-7 winners in a pre-season friendly against Hertford Town yesterday evening. In 2011/12 the two sides were playing at the same level of the non-league game in the Spartan South Midlands League Premier Division and Essex Senior League but following two promotions Witham Town will be proud members of the Ryman Premier Division for the forthcoming season. 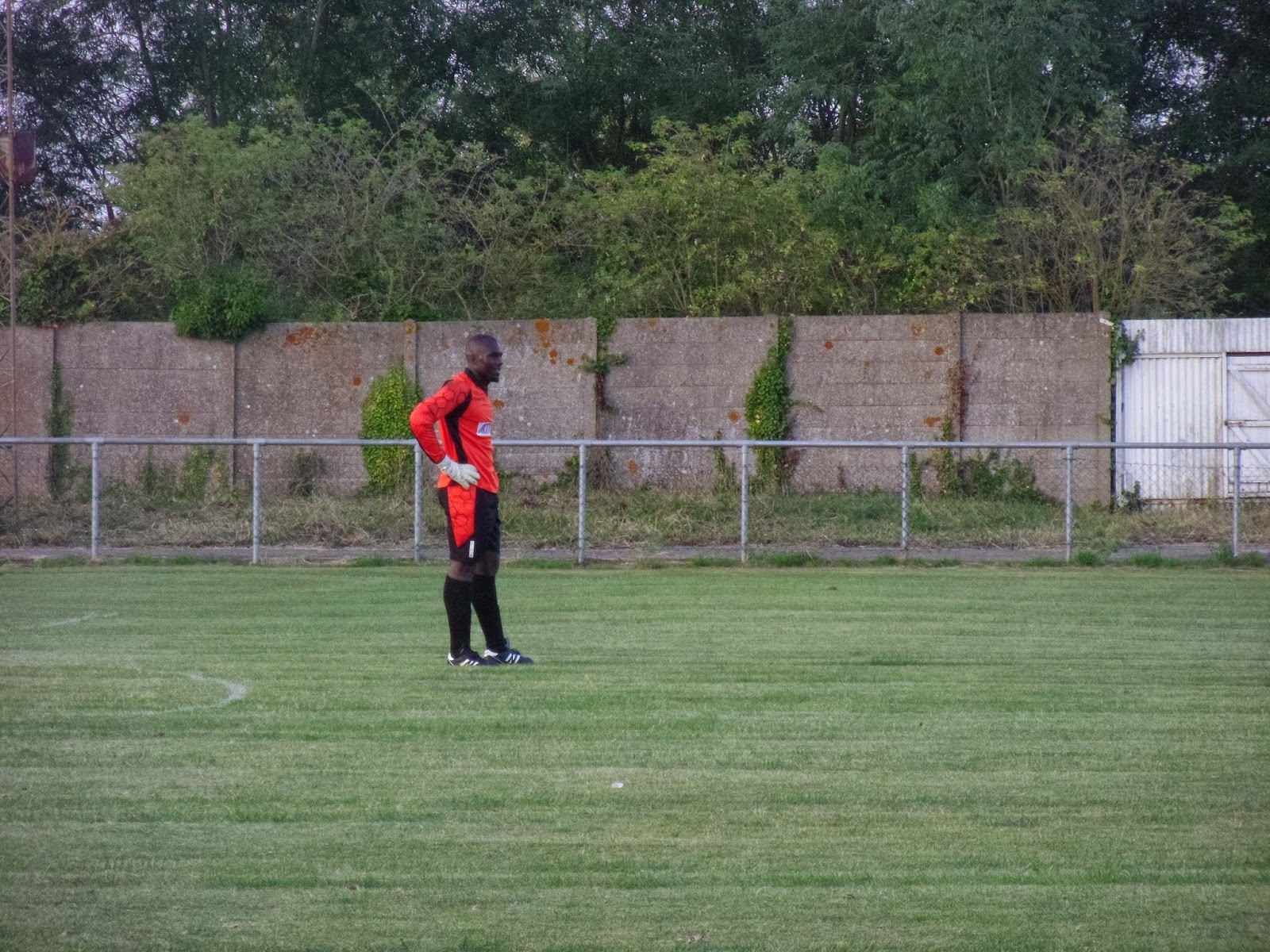 Witham were the better side throughout the game with the score a comfortable 0-2 at half-time through a penalty kick and a well taken goal following a swift break down the left hand side. The penalty incident could of seen the Hertford keeper sent off in a league game as it was a foul which denied a clear goal scoring opportunity. 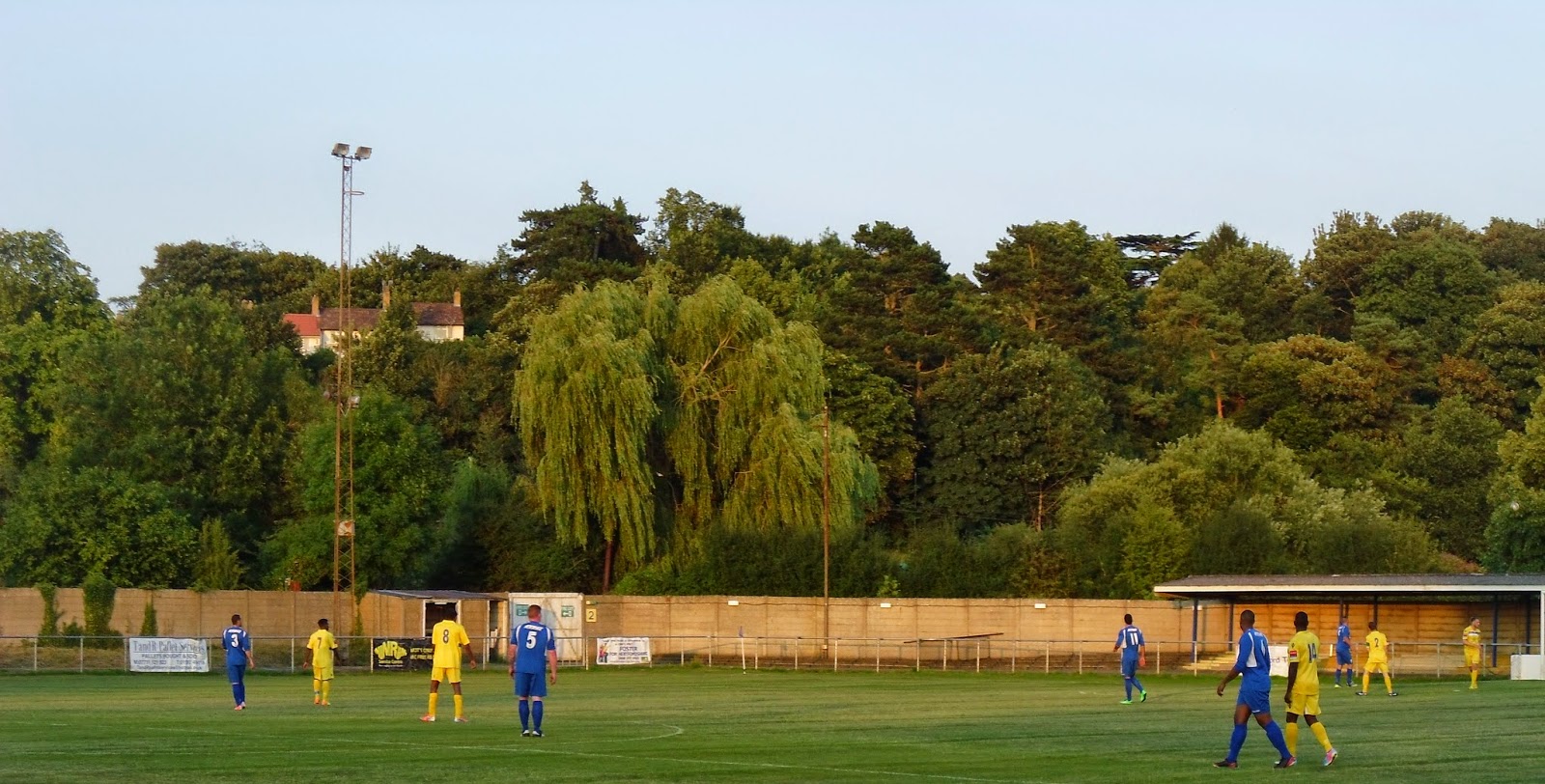 In the second half Hertford struggled to cope with Witham's movement up front and on the wings with the Essex side running in a further five goals. The video below shows Witham's first two goals and the penalty incident along with one of Hertford's best chances by Leigh Rose in the second half.