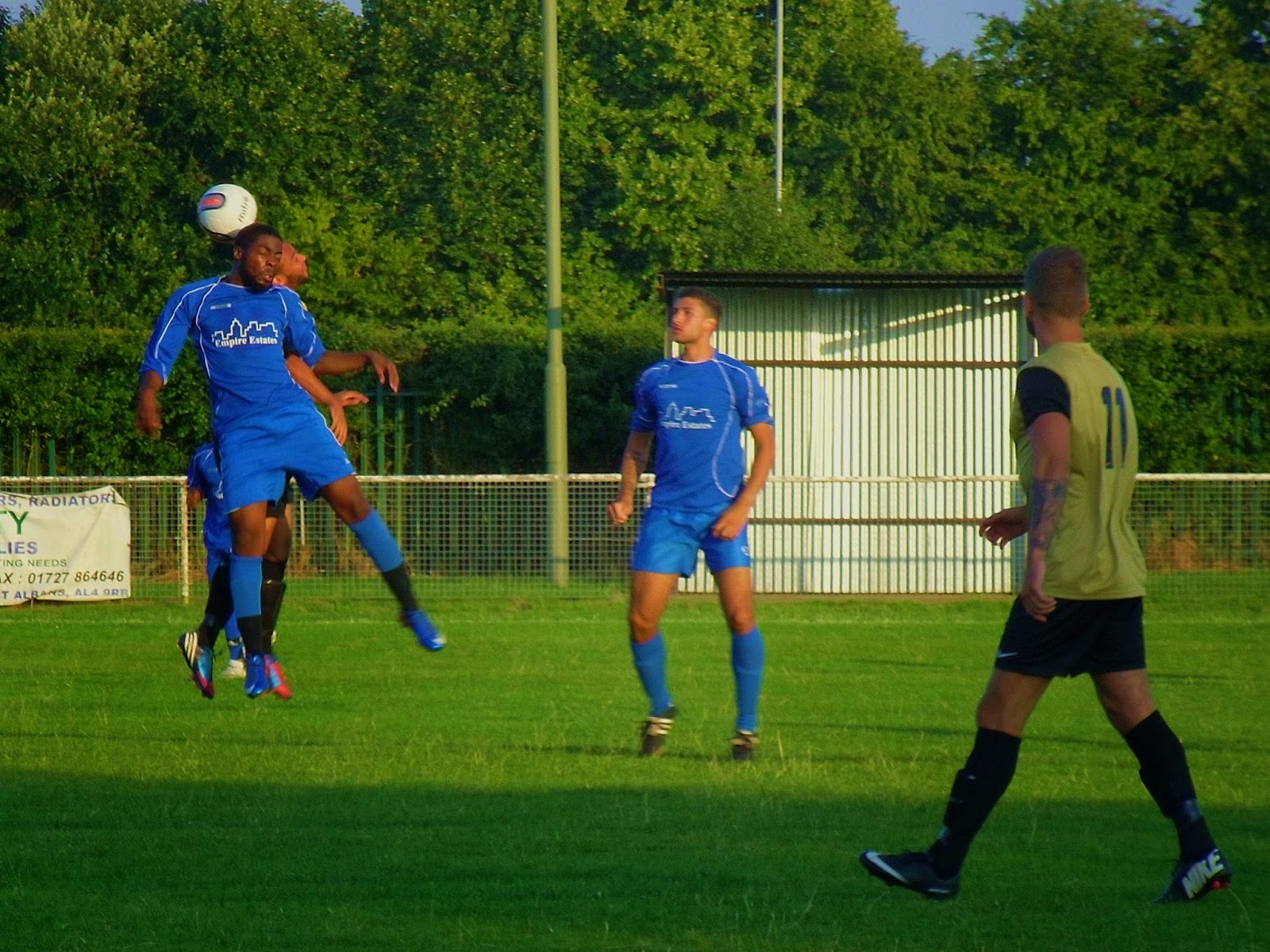 The London Colney twitter feed (@LCFC1907) tweeted 'breaking news...Harry Sedgley steps down as penalty taker' after Tuesday night's victory over The Flying Eagles of Ealing Town at Cotlandswick. I'm sure this was just a bit of banter after the Colney player missed the penalty kick he took right at the end of an entertaining well contested pre-season friendly game. The home side could of been more than 2-0 up by this point as they had a number of good chances to score against the new Division Two side Ealing Town who made a good fight of things and will take many positives from this game against an established Premier Division side in the Spartan South Midlands League. Ealing hit the post and forced the home keeper into making a great save in the first half. The match highlights are below including both goals scored - Colney's first was adjudged to have crossed the line although from the angle filmed it's impossible to tell. The home side changed most of their team and kits in the second half from gold to sky blue and white striped shirts.

London Colney's first league fixtures are a home fixture versus Tring Athletic followed by a Tuesday night trip to Kings Langley. They then have a home FA Cup game versus Woodbridge Town on Saturday 16th August. Before these they entertain Hoddesdon Town on Tuesday 5th August in the Hertfordshire FA Charity Shield. They also have a home pre-season game against Northwood this Saturday.