VASE GLORY FOR THE CITIZENS 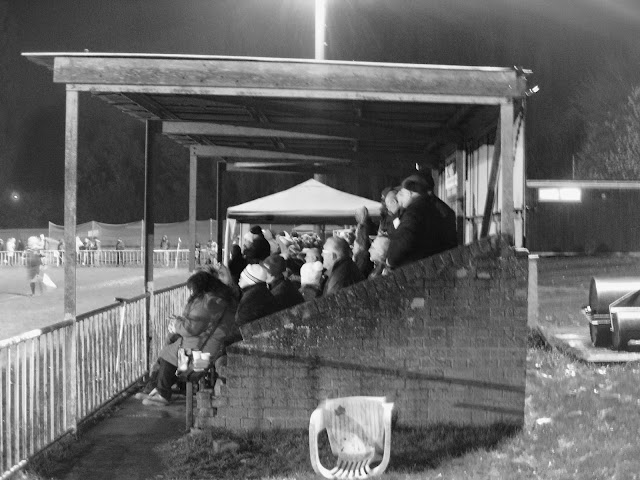 Welwyn Garden City Football Club had a night to remember on Wednesday night when they entertained Ely City of the Thurlow Nunn Premier Division in an FA Vase Second Round Replay. Watched by a brilliant crowd of 165 people The Citizens were the better side throughout and deservedly won 3-0 with the visitors playing on the counter-attack relying on set-pieces and long throw-ins to create chances. It is only the third time in The Citizen's history that they have qualified for the Third Round of the FA Vase and they have been handed a tough draw away at Thurlow Nunn Premier Division table-topper's Hadleigh United to be played on Saturday 7th December. Jason Caswell scored two goals, his second was a brilliant finish from the edge of the penalty box. Joel Norris scored the first goal which came via a fantastic curling free kick which the Ely keeper had no chance of saving. Credit to the away side who kept playing but never really troubled Citizen's keeper Joe Croft who even saved a penalty late on in the game which would of impressed Welwyn's most famous goalkeeper in David James who was watching the game. The ex England player was born in the town in 1970.

Thanks to the hard work of the people behind the scenes their is real buzz about the club at the present with manager Adam Fisher building a team capable of a shot at the top two in the Spartan South Midlands League Division One and with it promotion to the Premier Division.

For those reading this not in the know about local non-league football thinking 165 people is a small crowd you only have to look at The Citizen's average league crowds over the last few seasons to see the town's football supporters are slowly returning to Herns Way. For a town with a population of 40,000+ the club certainly deserve more support!