FC Flare Reserves of the Harlow and District Football League Division Two welcomed TACA of the Thurrock Association Sunday League to Barrows Farm (now known at the "Harlow Arena" after the 3G surface was installed over the summer) for an Essex Junior Sunday Trophy Round Two game on Sunday morning. 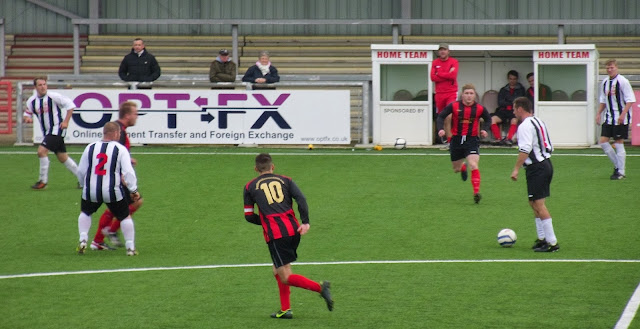 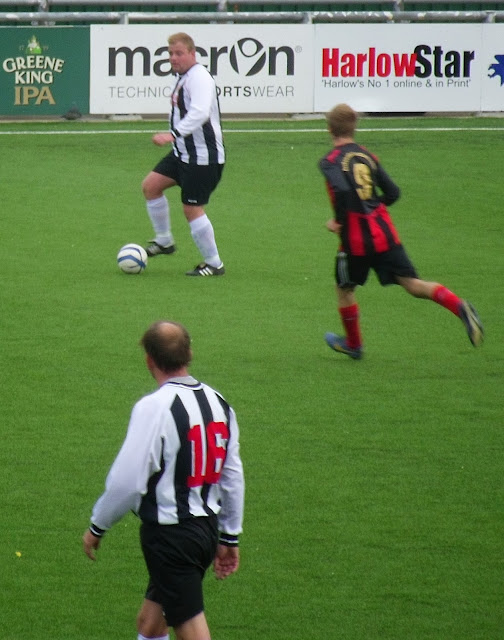 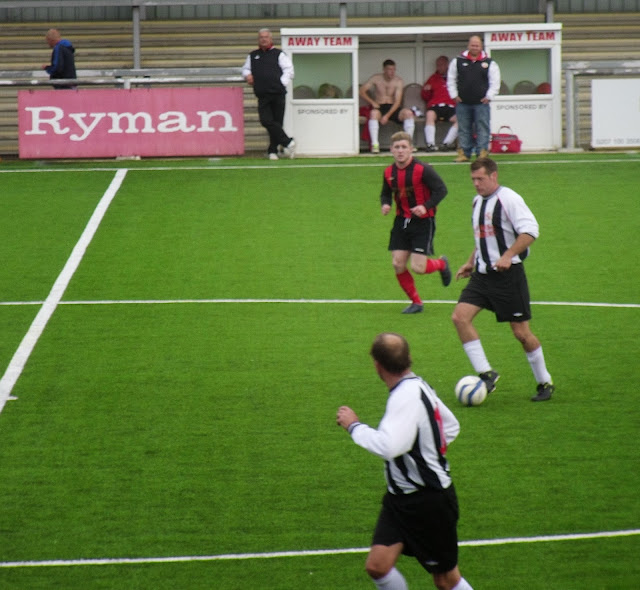 TACA stands for "Tilbury and Chadwell Association", play in a Tilbury FC kit and their home games take place at Tilbury's Chadfields.

Going into this game TACA's results in the league and cup games they had played made impressive reading with five wins and a draw in six games played including a 13-0 win over Little Thurrock Dynamoes and a 12-0 win over Busolona. 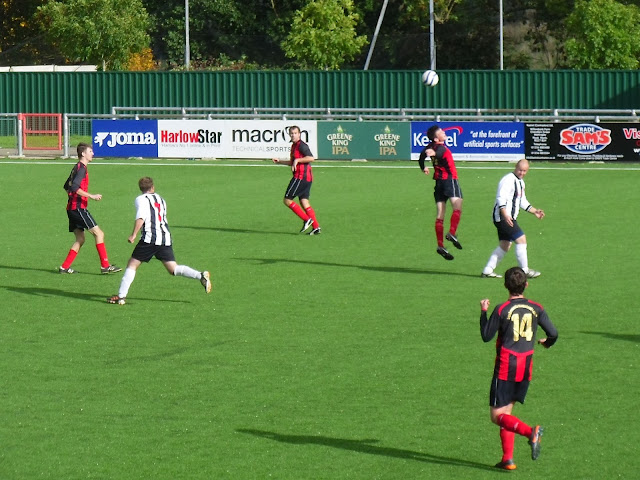 FC Flare Reserves seem to love a goal with seven games played and twenty goals scored prior to this game. To get to this stage Flare had beaten Braintree Town Supporter's Club 3-2 (of the Braintree & North Essex Sunday League Division Two) at home in Round One with TACA winning 2-8 at Beckers Green (who play in Division Three of the B&NESL). 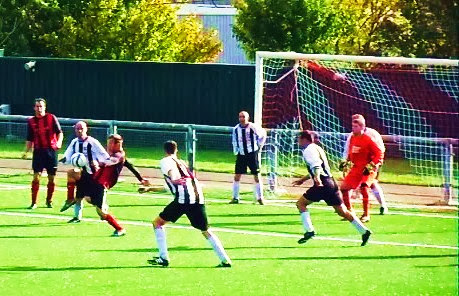 This game saw an amazing ten goals scored with one really standing out which was an impressive overhead kick scored (see from 5mins 5secs on the video) by Keiran Barfoot (twitter - @DarkPrinceKje9). TACA were 2-3 up at half time with Flare Reserves scoring 5 goals in the second half to win 7-3 to get through to the third round where they will face an away day at the winners of the Chelmer Wanderers v New Town Rangers game - the result of which I don't know at present.

FC Flare's first team (of the Harlow and District Sunday League Division One) play at The Harlow Arena on Sunday when they face Maiden Reserves in the Division One Cup. They also have an "A team" who face the uniquely named Kyrptonite Athletic FC in the Divsion Four Cup this Sunday at Passmores Academy. The Reserves travel to Mark Hall in the Division Two Cup.

As you'll see from the video one of the centre-backs playing for Flare Reserves went off at half-time after pulling up injured when TACA scored their third goal so they are looking for defenders of a decent standard to join. If your intererested please contact @planetglenn on twitter. You can also follow the fortunes of FC Flare Reserves on Twitter - @FCFlare