NO CUP GLORY AT CLARENCE PARK 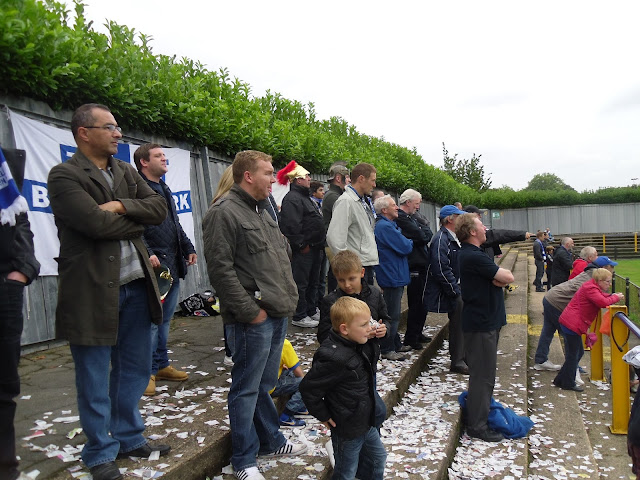 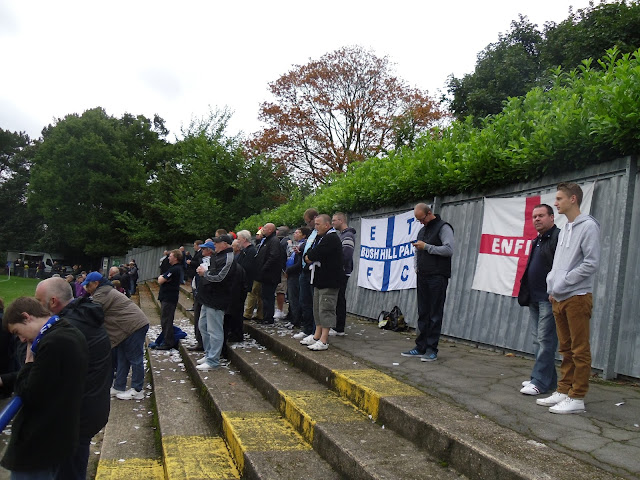 Having been an Enfield FC fan from 1987 through to the 2001 breakaway to form Enfield Town FC the FA Cup always evokes some wonderful memories of trips to Chesterfield, Torquay United, Leicester City and Preston North End amongst others. Travelling to the ground today many fans would of thought maybe this is the day we go on another glorious Cup run but it wasn't to be in the end. It was a real afternoon to forget for The Town as St Albans City (especially in the second half) looked a class above in all areas of the pitch and ran out very deserved 6-1 winners. 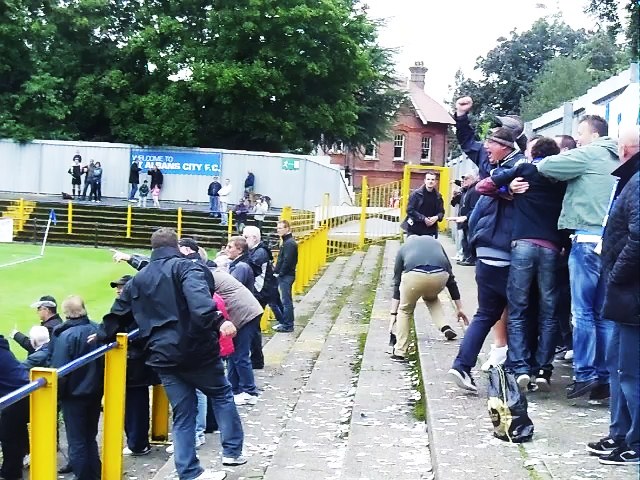 The match will be written about elsewhere so I'll gloss over it somewhat and focus on the Enfield Town Ultras who made a huge amount of noise throughout the game despite their team being beaten on the pitch. The best song all afternoon was 'YOUR GONNA NEED TWO BROOMS' sung to the home stewards in respect of cleaning up the ticker tape welcome which was now strewn across the terraces. The home fans were extremely quiet and only raised a small cheer for each of the six goals they scored.


Not counting the Ryman League Cup victory at Division One (North) side Redbridge the Town have now played six times away from Donkey Lane this season and are still without a win conceding twenty goals. We'll keep the faith and support Steve Newing's Blue and White Army whatever!! 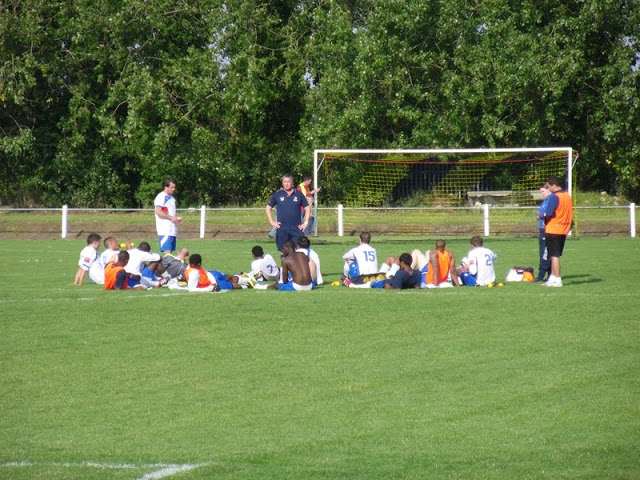