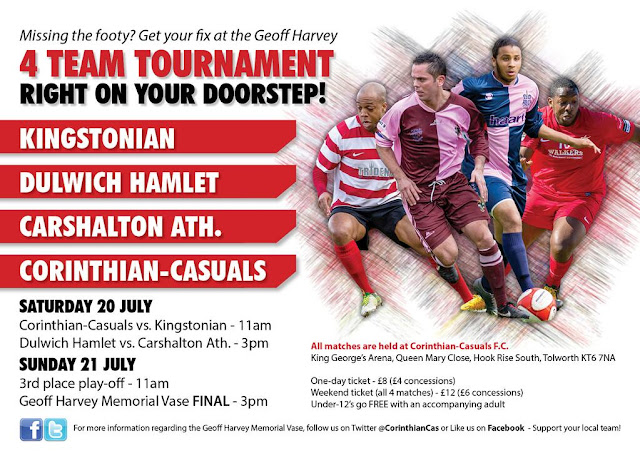 The above details the four team tournament to be held at Corinthian Casuals over the weekend of Saturday 20th and Sunday 21st July 2013. Casuals face Kingstonian and Dulwich Hamlet face Carshalton Athletic on the first day followed by a 3rd/4th place play off and the final on Sunday.

The competition is named in honour of Geoff Harvey who sadly died in 2009. He was 'Mr Corinthian Casuals' saving the historic club from folding when they had no ground to play on in the early 1980's. His hard work and determination helped Casuals find their current King George's Arena home in Tolworth in 1988.