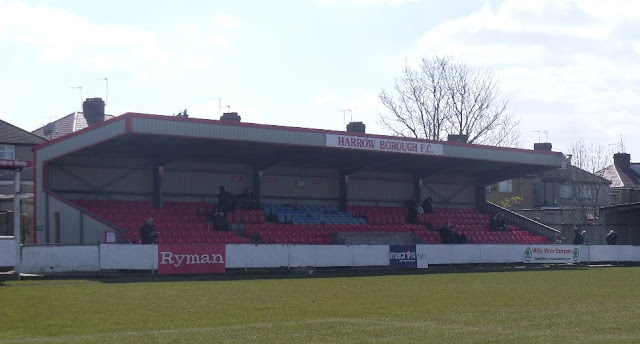 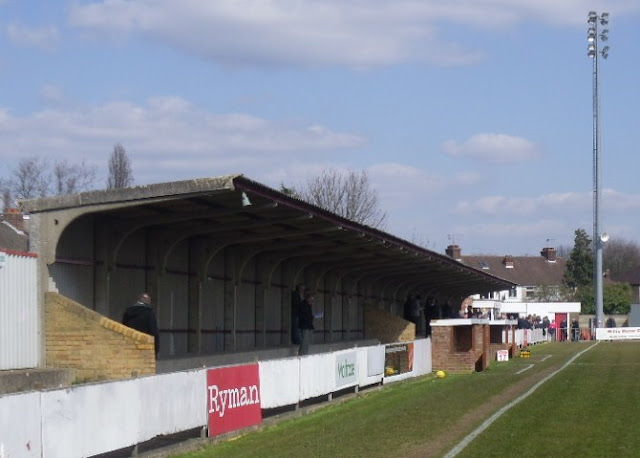 Harrow Borough recorded a very impressive 4-2 over Enfield Town today although with the score at 1-1 at half time the away side arguably looked the stronger side going into the break but it was Dave Anderson's side who came out on top with their pacey forward line able to cause problems throughout the game.

The game will forever be remembered for what TheColdEnd will call 'PANTSGATE' when in the opening five minutes Jonathan Hunt was asked to change his underwear by the referee. Whilst Hunt was off the field of play Harrow scored the opening goal of the game which it has to be said was a brilliant strike from outside of the box by Saheed Sankoh. Look at the video from 20 seconds and you can see Hunt changing just to the right hand side of the screen before the Harrow throw in. The exact rules (I believe) are that if undershorts are worn they must be the same colour as the shorts. 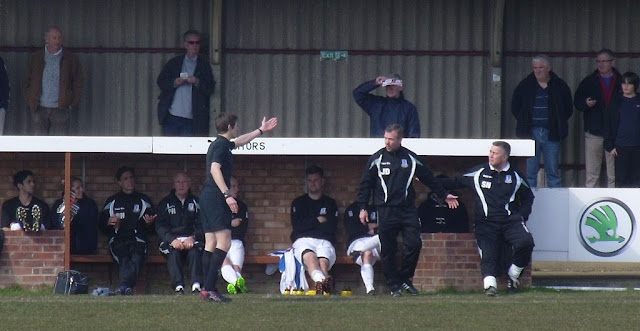 Town coach Jason Dale remonstrated with the official about this decision so much he was requested to leave the dug out and then escorted around the main stand by some home stewards. TheColdEnd knows you will never cut bad language out of the game completely but thinks if some coaches/managers/back room staff spent as much time encouraging players instead of swearing at and berating officials (no matter how much you disagree with his or her decision) it may prove beneficial for their teams in the long run. When have you ever seen a referee walk over to a manager and say 'yes..your completely right, I will change my decision' after a barrage of industrial language.  I never like to be critical of my team but that's how I feel and that's my humble opinion especially as lots of young children come to watch non-league football. 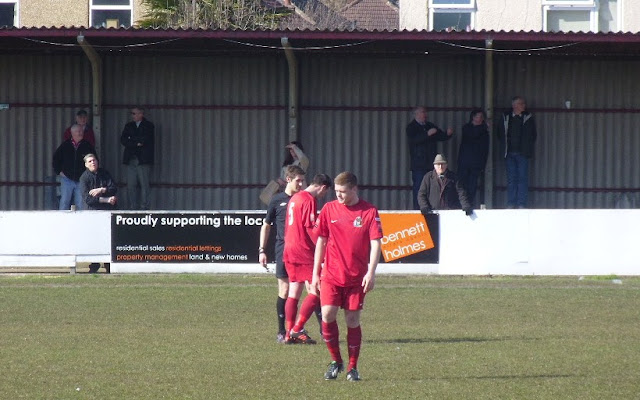 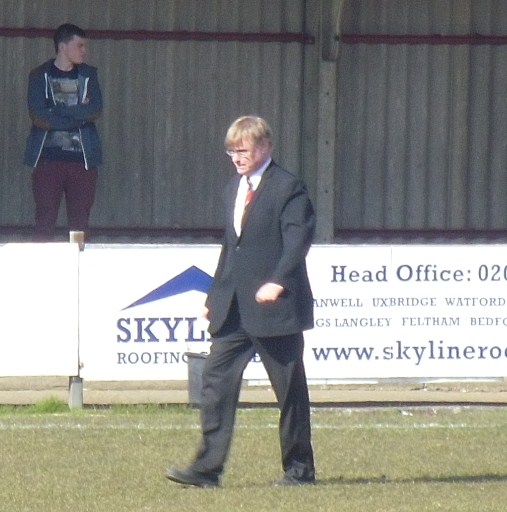 Town got back into the game thanks to Liam Hope and could of made it 1-2 only for Adam Wallace to unluckily head over the bar when under pressure from a Harrow defender following a good cross by Jonathan Hunt.

The second half saw Harrow go 3-1 up with Liam Hope making it 3-2 with a header from short range but it was too little too late as Harrow scored a fourth goal when with the Town back line appealing for offside Harrow substitute Rob Wolleaston sprinted clear and put the ball beyond Noel Imber into the back of the net.

The game ended with Will Sturgess receiving his marching orders for a second bookable offence after a late challenge. Sturgess had been involved in 'PANTSGATE PART 2' when coming on as a substitute after a few minutes play he was asked to change his underwear.

Going forward Harrow looked very good with the speed and control of Shaun Lucien (joined from Uxbridge in December 2012) and their top scorer Simoen Akinola really impressing. Shaeed Sankoh (number 8) looks a very decent strong midfield player that puts himself about and has an eye for a shot too.  He is a former England U18 international who came through the ranks at Fulham before joining Conference club Woking and has also played for Kingstonian and Corinthian Casuals.