TOWNERS ON TOP IN ENFIELD DERBY

The snow postponed most of the local football games scheduled on Saturday afternoon with only a handful of games going ahead. Every game in the Spartan South Midlands League and Hertfordshire Senior County League was cancelled with a handful of games on in The Middlesex County League mostly on the various 3G pitches used in the league. Premier Division North Kensington will be wishing their game didn't go ahead at Vale Farm as their visitor's Sporting Hackney recorded a 0-12 victory.


﻿
Enfield Town's game at Concord Rangers did go ahead and those brave supporters that travelled in some treacherous driving conditions weren't rewarded as Town were well beaten by the title contenders 3-0. Another three games survived in the Ryman Premier Division further South at Lewes, Whitehawk and Margate where the weather was slightly kinder. A crowd of 158 gathered in the top v bottom clash at The Enclosed Ground where Whitehawk beat Carshalton Athletic 2-0 with goals in the 65th and 90th minutes. An update on the league situation in the Premier Division will follow soon.

In the Ryman League Division One (North) there was only one game as Grays Athletic recorded a 1-2 victory at Soham Town Rangers. Hakan Hayrettin's team now look favourites for the title and promotion to the Premier Division as they are level on points with Maldon and Tiptree and have what could be a vital two games in hand. Since losing at home to Cheshunt (1-4) on Saturday 5th January The Blues have won 12 out of 13 games which had shot them up into contention for the championship.

There were a number of games in Division One (South) with both Maidstone United (currently top) and Dulwich Hamlet (second place) winning to set up a massive match on Tuesday night at Champion Hill. The Stones visit with a huge crowd expected to attend. TheColdEnd thinks there will be 1000+ in South London.

Only one match in the Essex Olympian League survived which came at Kelevedon Hatch who entertained Frenford Senior. The visitors won 0-1 and are now in third place with four games in hand over Southminster (in 2nd) and Hatch who are currently top. Just eight points cover the top three and Frenford are unbeaten in their fourteen league games so far.

TheColdEnd was at a game and it was in a familiar place at The Queen Elizabeth Stadium where a crowd of around 20 to 30 people were present to witness the big Enfield derby game in the Essex Senior League Reserve Division (West) between Town reserves and Enfield 1893 FC reserves. The game kicked off at 2pm with snow falling from the sky in freezing cold conditions but only a light dusting on the pitch which was playable. As the game wore on and more snow fell the conditions became harsher, even more winter like and the surface became covered in snow. Both teams deserve full credit for playing on and finished what was a very enjoyable entertaining game. The ground staff who managed to get the game on also must be thanked as well as the officials.

There must be something about Enfield Derby games played at Donkey Lane as last season's encounter in The Capital League involved twelve goals being scored (see highlights - here of a game played on Wednesday 28th March 2012) and yesterday saw the ball hit the back of the net ten times.

Connor Bolton (who was on the bench for last season's game) was Man of the Match yesterday and looks a real prospect on the right hand side of midfield coming forward with the ball. He scored a well deserved hat-trick and also had a hand in some of the other goals as well as tracking back and forward causing the 1893 defence no end of problems. Look out for him on the video highlights. He is number 7 in the white shirt. Other goal-scorers for Town were Troy Archer (2), Scott Hayes, Connor Okus and Shenzes Maksud. Archer is now the leading scorer in the two ESL reserve divisions on 21 goals so far.


The Town reserve side are now well in with a chance of winning their division which will be a tremendous achievement. The league table is below and shows Town with two games in hand over current leader's Romford Reserves. 1893 are in third place on 21 points from their 12 games. They go to Romford next Saturday.

Town have four games remaining all away from home at Bethnal Green (next Saturday), London APSA (Saturday 13th April), Enfield 1893 (Tuesday 16th April) and Waltham Abbey (Thursday 18th April). Romford have the afformentioned game against 1893 next Saturday and a trip to Barking which is yet to be re-arranged as it was postponed yesterday. 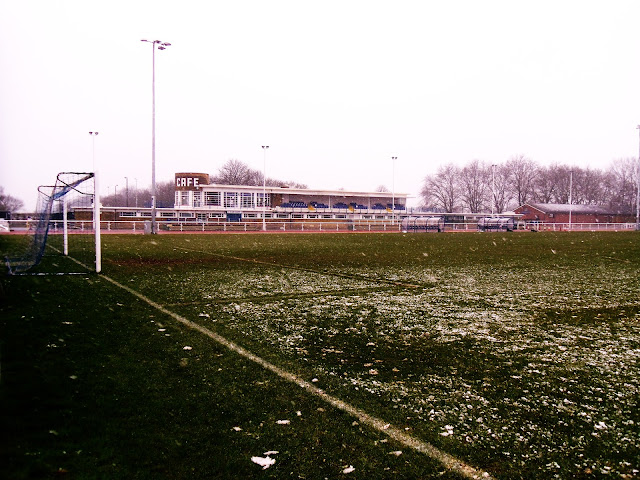 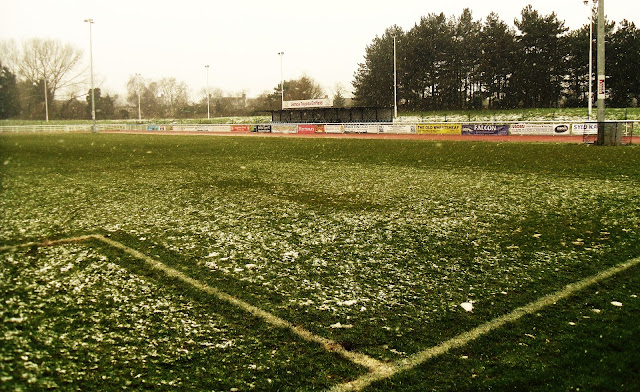 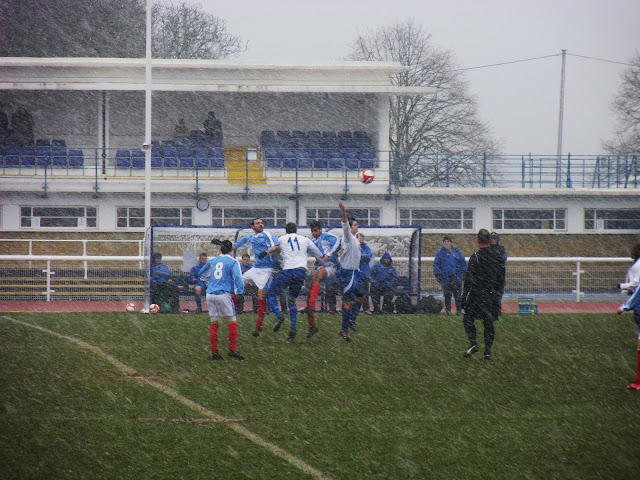 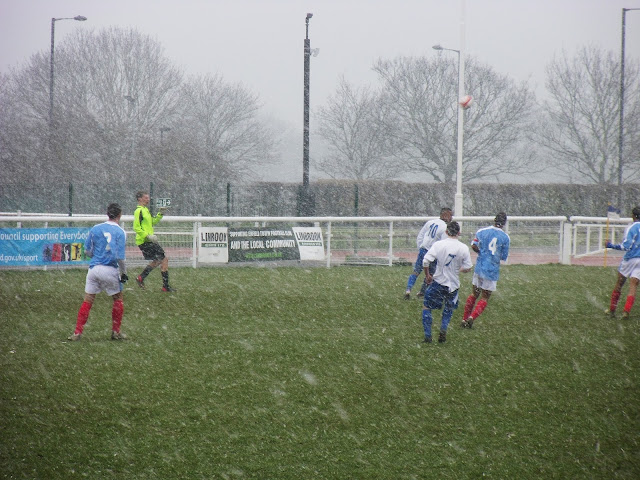 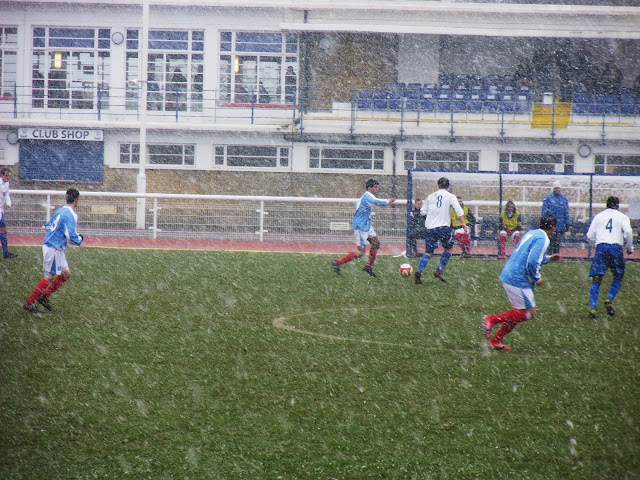 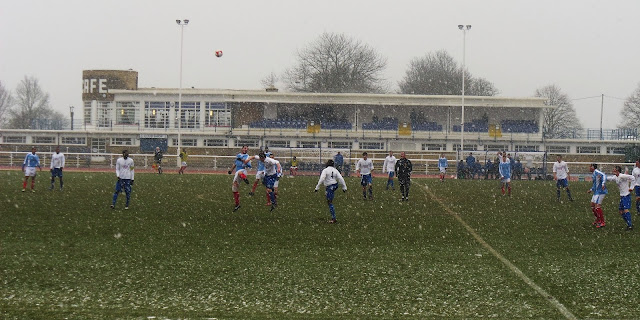 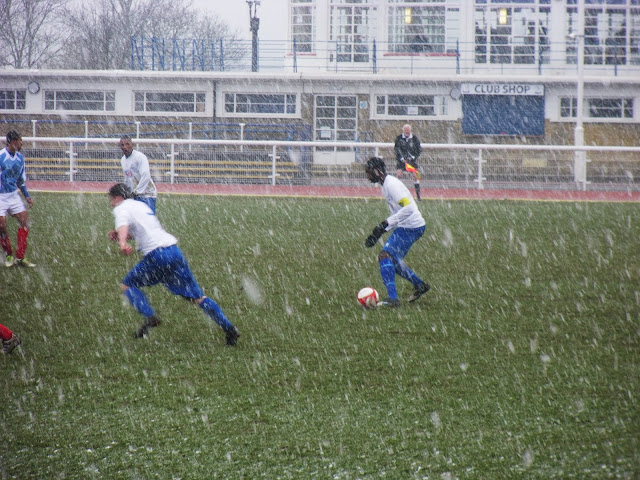 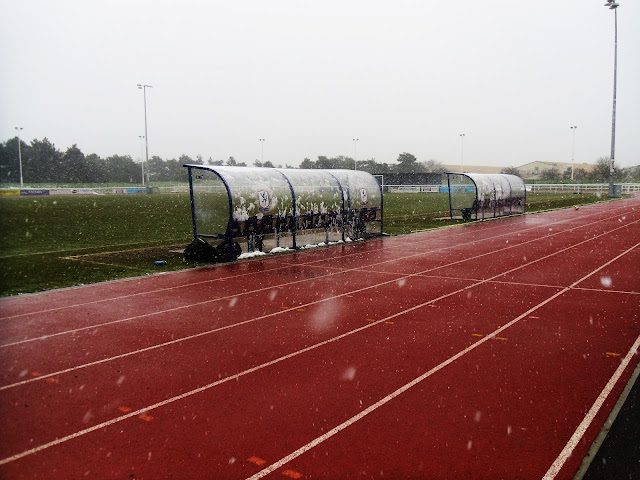 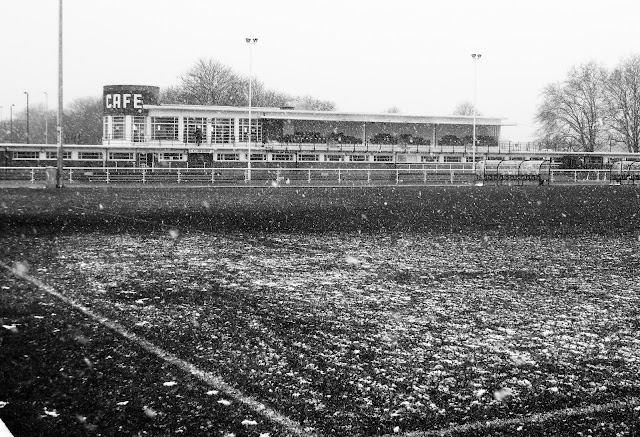 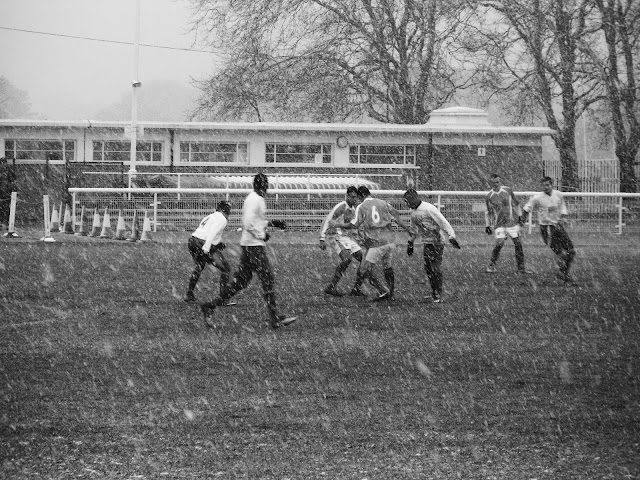 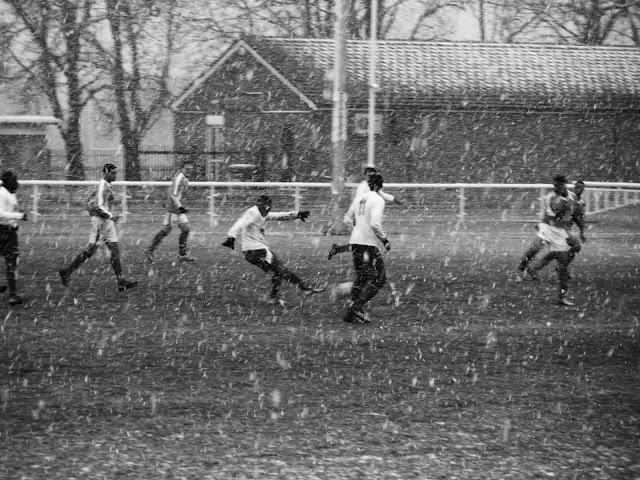 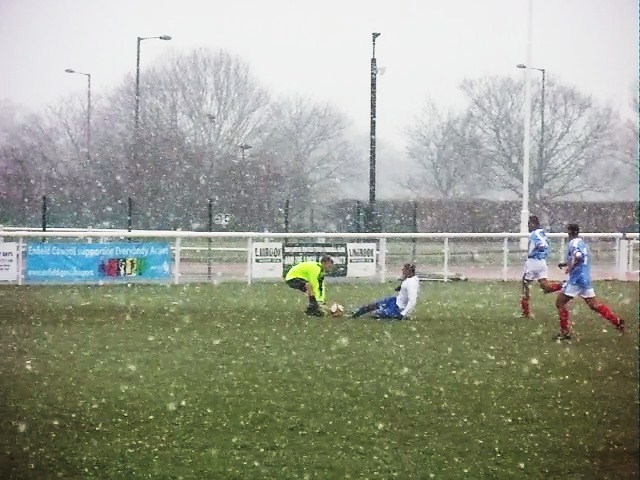 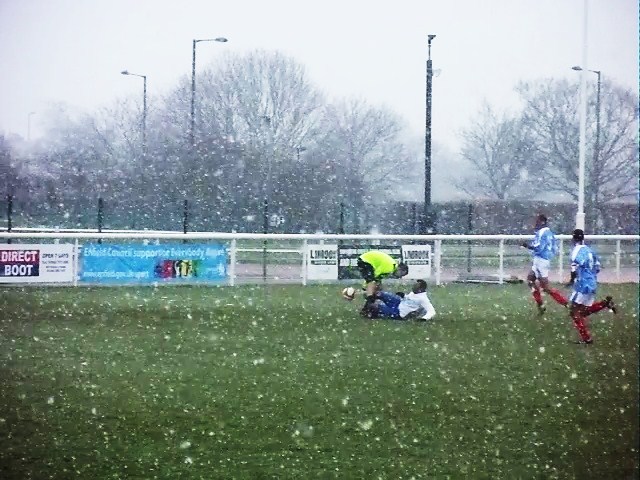 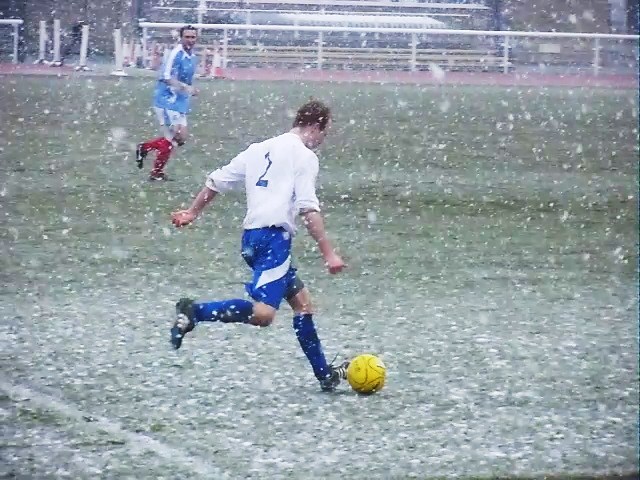 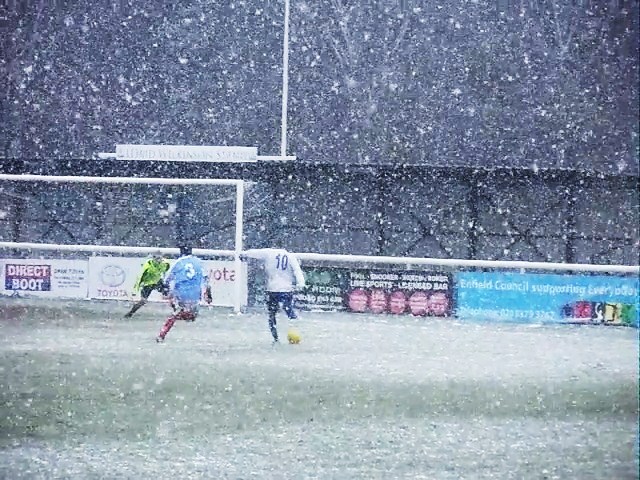 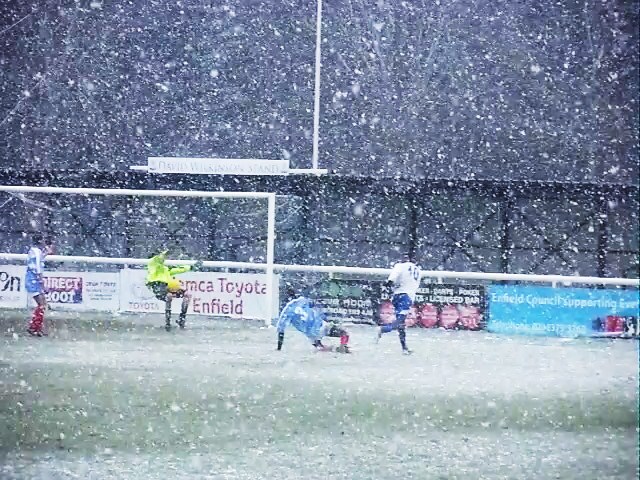 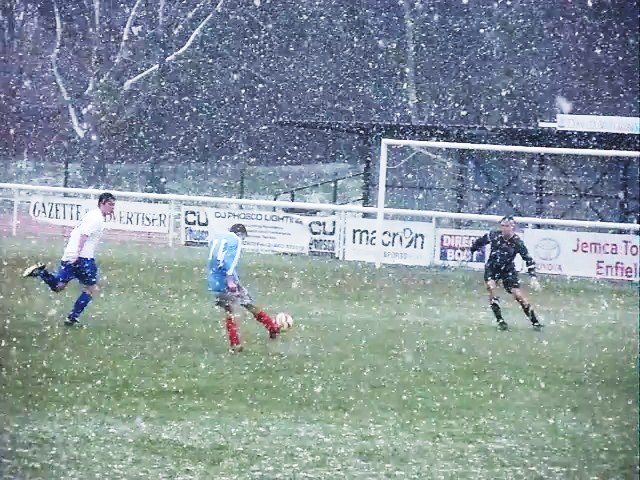 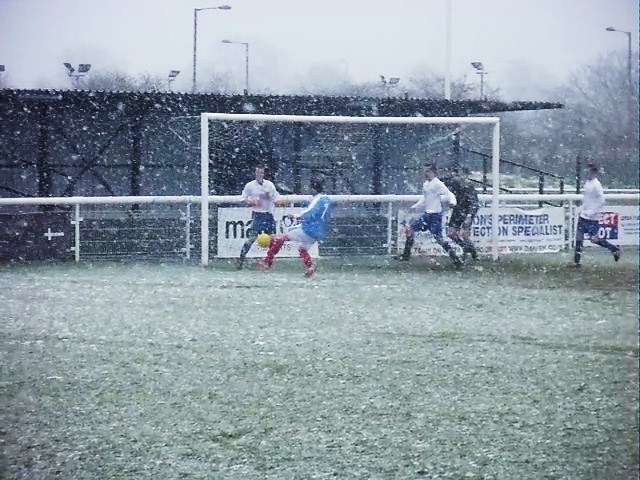 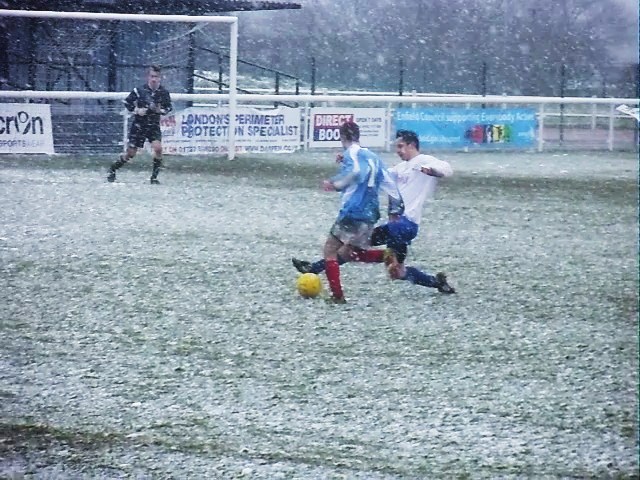 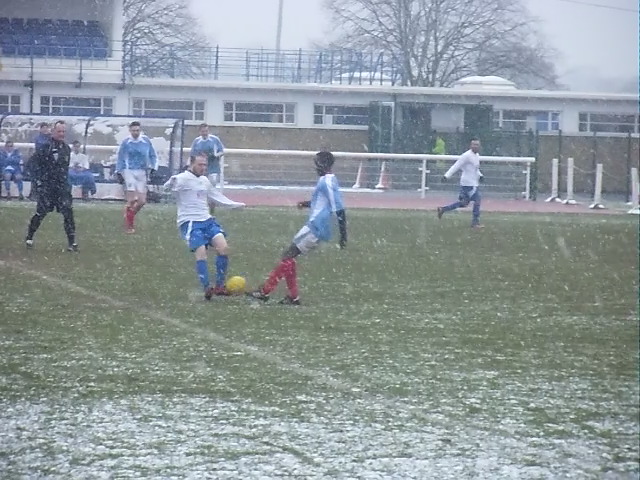 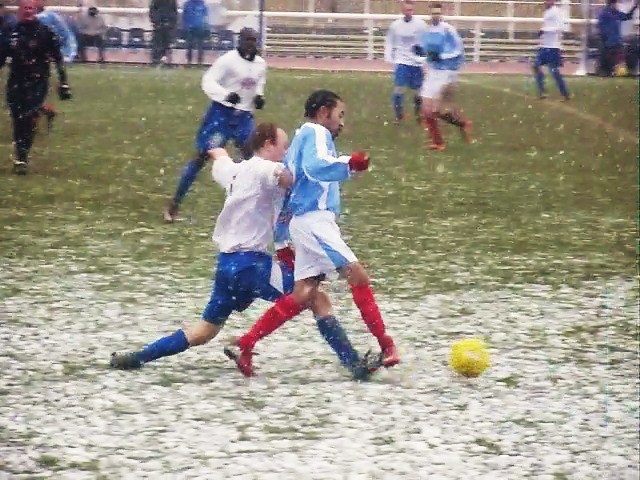 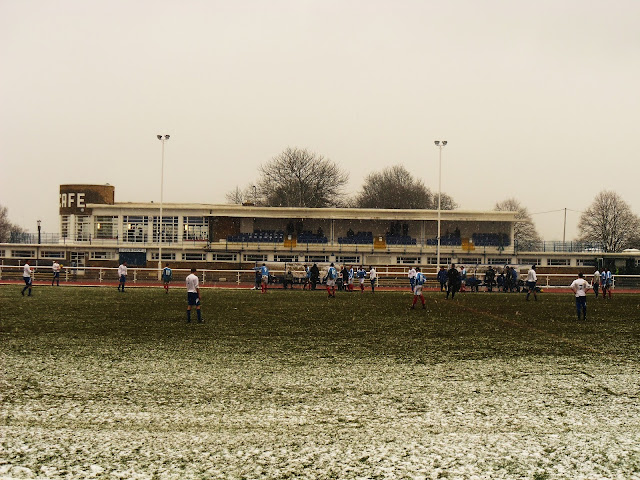