Two play off chasing teams in the Ryman Division One (North) faced each other on Saturday as Needham Market made the long trip from Suffolk to South Hertfordshire to face Potters Bar Town. The Scholars are right in their with a chance in fifth place after this game with The Marketmen (many people's pre-season favourites after their play-off final defeat at Enfield Town at the end of last season) down in eleventh place now eight points off of fifth place with one game in hand over Potters Bar Town. 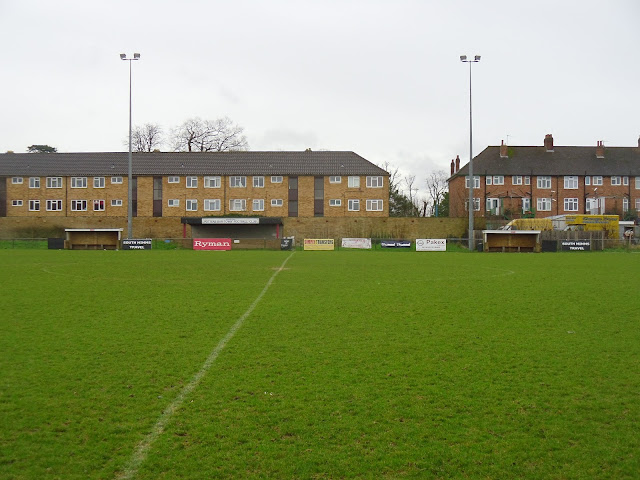 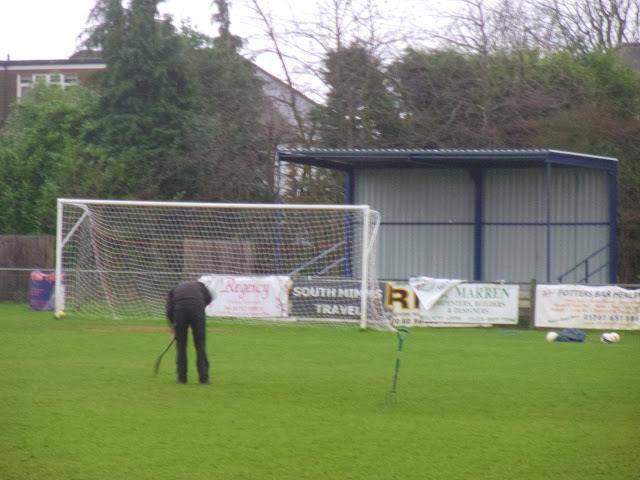 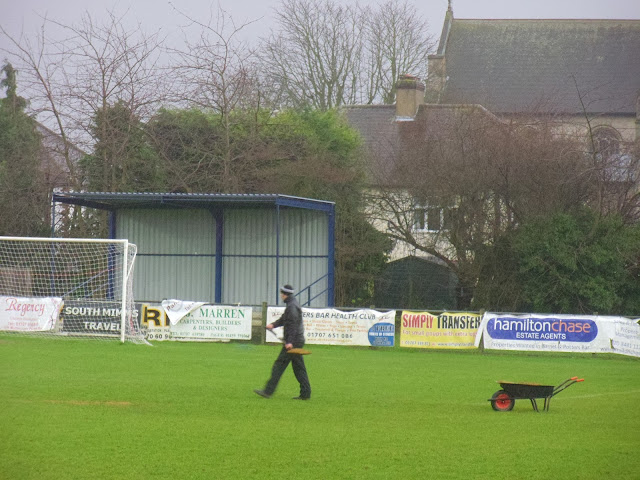 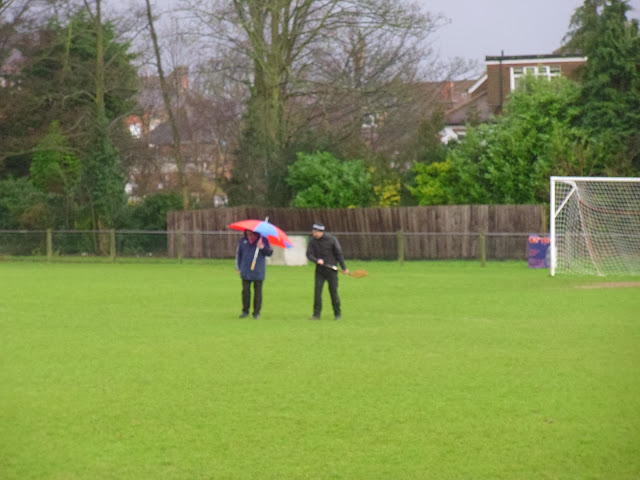 The pitch at Potters Bar was in a decent condition despite all the rain that has fallen recently with the groundsman doing some repairs late on with some sand on an area the referee was concerned about. This was done during a massive down pour of rain right before kick off which threatened a potential postponement. The rain fell as Bill Wither's Lovely Day was played over the tannoy system. which then went on to play 'I can see clearly now the rain has gone' as the rain stopped. This appeared purely by chance and made everyone in the stand smile which was great to see.

It's been a season of change for Needham with only three players (Pip Boyland, Ollie Fenn and Bradley Barber) in the starting XI yesterday who started the play-off final game. Rhys Barber and Danny Bloomfield who also started that game were on the bench.

The Scholars included ex Towner Wesley Beckles in their back four and his partnership with Fabian Simms at centre back was solidly tested at times during the game as Needham pushed for an equaliser having gone 1-0 down to Harvey Scott-Morris's early goal.

It was an eventful day for Scott-Morris who also scored a second goal on the break when the home side had been well under the cosh on 70 minutes. The former Boreham Wood midfielder was sent off right on 90 minutes when red-carded for an off the ball clash with a Needham player.

The Scholars front man Jose Espinosa (who is a former Needham player) limped off with looked like a ham string strain or injury in the first half and this could of effected their forward play somewhat.

The away side grabbed a richly deserved point when Rhys Henry (77 mins) and Ollie Fenn (82) scored to make it 2-2. They had had a headed effort cleared off the line just prior to Town's second goal along with a handful of decent chances in the first half.

The final score being 2-2. Needham's manager Danny Laws would of wanted to be higher up the league at this stage of the season but TheColdEnd is sure they will be in the play-off fight at the end of the season.

What is amazing is that what we all used to refer to as 'Fortress Bloomfields' has become a ground where Needham can't buy a home league win. Their home league record currently reads played 9 won 0 drawn 5 lost 4. They face Soham Town Rangers and Grays Athletic in their next two home games which they will want (and possibly need) to win to move up towards the top five.

Potters Bar Town's young goalkeeper Yilmaz Aksoy (who was a youth player with Leyton Orient last season spending some time on loan with Welling United)  along with Scott-Morris stood out as decent players for the home side.

What was disapointing is the crowd of only 74 that attended. This included several neutrals and around 25-30 fans who had made the journey from Suffolk to support Needham. The public of Potters Bar don't seem to have taken to The Scholar's play-off push! Only 41 and 42 saw their home games against Thamesmead Town and Waltham Abbey.