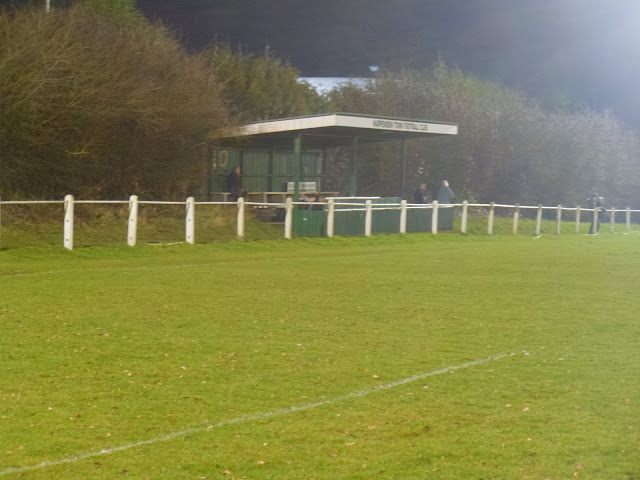 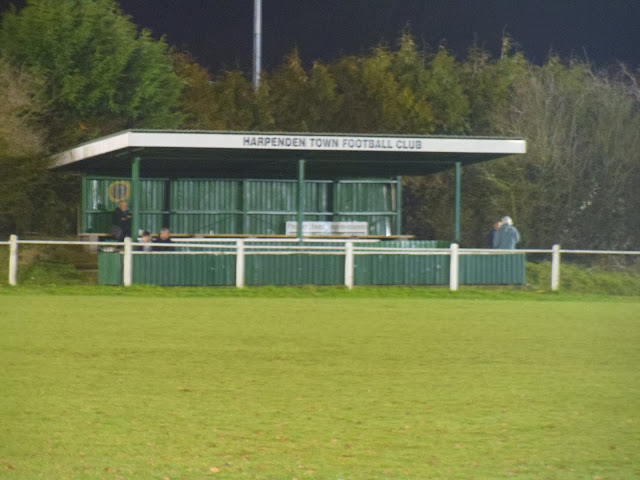 Harpenden Town welcomed Kentish Town to Hertfordshire on Tuesday night in the Spartan South Midlands League Division One and it was a match which had some contention involved which was hotly discussed by the some of the supporter's present. 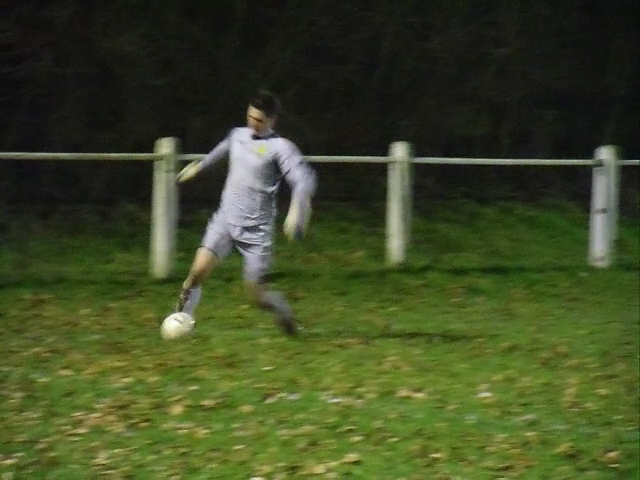 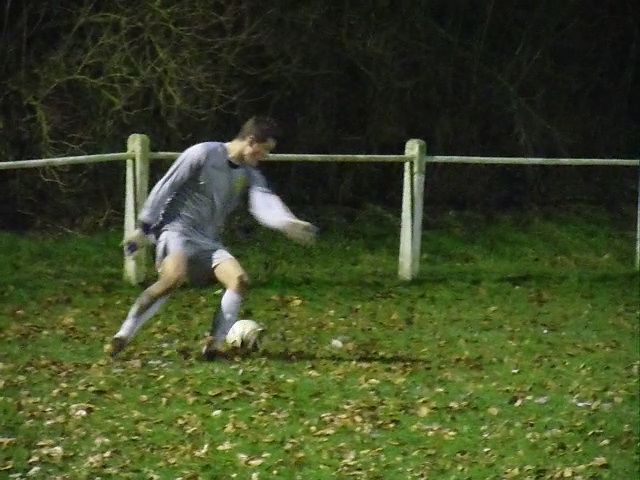 After the home side took the lead it was Kentish's equalising goal that was somewhat controversial. Firstly, it came from a corner kick that should never have been given. The home goalkeeper looked like he had kept the ball from going over the line only for the Assistant Referee to flag for a corner. Secondly, the re-start by Kentish was the taken from well outside the D as you can see from the pictures and thirdly there could of been a foul in the build up to the goal from the reaction of the home players. From the video I can't see there was one. Have a look at the video from 4mins 25secs. 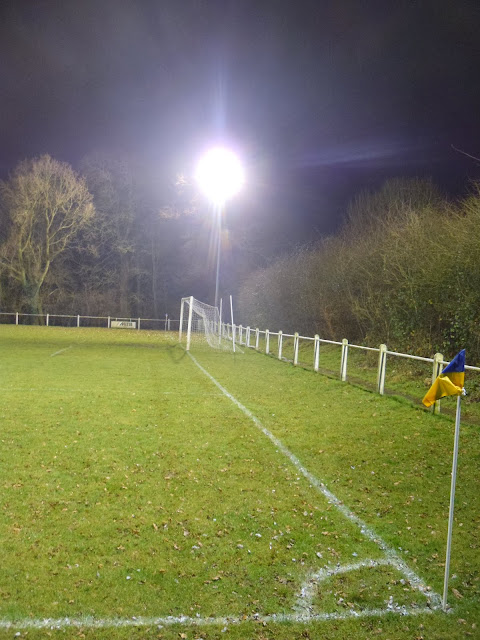 What was good to see was both sets of players just getting on with the game, even after a possible mistake by the referee and his assistants, who were otherwise very impressive on the night. To be honest it was hardly controversial but TheColdEnd thought it would make a good headline.

The result went to form as second place (this result actually puts them top of the league) and promotion chasing Harpenden beat Kentish who are down in eighteenth place. Kentish can take some motivation for the rest of the season from the game as they showed fight and determination against a team from the top of the table and had a shout for a penalty just prior to the home side making it 3-1. You'll see from the video on 7mins 30msecs that it was a great decision by the referee to wave play on as the defender got some of the ball.

Harpenden's fourth goal was the best of the night being a nice chip over the goal keeper after some good hold up play and a lay off. 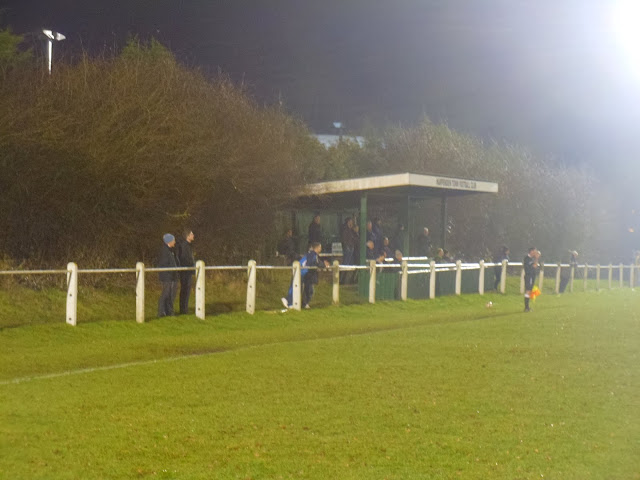