THE WADERS EDGE IT (JUST) AGAINST THE CROWS 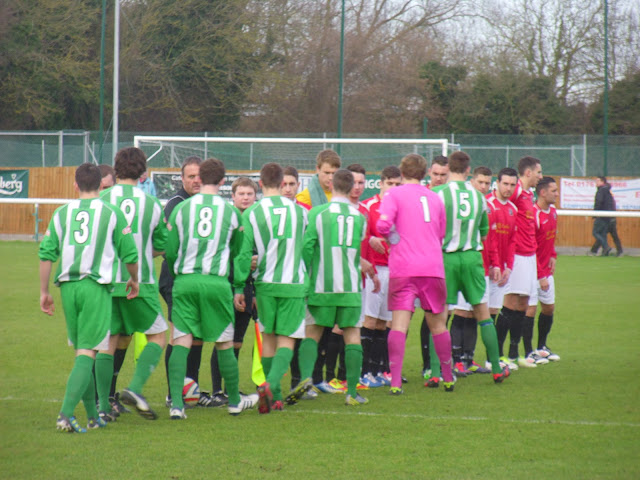 Boxing Day saw a local derby between the Towns of Biggleswade and Royston take place in the Evo Stik Southern League Central Division. Both teams have been promoted to Step 4 of the non-league ladder in recent seasons after being crowned champions of the Spartan South Midlands League Premier Division.

The Waders moved up in 2009 and finished in a respectable 12th place in their debut season. They then improved into a play-off place for 2010/11 finishing 4th and last season finished 8th. The play off season saw Daventry Town (whom lost to Hitchin Town in the final) beat them 2-0 in the semi-final.

The Crows were champions of the SSML last season scoring an amazing 125 goals in 42 games of which 34 they won. They have adapted to life at a higher level with ease and are pushing for a play-off place along with Biggleswade Town.

With the clubs geographically in close proximity to each other there were players whom had played for both sides on show and lots of handshakes prior to the kick off although if you'd missed this you wouldn't have known as there were tackles flying in from both sides in the opening exchanges. The Crows ex Barton Rovers midfielder Scott Spencer (number 6) was involved in a few and was booked.

There wasn't much between the two sides with Biggleswade keeper Alex Taylor making a good save to keep the scores level. The Crows looked good when Biggleswade allowed them to pass it around with Kaan Fehmi (number 9) and Luke Robins (on the left...number 11) looking good up front. 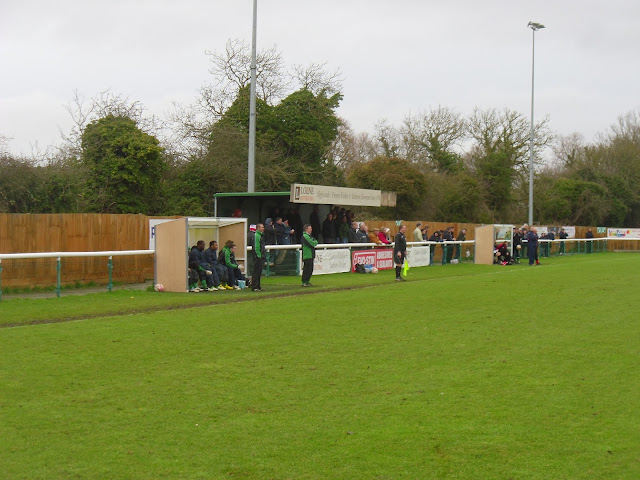 The game swung on Liam McDevitt's (another ex Barton Rovers player for Royston) red card midway through the first half. He tipped a goal bound shot over the bar his hand and was rightly sent off. The resulting penalty kick was well placed by Lee Allinson to make it 1-0. I never understand why players do this....Why not just let the goal in and play on with 11 men? Why chance getting sent off and a penalty which is nearly always scored and leave your team struggling with 10 men. Perhaps it's just instinct.

The second half saw Royston come back into the game passing the ball around well and working hard with only ten men. They deserved their goal scored by Fehmi and were somewhat unlucky not to gain a point from the game.

Biggleswade Town were very happy with the win which extended their unbeaten run in the league to eight games. The last time they were defeated was on Tuesday 23rd October to another ex Spartan League side in Aylesbury FC (2-3).


The crowd of 205 was also their best of the season beating the 142 who saw them play Baton Rover on Saturday 10th November.

They entertain second placed Rugby Town on Saturday in another important fixture for their play off and even title winning aspirations.


Royston's league form has dropped in recent weeks (P5 W1 D1 L3 since the start of December) but with the quality of the squad assembled I'm sure they will be there or there abouts in the play-off mix up at the end of the season. They travel to Chalfont St Peter (another team recently promoted from the SSML) on Saturday. The Saints are currently in 15th place.

As you can see from the below table it's very tight at the top of the table and no team is running away with the league title.