The pitch at Hoddesdon Town's Lowfield ground looked in very good condition last night where The Lillywhite's reserve side took on Stotfold reserves in one of the only non-league games to take place in the local area. Wingate and Finchley also survived the rainy conditions to play Leiston in the Ryman Premier Division in a game which finished 2-2.

The last time TheColdEnd saw a game at Lowfield when it had been raining it was a little different as you can see from the pictures below.


This Spartan South Midlands League Reserve Division One game was a decent one with both sides showing 100% commitment throughout. The game started with the away goalkeeper bashing his head against a post when he dived to save a header which caused a delay of five minutes or so. Credit to him that he continued after looking a little groggy following the incident. Hoddy looked in control but couldn't convert their superiority into goals. The closest they went was hitting the post and when it looked easier to score their player put it wide (see from 1min 42secs on the video). Stotfold then came to life and hit the crossbar from a header following a corner but it was Hoddy who went in 1-0 up at the break thanks to Billy Wingrove goal (the only thing I didn't manage to capture on camera!!). 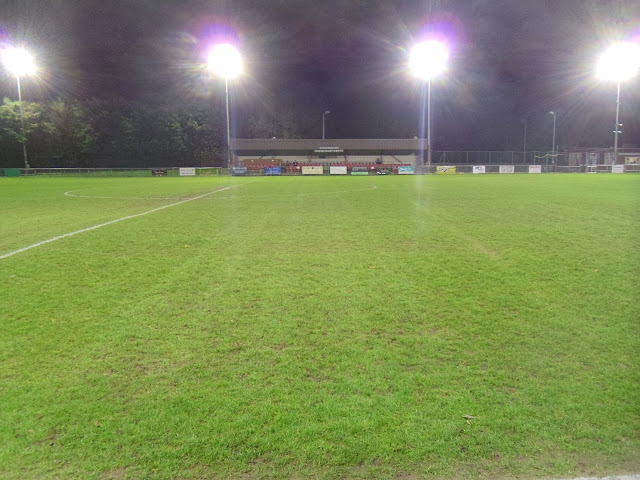 Stotfold looked a much better side in the second 45 minutes and scored a deserved equaliser which was a stunner from outside of the penalty box. Not goalkeeper would of saved it.  Have a look at it from 4min on the video to find out.

Both teams plugged away with Hoddy perhaps looking the more dangerous but it was the visitors who returned to Bedfordshire with all three points thanks to a well worked late winner right on 90 minutes.