HISTORIC DAY FOR ENFIELD TOWN ON THE ISLAND

On a very chilly and windy day at The Impact Arena the home side didn't make the ideal start to the game as Billy Coyne clearly handled on the line to save the ball going into the net. As you can see from the photo and replay it wasn't just one hand that touched the ball with both hands. It was just a moment of madness from the Concord right back. Coyne was red carded with some of the Concord player's arguing the ball had already crossed the line and asking for the referee to just give the goal to keep their team with eleven men. Liam Hope scored the resulting penalty kick to make it 1-0.

To their credit The Beachboys dug in with their manager Danny Cowley shouting instructions to go 4-3-2 after the sending off and it has to be said were probably the better side for most of what was a scrappy first half. Noel Imber pulled off a great save to his near post to keep the score at 1-0 at half time. 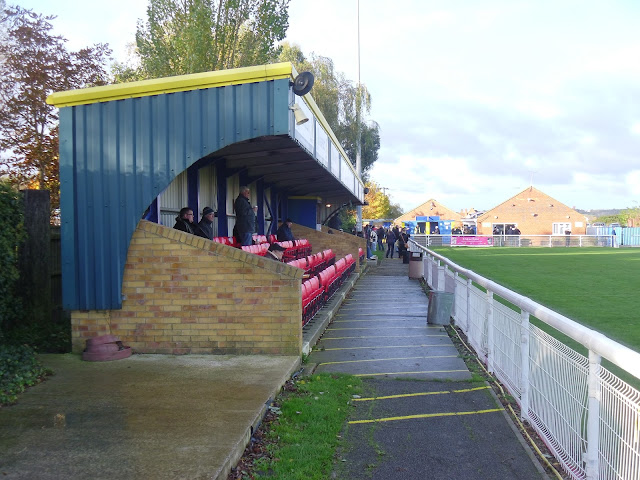 The second half was much better from Enfield Town with Jo O'Brien 'scoring' two disallowed goals after Imber had made another great save to deny the home side.

In the end O'Brien got what his play had deserved all day and scored the goal to make the game safe and celebrated with the travelling Town fans behind the goal to end a memorable day for the club. It wasn't a classic game but to win at Concord Rangers (where Town always seem to have no luck) for only the second time in ten matches certainly was a great result for the club. We're still on the road to Wembley and all Town fans will be watching out for the 3rd Qualifying Round draw on Monday. 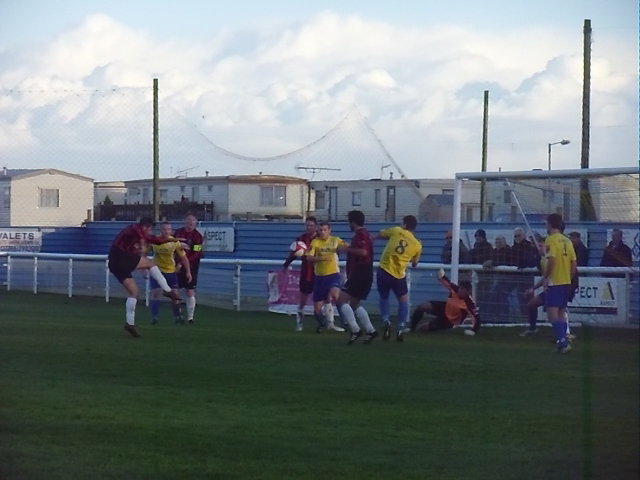