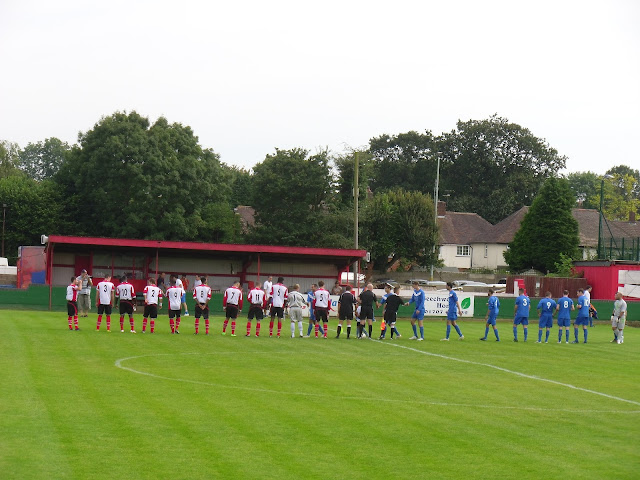 London Lions, of the Spartan South Midlands League Division One, made FA Cup history in their Extra Preliminary Round game against Essex Senior League Clapton on Saturday.

The Lions emphatic and stylish 4-0 victory on their debut in the FA Cup with Budweiser (to give it it's 2012/13 full name) and their website states this makes them the first all Jewish side to win a tie in the world's most famous football competition. Wingate FC may hold this record as they played in the 1948/49 competition beating Acton Town 1-8 away before losing 3-4 at Ruislip Manor.

The game was played at Hemel Hempstead Town's Vauxhall Road ground where The Lions are sharing for some of their games for this season as well as playing some of their league games at their Rowley Lane home in Barnet. The Stag's home is a fantastic non-league ground with covered large banks of terracing at each end which have a somewhat unique angle looking down onto the pitch. A seated stand and a small stand are on either side of the pitch which was in a fantastic condition for the game. 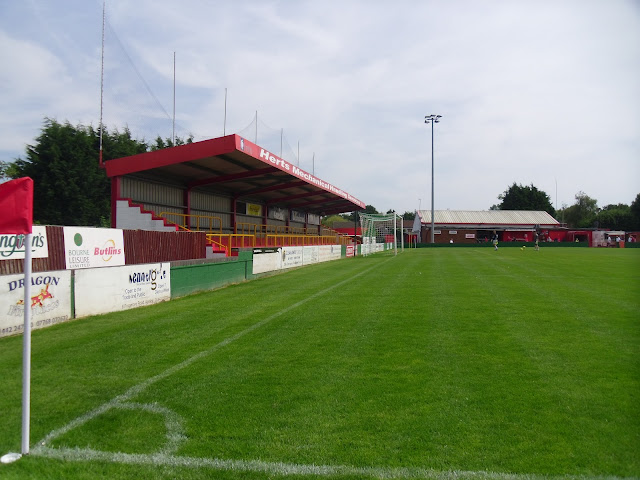 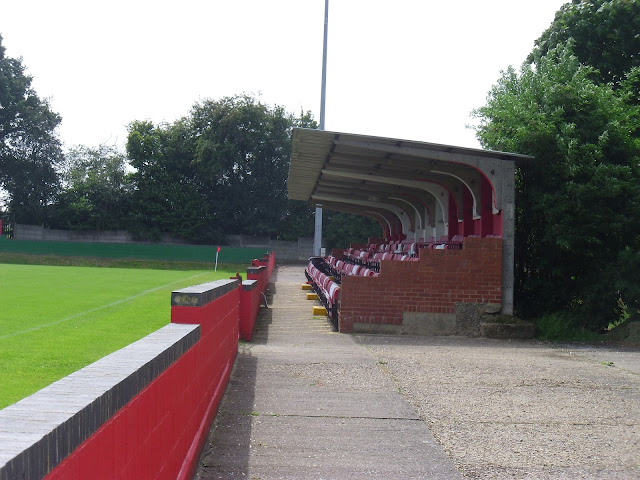 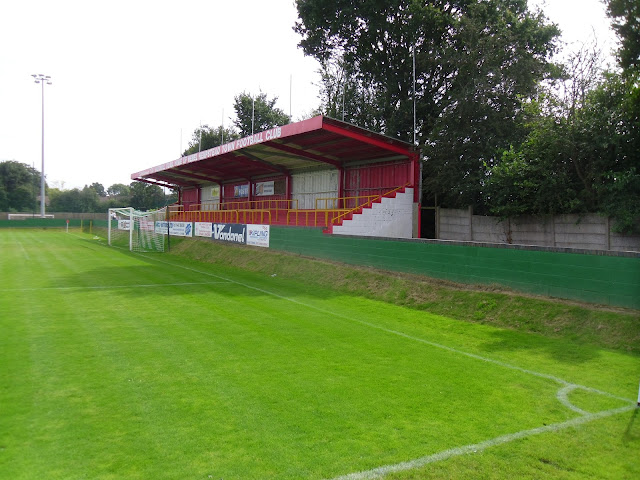 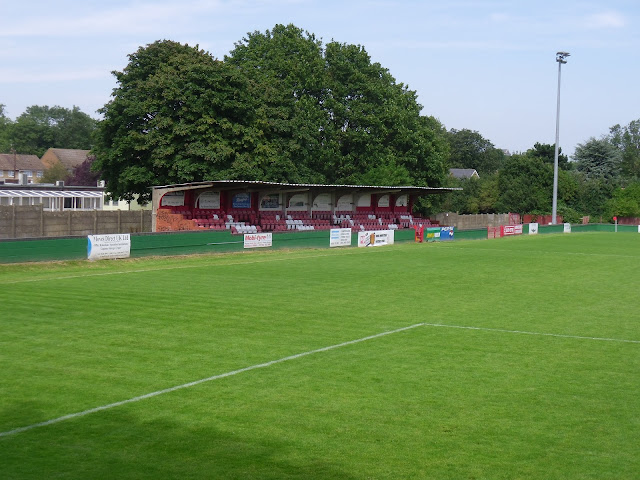 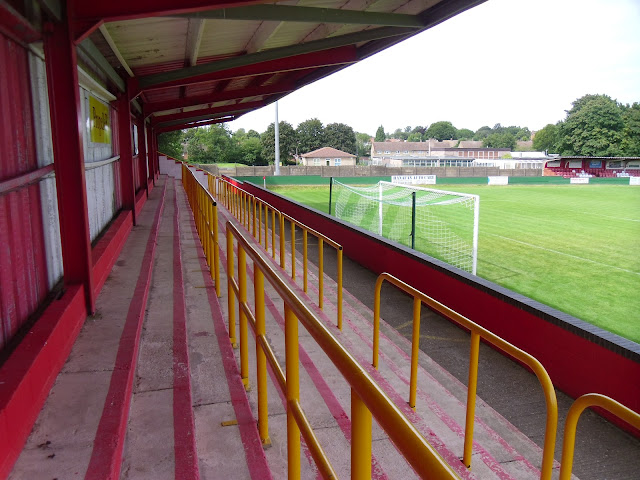 The Lions had within their ranks Sam Sloma (number 9) on the video whom spent several years with Dagenham and Redbridge and has the honour of scoring The Dagger's first football league goal. Enfield Town fans will know Sam from his time with Wingate and Finchley in the Ryman Division One (North).

For TheColdEnd it was Josh Kennet (number 7) whom stood out on the right hand side of midfield for the home side. He even switched to the left at times and caused the Clapton back line numerous problems throughout the match. He showed he is a very skillful tricky player with a fantastic touch, a turn of pace and great awareness of whats going on round him. He also can pick a pass and put some good crosses into the box. At only 25 years old it is TheColdEnd's opinion that he could easily play at a higher level of football and certainly wouldn't look out of place in the Ryman Premier Division or above. He started his career as youth with Millwall and Tottenham Hotspur and in the Football League with Oxford United. He has also represented Didcot Town and Israeli Premier Division side Maccabi Herzliya. He is definitely a player to look out for on this performance.

It was Kennet whom set up the first goal crossing from the right hand side for Darren Stanton to score The Lions first ever goal in the FA Cup.  Aron Barnes made it two when his shot from outside of the box was fumbled into the net by Clapton's unlucky keeper Mason Durell. In between the goals Kennet nearly sealed a wonderful 12 man flowing passing move by the Lions when Durell managed to touch his shot onto the crossbar. If it was Barcelona that concocted the move it would of been purred about by commentators and pundits worldwide. Watch it from 3mins 37secs on the video below.


Ben Ellis and Sam Sloma both added the scoreline in the second half with fine finishes from outside of the box. Clapton looked more dangerous and direct from set-pieces but never really troubled Mario Cenolli in the home goal.

On the plus side for the East London side they look more well organised than when I saw them lose 3-6 at home to Sawbridgeworth Town in October 2011. Under new boss Chris Wood they will improve as the season progresses.

London Lions continue their Cup adventure when they face fellow SSMFL (Premier Division) side Oxhey Jets at home in the Preliminary Round on Saturday 25th August.

The Ton's last FA Cup win came way back in season 2005/06 (their last as an Isthmian League side) when they defeated Stotfold 1-2 at Roker Park in the Preliminary Round. Since then Biggleswade Town, Northampton Spencer, Stewarts and Lloyds Corby, Kingsbury London Tigers, Stanway Rovers, Stanstead and London Lions have recorded victories in cup ties.
﻿