THE TWELVE PROGRAMMES OF JUNE PART ONE 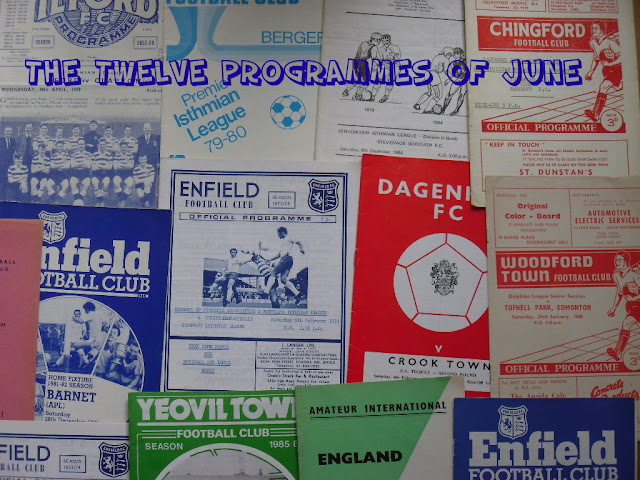 To keep The Cold End busy this summer I'll be presenting you with 'THE TWELVE PROGRAMMES OF JUNE' which will do as it says and give you details of twelve classic programmes from the past starting today with an Amateur International match from 1971.

Euro 2012 is nearly upon where England face France in the opening Group D fixture. This programme relates to the Amateur International Match played at the Old Champion Hill Ground in 1971.

Ian Wolstenholme (then playing for Hendon) and Roger Day (Slough Town) had previously had spells with The E's where they both won Amateur Cup final medals.

All of the sides represented were well known from the Amateur game apart from probably Prestwich Heys whom at the time competed in the Lancashire Combination. Duncan Smith represented them and was in his fourth season at Prestwich.

Glancing over the French team and we see players from Paris Saint Germain (whom had only been formed in 1970), Brest, Lille and Lyon.

This game was the 29th occasion the two countries had met in Amateur International matches with England winning the first four by an aggregate score of 48-1 with the French getting the better of England in the last three games prior to this one.

The England side had played three games in the 1970/71 season - as shown below it was a very successful time. Four players in John Swannell, Brian Moffatt (of Enfield), Paul Clements and Ken Gray had played in all three games with Moffatt not the only one not present in this game.

The programme which cost 6d was a four pager as shown below. Click on the picture to enlarge and make it easier to read.

The England Amateur team was disbanded in 1974 upon the reorganisation of the game and has since been replaced with The England Semi-Pro team now known as England C. 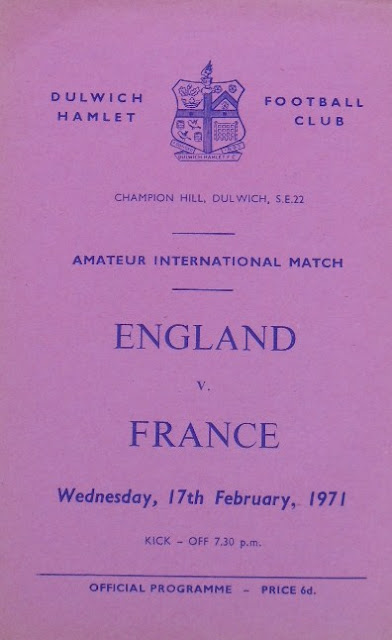 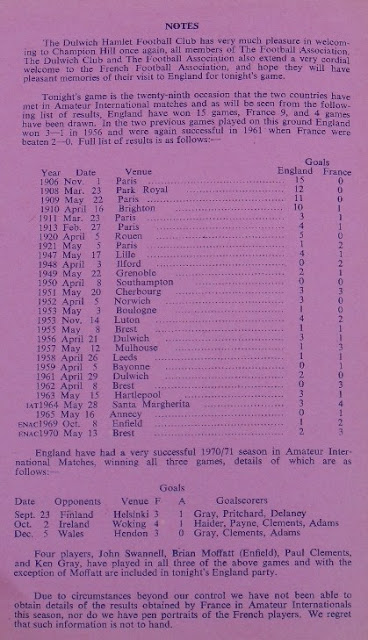 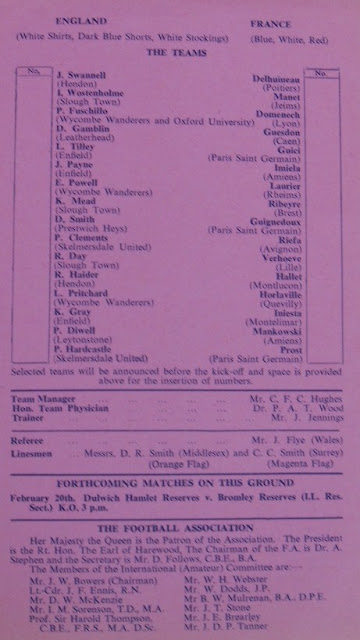 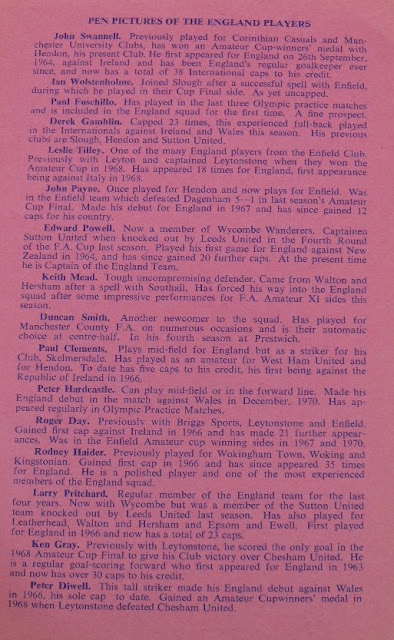