The Cold End has featured a few Ilford programmes of the past in the Classic Programme section so won't go into too much detail on this one and just feature the programme which is for a East London local derby against Clapton on Wednesday 30th April 1958. The programme shows the 'Ilford Cup Final Team for 1957/58' which relates to the Amateur Cup Final which Ilford lost to Woking 0-3. Both Woking and Ilford were members of the Isthmian League at the time with The Foxes clearly reserving their best form for the Amateur Cup where they beat Eastbourne, Bungay Town, Wycombe Wanderers, Vauxhall Motors and Crook Town to qualify for the final. This game was followed by another game at Newbury Park on the Thursday against Wycombe Wanderers.

As you can see Clapton won the game 0-2 thanks to goals from G.Belchamber and V.Abramson. 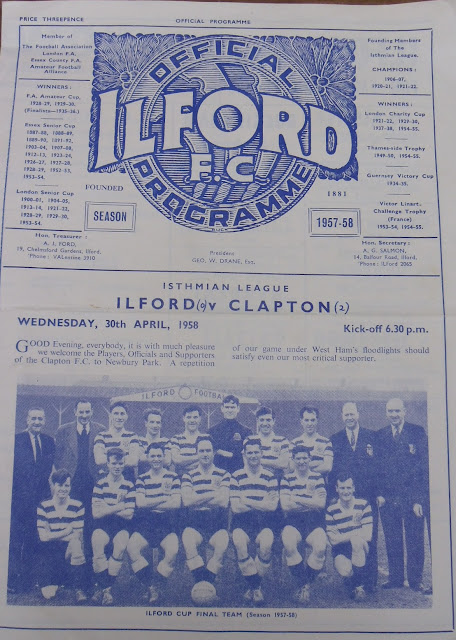 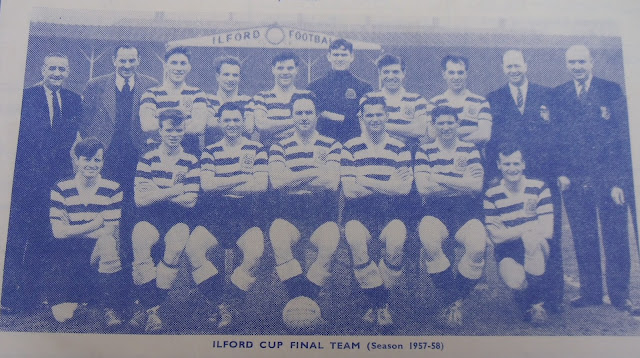 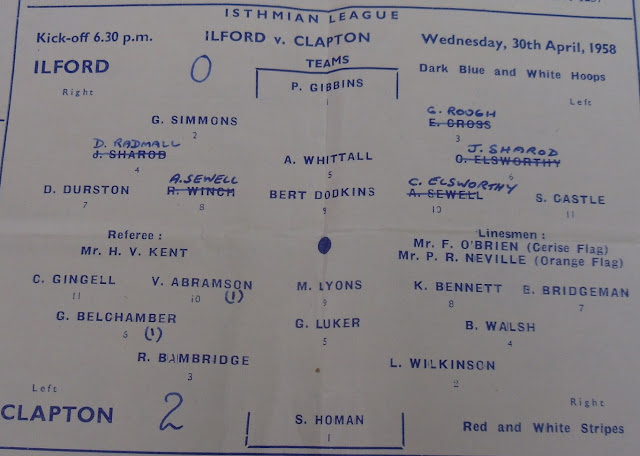 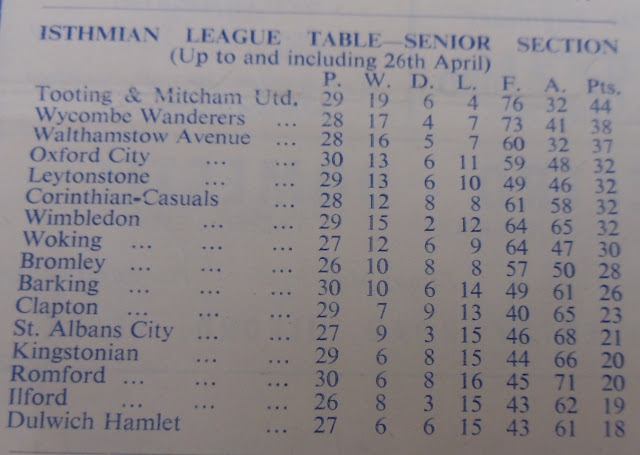 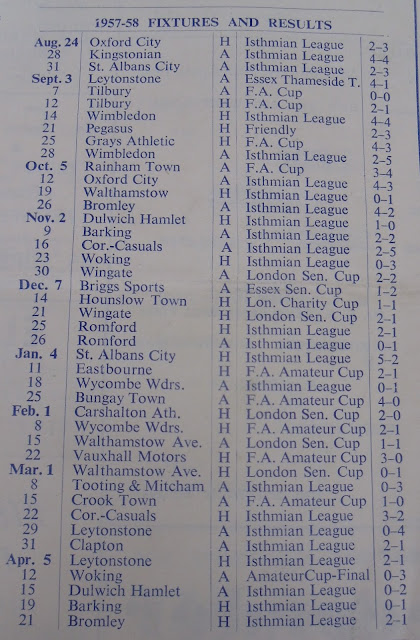