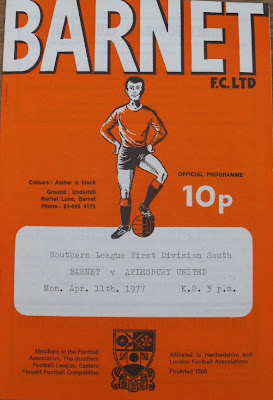 The North division contained Barry Town, Kings Lynn, Oswestry Town and Stevenage Athletic (their final season in the league) amongst others for 1975/76 with Division One (South) where The Bees were moved in 1976/77 counting Romford, Poole Town and Crawley Town as members alongside Barnet whom were top (to be crowned champions) in this game against The Ducks who were bottom of the table.

Barnet were managed at the time by Billy Meadows whom in the 76/77 season famously signed Jimmy Greaves for The Underhill club. He was replaced in 1978 by one Barry Fry who had apparently narrowly lost out when Meadow's originally got the job....and the rest they say is history. 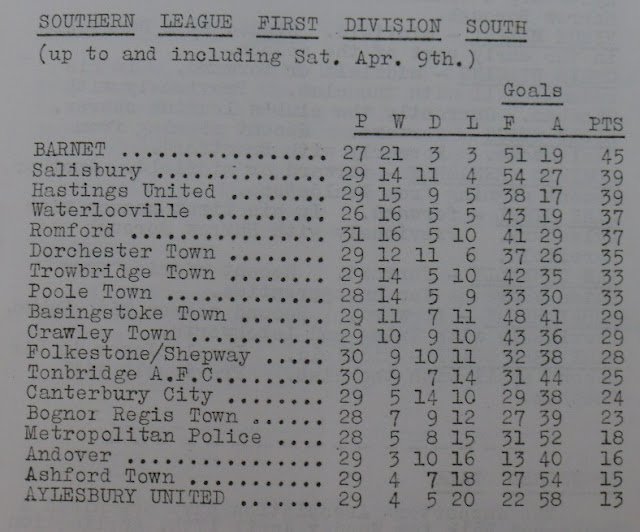 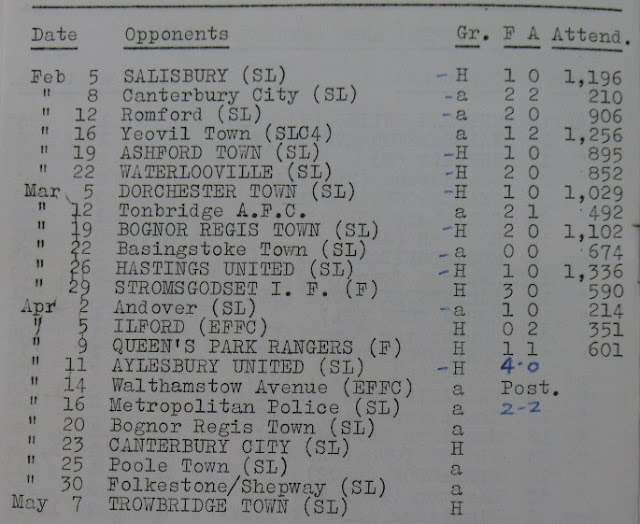 The programme which cost 10p at the time has bundles of information inside and shows Barnet attracted some decent crowds (for what was a Step 2 on the non-league pyramid side) at the time. 1,085 for a FA Cup home tie against Hatfield Town. 1,541 for Wycombe Wanderers in the FA Trophy and 1,336 in for a league game against Hastings United. They had also recently played friendlies against Queens Park Rangers and Norwegian side Stromsgodset IF.


Billy Meadows states in his Managerial Murmurings 'Before last Saturday's friendly with Queens Park Rangers I had a meeting with the players to discuss with them what has been going wrong in our play recently' and 'I hope now that we have got over our bad period and the goals will start coming again'... From looking at their results and their league position The Bees were doing quite well.