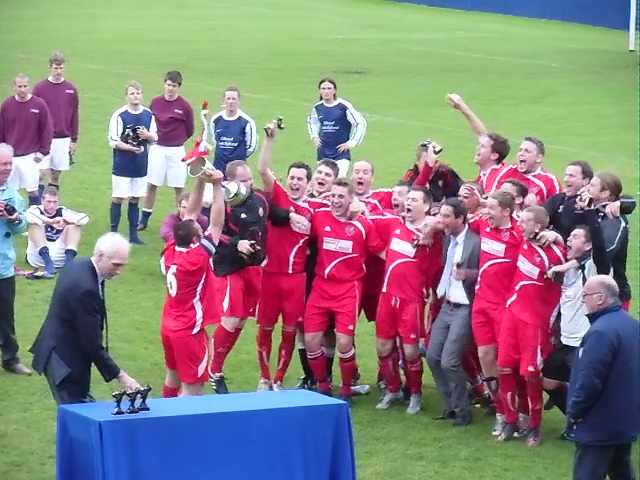 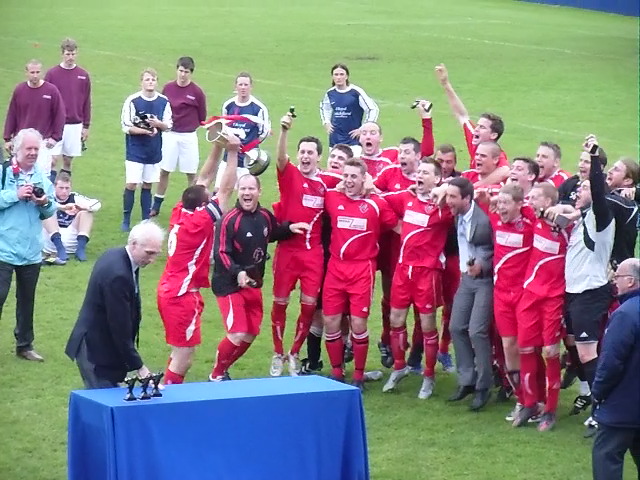 The 2012 final of the Anagram Records Trophy (aka Captail Counties Feeder League's Trophy) was played The County Ground in Letchworth GC on Sunday afternoon. For the second year running it was a Hertfordshire Senior County League side taking on a Spartan South Midlands League Division Two side and Hertfordshire versus Buckinghamshire. The teams were different though as Champions of the Hertfordshire Senior Premier Division Baldock Town took on Risborough Rangers who finished 2nd in their league below Champions Aston Clinton who competed in the final last year against Letchworth GC Eagles. (2011 final LINK HERE)
In front of a good crowd of 325 people with a good percentage making the trip from Buckinghamshire it was Baldock who were the better side. Risborough were backed by some noisy fans who stood behind each of their goals in each half which was really good to see. Baldock had one effort cleared off the line in the first half with Risborough's best chances to score coming early in the second half. 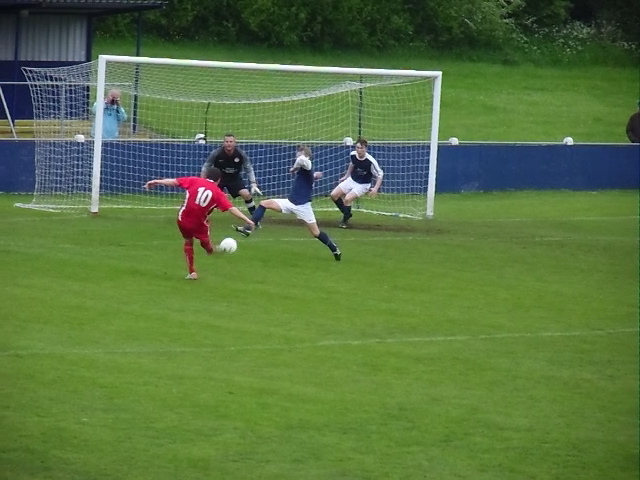 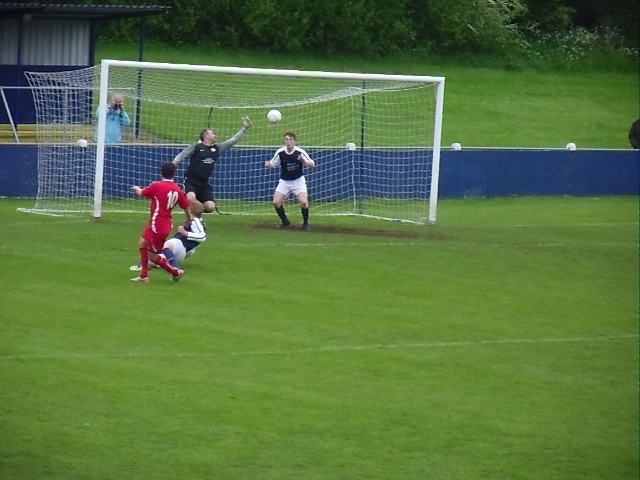 Just as the game was drifiting towards extra time a speculative shot from outside of the box by Louis Taylor crept into the net to win the game for Baldock.