A MUST WIN MATCH WON TO KEEP THE TITLE DREAM ALIVE

Mark Kirby, the Enfield Town Captain, tweeted 'I play football for days like today! Come on you town!' prior to the big game versus Leiston on Saturday afternoon and those words encapsulated the wholes team's performance in a last gasp 1-0 win at The Donkey Dome.

The table toppers came to North London backed by a noisy bunch of supporters and with the game drifting into injury time it looked like they had done enough to escape with a 0-0 draw and the one point they needed to win the title.

A Noel Imber long kick up field was headed on by Leon Osei into the path of Adam Wallace in the box who was brought down by Louis Johnson giving the referee no choice but to award a penalty kick. 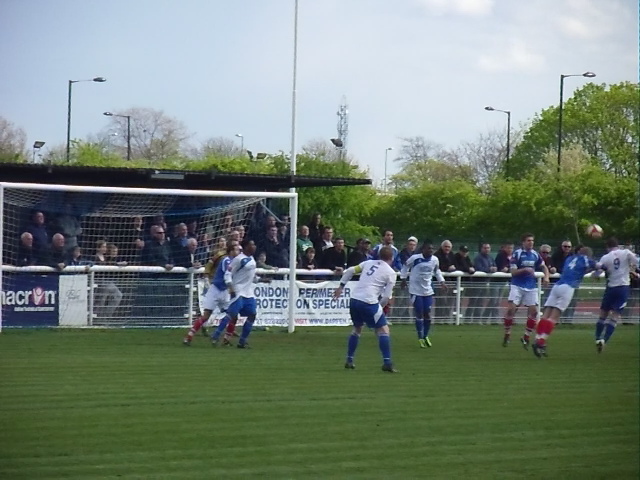 Up stepped Liam Hope to send the unlucky Leiston keeper the wrong way to send the title race into the final day of the season. Johnson had made a great save in the first half and plucked the ball from numerous crosses all through the game as Town went looking for the all important goal. He was probably Leiston's best player on the day. Hope had seen a header go inches above the crossbar in the first half and Rudi Hall had hit a post in the second half.

Leiston are still firm favourites for the title as they face Potters Bar Town at home next Saturday with Enfield Town travelling to Grays Athletic.

The simple fact for Enfield Town is they need to win at Grays Athletic and hope Potters Bar Town can either win or nick a point at Victory Road to bring the title back to Donkey Lane. It's tough ask as Leiston's home form is nothing short of brilliant but you never know. Town fans have just got to hope!!
The crowd was a season's best at 602 people. The Town fans present sang, encouraged and supported their team throughout the game with the travelling Lesiton fans adding to the atmosphere making it a great occasion at The Donkey Dome. It was a very good day to be a Towner!!!

The Cold End sends best wishes to Leiston player Jemel Fox who fell awkwardly during the first half and was feared to have broken his arm. Luckily the news is it is was only dislocated. Get Well Soon Jemel! 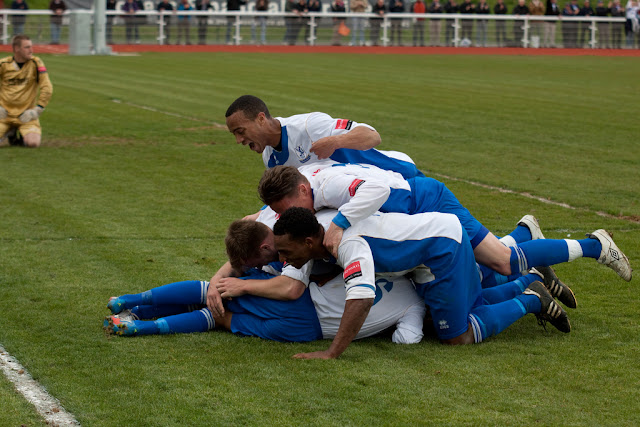 FOURTEEN MINUTES OF MATCH HIGHLIGHTS ARE BELOW