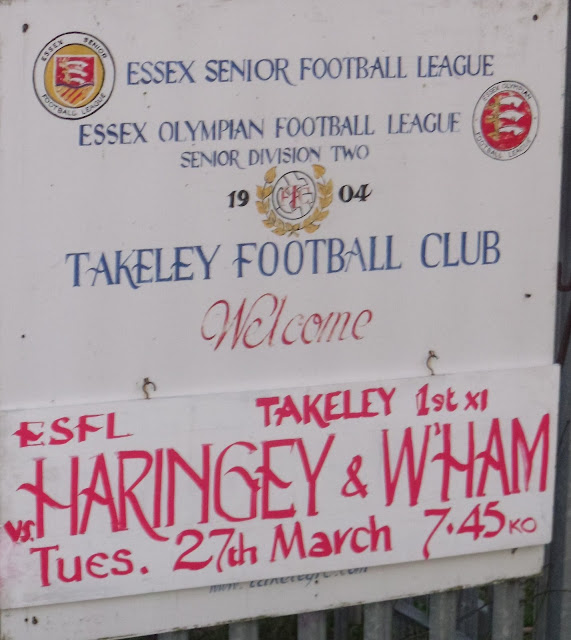 On Tuesday night The Cold End ventured over to Takeley’s picturesque Station Road ground to watch them take on Haringey and Waltham Development in the Essex Senior League.

Takeley are presently managed by ex football league player Steve Castle whom has also managed higher up the non-league ladder at St Albans City. Since the Leyton Orient legend took over the hot seat in November 2001 his new club have been in good form which has seen them climb up the table into third place. They are only a point away from 2nd placed Southend Manor and four points off of table topper's Witham Town. Witham look champions elect though with three games in hand. 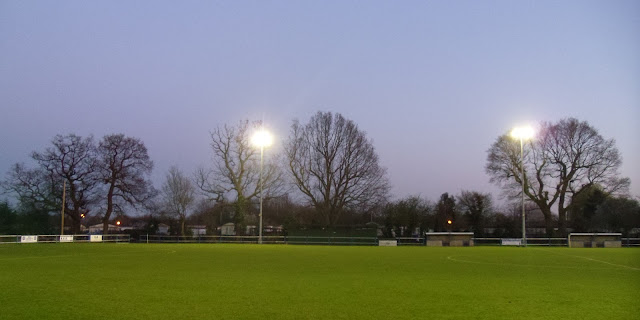 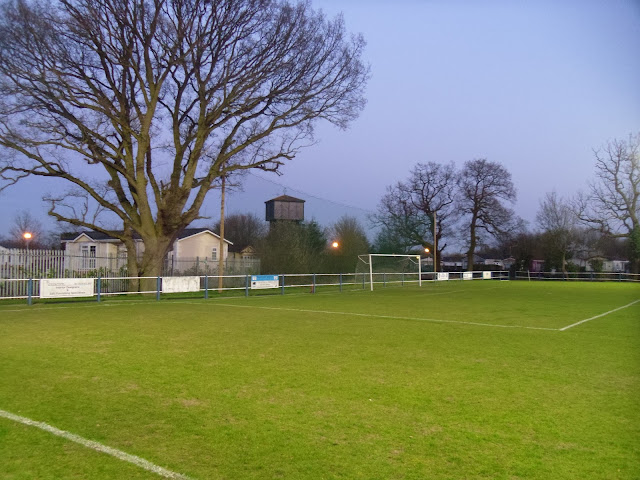 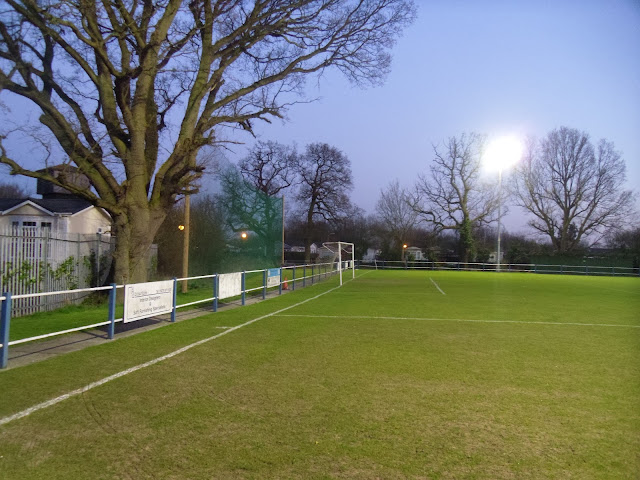 “Haringey and Waltham Development FC” (HAWD) were previously called “Mauritius Sports FC” having been re-named last summer. Mauritius Sports had been playing in the Middlesex Senior County League prior to merging with “Walthamstow Pennant” in 2007, whom had merged and played for two seasons with the re-formed “Walthamstow Avenue” club who also played in the Middlesex Senior County League.
The new club “Mauritius Sports & Pennant FC” played at Wadham Lodge and were accepted into the Essex Senior League for the 2007/08 season playing their first home game against Beaumont Athletic  on the 18th August in front of a paying crowd of just three people. For the 2008/09 season the club became known as “Mauritius Sports FC” before moving from WL to Coles Park (ground share at Haringey Borough) last summer where they were subsequently renamed HAWD.

On a lovely spring evening it was a great setting for the beautiful game with both sides playing some good football. Ex Waltham Forest boss Tony Ievoli is now manager at HAWD and it was a real delight to see him encouraging his players to pass and move thus playing the game the right way. There was no swearing from the away side’s bench with just positive words throughout the game. I can count on one hand when they went long ball.
Takeley look a good side and played some really decent football too. They were closely matched by HAWD who can be thankful to their goalkeeper Danny Fowler who made two brilliant saves in the first half to keep the score down to 1-0 at half time. The first one was a combination of save and miss in my book (have a look at the video from 2mins 51secs  to see if i’m right or not??).  The home side including in their starting XI Darryl Doolan and pacey winger Reece Dobson whom both have represented Harlow Town in the 2010/11 Ryman Division One (North) season.

In the end the final score of 2-1 was just about right.

If Steve Castle makes a few additions to his squad over the summer I can see them making a real challenge for the title next season. They have only dropped points to Southend Manor (0-0 draw), Witham Town (lost 1-2) and Burnham Ramblers (0-0 draw) since the start of November.  Tuesday night's victory puts them on a ten game league winning run.


TEAM LINE UPS
HTML Tables
* note - each team did make some substitutions but the cold end wasn't able to note them down.