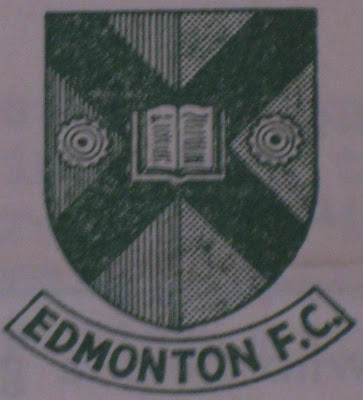 'Edmonton FC' exisited from 1960 following a merger of Tufnell Park and Edmonton Borough to 1973 when they moved to Coles Park, White Hart Lane and became Edmonton & Haringey later becoming the club that is now Haringey Borough in 1976.


Edmonton FC known as the E'S (sound familiar) played in the Delphian League and later the Athenian League at the Henry Barrass Stadium, Houndsfield Road, N9 just off the Hertford Road where the Cock Tavern Public House stands. They played in green and white quartered shirts. Tony Rocco seems to be the man as he's listed in the programme in 1967 and still played at Coles Park in 1974. Midweek home games were played in the afternoon due to the ground having no floodlights.
The E's struggled along in the Athenian Division Two, the best season coming in 1969/70 when a second place was achieved gaining promotion to the top division. It was this season that by winning games versus Hemel Hempstead and Ilford the E's earnt a home tie versus their close and more illustrious neighbours Enfield FC.
Enfield had beaten Southall, Kingstonian and Grays Athletic (7-0) to reach the game in the 3rd Qualifying Round which was played 40 years ago today on the 18th October 1969. In all of the old Enfield's history this must be the most local of away games ever played. Enfield who were riding high in the Isthmian League were too strong and ran out 4-1 winners. The programme listed the game as David V Goliath as Enfield had thrashed Edmonton 8-1 in their previous encounter 7 years previous. Enfield went on to beat Wealdstone before losing to Brighton & HA 2-1 at the Goldstone Ground in the 1st round proper.
Edmonton moved to Cole's Park in 1973 and became the aforementioned Edmonton & Haringey and the Barrass fell into disrepair. The cold end is old enough to remember a black & white six lane running track running around the pitch (still there in the mid 80's???) and the main stand which is still present today together with grass banking which ran around the some of the ground. The pitch is now regularly used by the Edmonton Sunday League. 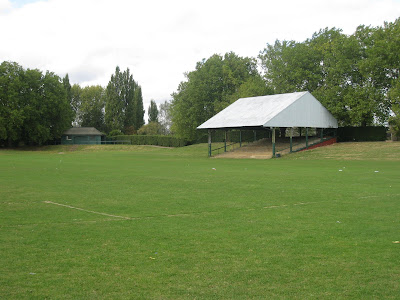 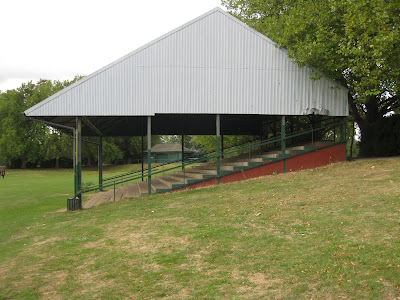 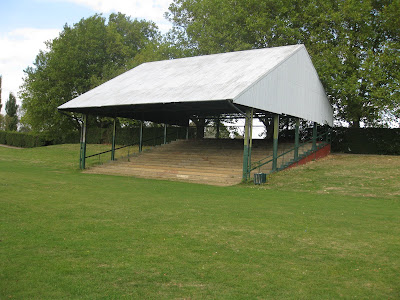 The cold end thinks with a little bit of hard work the stand wouldn't look out of place in a Ryman League ground or above. 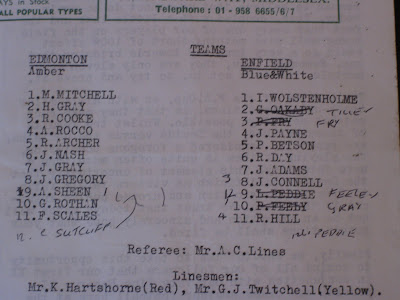 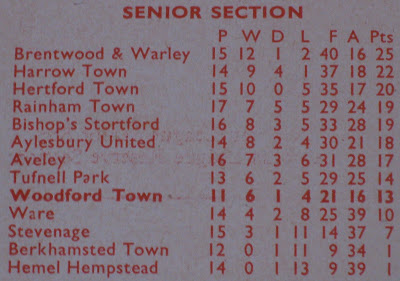