The Cold End is not ashamed to admit to shedding a tear on two occasions following Enfield FC from 1988 and then Enfield Town from 2001.
I was in Buckinghamshire in April 1994 on the first occasion. A nightmare journey up the M40 on the supporters coaches caused us to miss most of the first half of the Trophy Semi Final replay versus Woking. Darren Hay celebrating his goal in front of us was hard to take but seeing the mass ranks of Cards fans bouncing up and down celebrating on the pitch set me off. Feelings of dejection set in, I was totally gutted. We had been so close to Wembley when Saint hit the post in the 2nd Leg. This is what made following football so endearing, The highs and lows and the ups and downs. 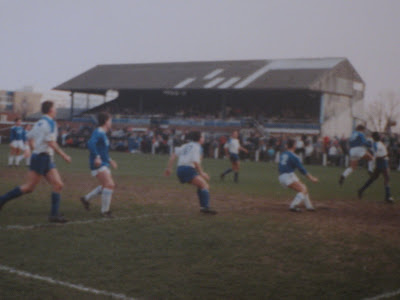 Fast forward almost a year to the day in April 1995 and we all would be celebrating our glorious league title with a 5-0 home win versus Marlow. We were Champions and returning to the promised land of the Conference. The rumours of the 'irregular balance sheet' were already circulating in the bar afterwards but I ignored them as the beer was flowing and we were winners. Over the next few days and weeks the news broke that the E's weren't being promoted and I suppose that was when some of the rot set in for Enfield FC as we knew it. The team's mammoth effort in the league in the next season only to be denied on goal difference (one goal!!!!) was remarkable but all the more heart-breaking. 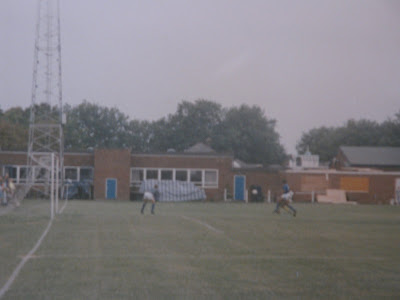 The second time I cried was in September 1999 and the last league game at Southbury Road. Walking round from the Town End at full time as it became reality that this would be the last game at the once proud home of the kings of non league football was too much to take. The bulldozers were moving in. Sadly I missed the midweek bonus of the cup game versus Barton Rovers. 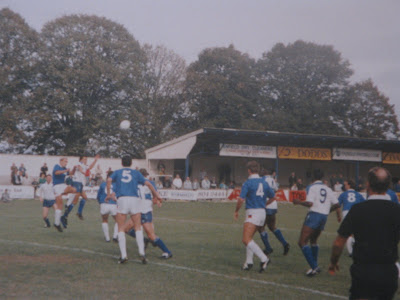 It's my dad's fault I supported Enfield FC and he wasn't even a fan. Back in December 1988 he had planned to take me to Highbury to watch Arsenal V Everton but his back was playing up. So, My mum probably to get me out of the way for a few hours let me go on the short walk to Southbury Road and the rest is history. That season we had the glory of the Trophy run to the final. Two games stand out being the 2-0 home victory versus Barnet in the February and the Trophy victory against Lincoln City when some of their 'fans' threw coins onto the pitch at the end. I never forget Andy Pape handing me about £3 in loose change, I was thrilled. Thanks to the Imps so called supporters I was in profit for the day. 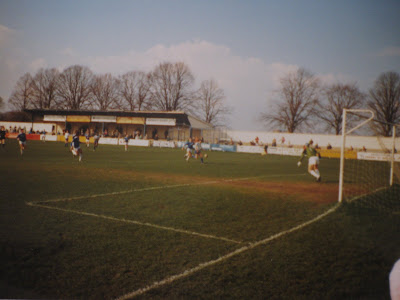 So many games stand out for me. The cup games versus Leyton Orient, Cardiff City and Peterborough United. The MOTD camera's along with John Motson visiting in 1991 versus Barnet, Not such a good result that time but over 5000 crammed in to the stadium. The trophy replay in 1994 versus Sutton United when Graham Roberts scored at the Kingsmead End, the cold end remembers a great atmosphere under the stands that night. Also in that season beating a sorry Wivenhoe Town side 8-0 and seeing Budgie Burridge running the length of pitch to take a penalty urged on by the E's fans under the Town End only to be waved back by Robbo and Borg in the dugout and the aforementioned glory glory season on 1994/1995 with the legend Johnny Bailey on the wing. 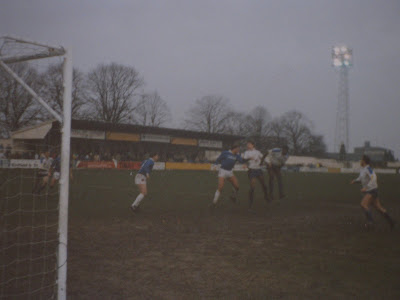 Much has happened since 2001 with the formation and development of Enfield Town FC coupled with the ups and downs of the club we knew as Enfield FC finally coming to end in 2007 and the subsequent formation of Enfield FC 1893. In a perfect world there would only be one club in Enfield and maybe one day soon both will come together. It was certainly a very strange experience in our games versus Enfield FC seeing the badge of the club we love opposing us and reading the history we all had been part of. 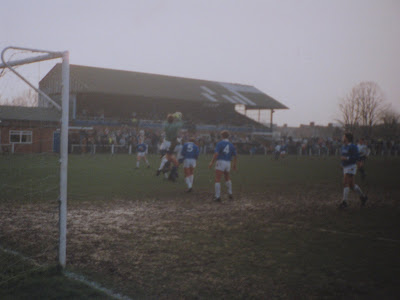 So, this September 2009 it will be ten long years since Southbury Road went. I must admit sometimes when I have occasion to drive down the A10 I look across to see if the 'E' floodlights are there, sadly we know they are not. Some people in Enfield now don't even know there was a stadium there and have no idea where Enfield Town play (or EFC 1893)
Southbury Road will always be in our hearts as the spiritual home of football in Enfield but we must look to the future with the QE2 stadium or the 'Donkeydome' as some fans have nicknamed it due the stadium's proximity to Donkey Lane.
SOUTHBURY ROAD.........GONE BUT NEVER FORGOTTEN!!!
***Photo's are from the vaults at the cold end so are not that high quality. They were taken around 1991***
For better photo's of the great old stadium from the 1980's onwards click on Houndog's FLICKR link below, has some great photo's of recent Town games too:
http://www.flickr.com/photos/35233459@N02/
at 08:27