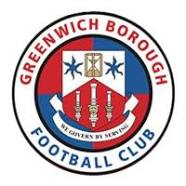 GREENWICH BOROUGH have issued a statement this week stating the following “Due to the severe business interruption, Greenwich Borough FC will not be participating in the league from today. We are not closing the business but just withdrawing from the competition. The club are not leaving for financial issues.“

The club were champions of the step five division in 2016 and moved up to the Isthmian Division One South where they finished 3rd, 4th and 19th last season. They lost in the play-off semi-finals in 16/17 and 17/18 to Corinthian-Casuals.

The club lost it's spiritual home of Harrow Mead at the end of the 2008/09 campaign as the land was sadly sold off to property developers. They ground-shared with Holmesdale, Dartford and then in 2016 agreed a lease to share with Cray Valley's Badgers Sports Ground. They have been sharing at Pheonix Sports for the 2019/20 season.

A crowd of 41 people saw their last SCEFL game which was a 2-1 defeat at AFC Croydon Athletic in which Ehizojie Martins scored in the 90th minute.

I for one hope the club, formed in 1928, can come back next season and provide a place to play and watch football for the local community of Greenwich.

Ian Wright famously played for them prior to rise to the top of the game with Crystal Palace, Arsenal and England with Mo Eisa moving from Greenwich to the football league with Cheltenham Town in 2017 - He has since gone on to play for Bristol City and now Peterborough United in League One.

Here are match highlights of their under 23 game at Ware last February which finished 4-5 with their goals scored by Lawrence Adjei (2),  Omotefe Edosio and Andrew Sesay (2).

VANARAMA NATIONAL LEAGUE SOUTH - THE RACE FOR THE TITLE

PGG* denotes points per game in the last 10 games


Wealdstone recorded what could be a pivotal victory in the race for the title on Saturday when they won 2-4 at Havant & Waterlooville - they had been 2-1 down just after half time but three goals in the second half recorded an important three points for The Stones. 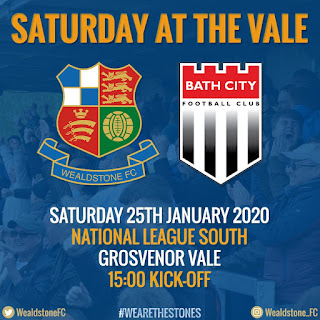 The big games continue this Saturday, as the in-from side of the division Bath City visit Wealdstone for a top of the table clash, which should attract a good sized crowd to Grosvenor Vale. City are without a defeat in eight league games with their last defeat coming against Havant & Waterlooville.

Havant & Waterlooville tavel to Dulwich Hamlet (15th) tonight in another important game for the Hampshire side. They then go to Chippenham Town (21st) on Saturday with Slough Town travelling to Braintree Town (17th).

COULD THE STONES RETURN TO NON-LEAGUE'S TOP DIVISION FOR THE FIRST TIME SINCE 1987/88?


Corby Town, who finished in third place last season and eventually lost to Bromsgrove Sporting (2nd) in the play-off final, currently lead the way in the BetVictor Southern League Division One (Central) - they are closely followed by Berkhamsted who finished in sixth place last season and Halesowen Town who were relegated from Step Three at the end of the 2018/19 campaign. 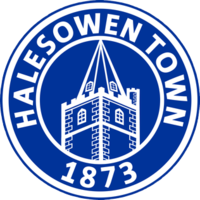 Halesowen Town are maybe best placed with four games in hand over their title rivals - they have fallen behind due to their successful FA Trophy run where they travel to Vanarama National League Maidenhead United in a second round replay tonight. They are without a defeat in thirteen league games with the last loss being at home to Corby Town on Saturday 14th September. It's a huge match on Saturday as they travel to Steel Park to face the league leaders in the return match. 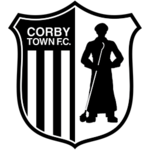 The Steelmen's two defeats (away at Barton Rovers and Coleshill Town) in their last three league games has put a dent in their Championship hopes and it makes Saturday's match a real must win one for them.

Corby Town have the best record in the top 4 v top 4 table closely followed by Welwyn Garden City and somewhat surprinsgly Halesowen Town who have two defeats (the aforementioned at home to Corby Town and when WGC visited them in late August they came away with a 0-2 win). 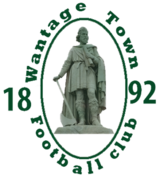 At the bottom of the table it's already been a very long season for Wantage Town who have just one victory in their twenty-two games played which came at home on New Year's Day at home to North Leigh. The Oxfordshire club have yo-yo'ed between the Southern League and the Hellenic League in their recent history. They were Hellenic champions in 2014 and stayed at step four for three years finishing 20th, 20th and 21st before finishing 4th and then 1st in the Hellenic League in 2018/19 season. With an eleven point gap between them and St Neots Town it looks as though they'll be back at Step Five for the 2020/21 campaign.

In the top goalscorers list Berkhamsted have two players. Jonathan Lacey (formerly of Leverstock Green) has 13 goals and Lewis Toomey on 20 goals, He has played for a number of local clubs including Hemel Hempstead Town, Hendon, Kings Langley and Chesham United amongst others. Former Notts County player Montel Gibson is in second place with 15 goals for Halesowen Town.
at 12:47 No comments:

Quarter-Finals
to be played on Sunday 16th February

Brimsdown, who are currently ground-sharing at Ware's Wodson Park, had won just two of their twenty one games played with five draws and fourteen defeats in the league. They had recent heavy defeats against New Salamis (0-10) and Enfield Borough 0-7. Their two wins had come against Park View and Stotfold.

FCBB had a slightly better record of four wins, nine draws and just five defeats in their eighteen games played.

They welcomed back Kai Bowers for this game who had left the Goffs Lane club recently to join Essex Senior League side Cockfosters where he had made only two appearances against Ilford in the league and Saffron Walden Town in the Errington Challenge Cup.

Both sides played some good football with the visitor's taking a two goal leade from the penalty spot and then on the break with a close range finish - both goals were scored by Connor Bancans. Brimsdown broke back and scored to make the half time score 1-2. 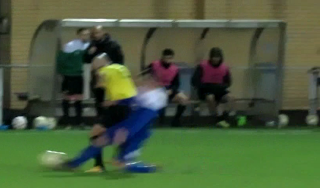 NOT THE BEST PICTURE AS IT'S TAKEN FROM THE VIDEO FOOTAGE BUT IT SHOWS NINER'S TACKLE WAS GOOD?

The second half really came alive with around 20 minutes left when FCBB's Bradley Niner was given a second booking for a challenge which from the video looks a good well timed one - I've long been a supporter of referees so I'll put through the argument that from his angle it could of looked different.

This reduced the visitors to 10 men but they didn't sit back and scored a third goal when Kai Bowers was fouled in the box and Bancans was able to bag a third goal from the spot. 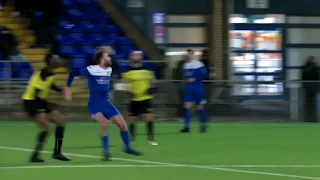 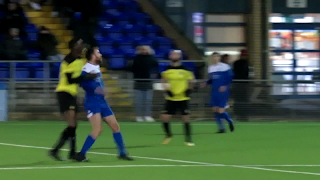 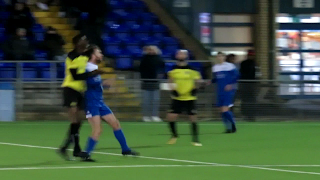 It was a memorable evening for Bancans who then was sent off for a second bookable offence for what I believe the referee deemed as simulation - when challenged in the air by a Brimsdown defender he went down with a head injury - It was a brave decision by the referee but many people on social media who have viewed it think it was the correct one.

It looked as though FCBB were going to hold on for a well deserved three points but the hosts had other ideas and pushed forward. They scored two well taken late goals to rescue a point to the delight of all involved with the club. 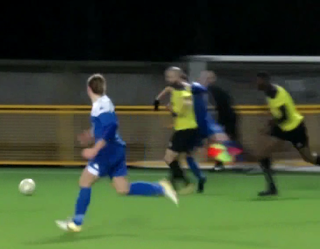 There was another debatable decision late on when the Brimsdown number 6 (I am unsure of his name) fouled a Broxbourne player and only received a booking which many people present thought was a red card incident.

For Broxbourne it was a tenth draw in nineteen league games played - They are certainly a tough team to beat - If they could of converted just five of these into wins they would be in eighth place in the table and not the current fourteenth position.

Brimsdown lost 5-3 at Amersham Town on Saturday and will be looking to add another win to their record in their game against Park View at home on Saturday which is a bottom of the table clash.


Jersey Bulls first season in the non-league pyramid couldn't be going any better as they have played twenty-three games so far and incredibly won everyone of them so far.

They are 24 points ahead of second placed Farnham Town in the Cherry Red Records Combined Counties League Division One (Step Six) and have an average home crowd of 699 in their games played so far which is a figure many step three clubs would love to have.

They look to be following their Channel Island neighbour's Guernsey who joined the CCL D1 in 2011/12 where they were title winner's and followed this up with a second place finish in the Premier Division and promotion to the Isthmian League step four where they have so far finished 4th (Lost to Leatherhead in the play-off semi-final), 10th, 13th, 21st, 18th and 18th. The Green Lions are currently in 11th place of the Isthmian South-East Division where their last game was a 1-2 home defeat to Whitehawk on Sunday in front of 1,004 people. 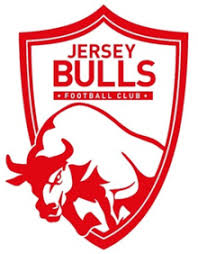 
With a seven point gap between second and third, which increases to thirteen points between first and third, it appears the race for the Spartan South Midlands League Premier Division title maybe down to just Colney Heath and Tring Athletic although I'm sure Biggleswade United, Harpenden Town and Newport Pagnell Town will be pushing them all the way to the end of the season. Although Newport Pagnell Town have only won one game in the their last ten games - they have drawn seven of those. 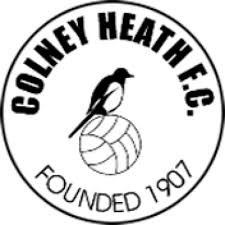 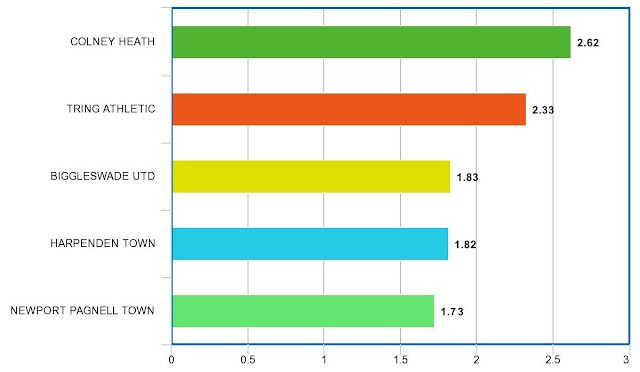