THIRTEENTH TIME LUCKY FOR BEDFORD FC ON THE ROAD

It's been a difficult season results wise on the pitch for Bedford FC but over the last few months there has been some improvement which has been great to see. Since TheColdEnd had watched their 0-2 home defeat against Wodson Park on Saturday 17th December James Petty's team had won three of their eight league games (going into this game) played against Ampthill Town, Arlesey Town Res and Chesham United Res. Win percentage wise it's much better than the four wins in the twenty league games played prior - 37.5% win rate compared to 20% before.

This was a fantastically entertaining match between two sides who played football the right way on (as usual) a superb pitch at The Maurice Rebak Stadium - there also wasn't any real back chat to or crowding round the referee or his assistants which was good to see too. Just two groups of players enjoying the game - how it should be! Looking at the league positions in the Spartan South Midlands League Division One towards the bottom of the table i'd say if both clubs can keep hold of the bulk of the players on show in this game they will be much higher up this time next season.

Hadley Wood and Wingate FC are the feeder club/team to Ryman Premier Division Wingate and Finchley. Founded at Hadley Wood FC in 2003 the club was set up as the 'win at all costs' attitude in junior football was not something the founders wanted to be part of. Over the years the club has fielded numerous youth teams and won many cup competitions with many young players moving up to professional clubs and to represent Wingate and Finchley. They had also partnered in an initiative with "The Copenhagen Youth Trust" in Inner London to sponsor children from deprived areas to represent the club.

It was 0-0 at half time but that wasn't down to the lack of chances as both keepers made some good saves. It was just before the 70 minute mark that Bedford took the lead through Michael Fisher who slotted the ball home from the left hand side of the penalty box through a crowd of players. Moments later Hadley made it all square when Jake Casey bundled the ball over the line from a corner kick but it was was Bedford who took all three points via the penalty spot and Fisher's second goal. It was a definate penalty kick as you'll see from the replay. 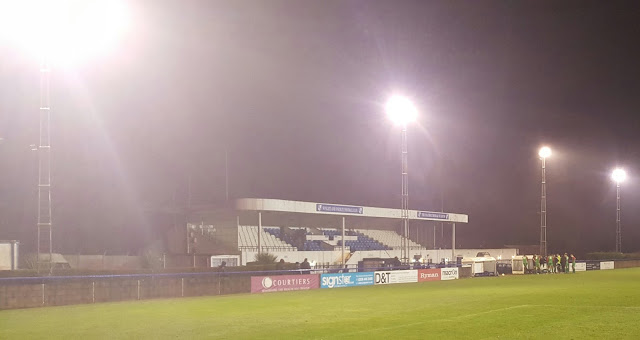 Bedford FC's players and management celebrate their first away league win of the 2016/17 campaign in front of the main stand last Tuesday night - The team and the fact every player worked for the team was great to see.

This was Bedford's first victory on the road in the league at the thirteenth time of asking so it was a real evening of celebration for the team and management.

Hadley Wood banished the memories of this defeat on Saturday when they beat Hatfield Town at home 4-0 but then travelled to title favourite's Biggleswade FC last night and lost 7-1. Bedford lost 2-0 at Codicote on Saturday but returned to winning ways with an impressive 4-2 victory over Hillingdon Borough yesterday evening.

They host Harefield United on Saturday before travelling to Chesham United in midweek. If you are local to Bedford why not pay McMullen Park a visit to give them some support - Manager James Petty is buidling a good team who, as stated, I think will finish much higher up the table next season. 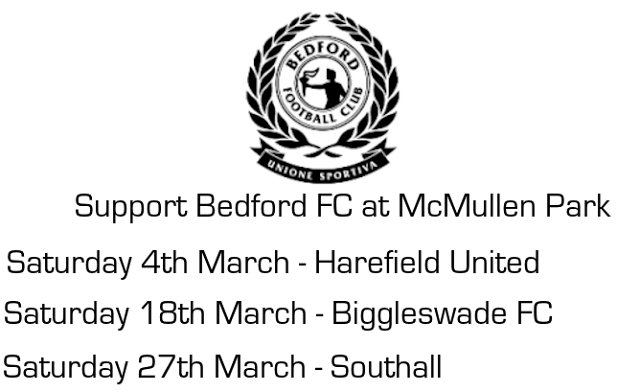