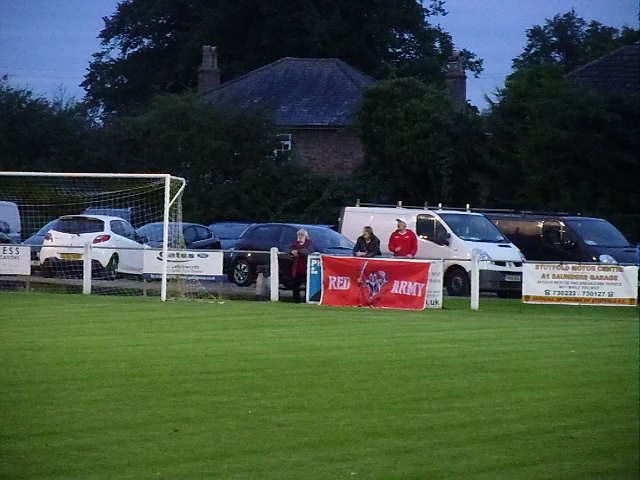 The newly formed "RED ARMY" sang songs throughout the game such as "WE HATE LETCHWORTH" and "PREMIER LEAGUE YOU'RE AVIN' A LAUGH" during Baldock Town's FA Vase victory over St Margaretsbury last Friday evening. It was an all Spartan South Midlands League tie with Division One Baldock hosting Premier Division St Margaretsbury at Roker Park where they currently ground share with Stotfold. It was a fantastic game where five goals scored with St Margaretsbury's second a fantastic volley from just inside the penalty box. There was also a red card with the away side reduced to 10 men after around half an hour - The ball was heading towards the net and it looks like the St Mags mad handled the ball from the reaction of all the players around him in the footage I captured. The referee was very close by and there were no arguments when the red card was shown.

Going into the game St Mags had lost four of their five league games played with Baldock winning four of their six league games so the result went the way of the form book even though the two teams play at different levels on the pyramid.

The Red Army welcome Essex Senior League side FC Romania in the next round on Saturday 3rd October.

Match highlights are below and well worth a watch....