It was an eagerly anticipated Christmas local derby yesterday as table topper's Welwyn Garden City entertained second placed Hatfield Town in the Spartan South Midlands League Division One in front of an amazing attendance of 354*. I'm sure not many other Step 6 level non-league games will be that well attended this season. Heavy rain had fallen locally overnight putting the game in doubt but some great work by The Citizen's groundsman and helpers made the pitch playable... Okay it wasn't a bowling green surface from the Premier League but it was green in places, it's what many would call a a 'Proper Football Pitch'. Going into the game Welwyn had just lost their unbeaten league record in a 0-2 home defeat to another local side in Codicote but had made up for it with a 0-5 away victory over Amersham Town. The BlueBoys had been soundly beaten 5-1 away at Baldock Town on Saturday 20th December.

* The last time Welwyn played Hatfield at Herns Lane was in the 2009/10 Spartan Premier season on Tuesday 22nd September when 160 people saw a 2-0 win. The three points were taken from The Citizens after it was discovered they had played an inelligable player. On Monday 28th December the return game was played with Hatfield the 'home' side as they ground shared with Welwyn at the time in front of a better crowd of 223.

The game was one to remember for both sides as some tough tackles made it a highly competitive but well contested affair. Adam Fisher's side dominated the opening proceedings quickly going 1-0 up via Marc Arnott and then 2-0 from a Daryl Smith header at the far post on the end of a quality looping free kick from Sam Perrin. The game was looking at getting away from Hatfield Town but credit to them as they dug deep and pulled the score back to 2-2 at half time. Their first goal came from the penalty spot after Jason Caswell fouled a player in the box. There were no appeals as it was a clear foul. Ben Collins confidently placed the kick in the right hand corner past the dive of Welwyn's Joe Croft. Shortly after Aaron Lewis made it 2-2 tapping the ball home following some great work on the left hand side and a mix up in the home box.

Welwyn made it 3-2 just after the break via a Joel Norris header. They looked the better attacking side from then on and it was Hatfield's keeper Allan Buck who made a number of impressive saves during the game to keep his side in the game. In particular towards the end of the 90 minutes when he tipped a Jason Caswell chipped shot onto his crossbar.

At full time every player looked exhausted having given their all for their team on a heavy pitch. The Welwyn boys recovered quickly to celebrate their victory with a "quite few pints in Romford" on their Christmas drink-up.

Don't worry if you missed the game or you want to see the action as there are full highlights below including all the goals scored and match action.......well worth a watch -


It was great to see both managers complimenting each other's team on social media after the game. Ash Purser and Adam Fisher tweeted the below messages. Purser has done a fantastic job for The Blueboys since joining from Hertfordshire Senior County League side Bedmond Sports over the summer - 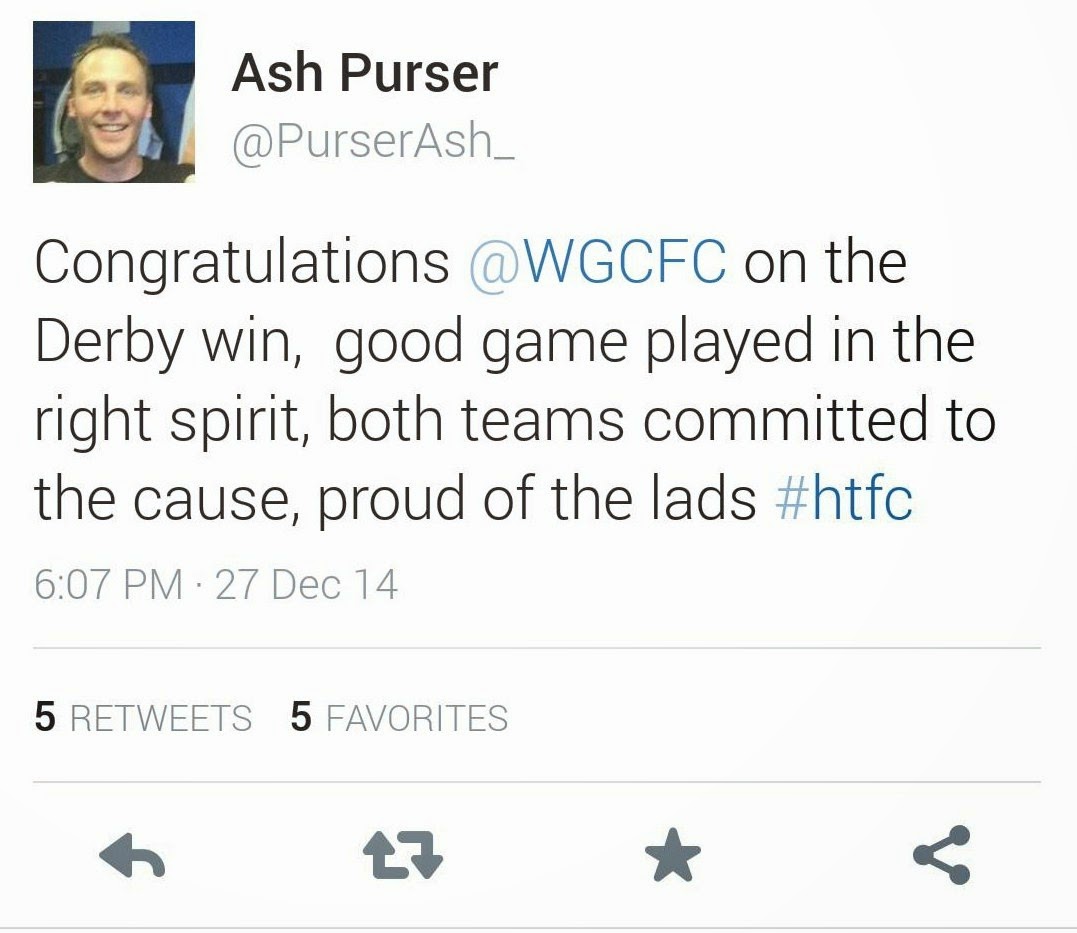 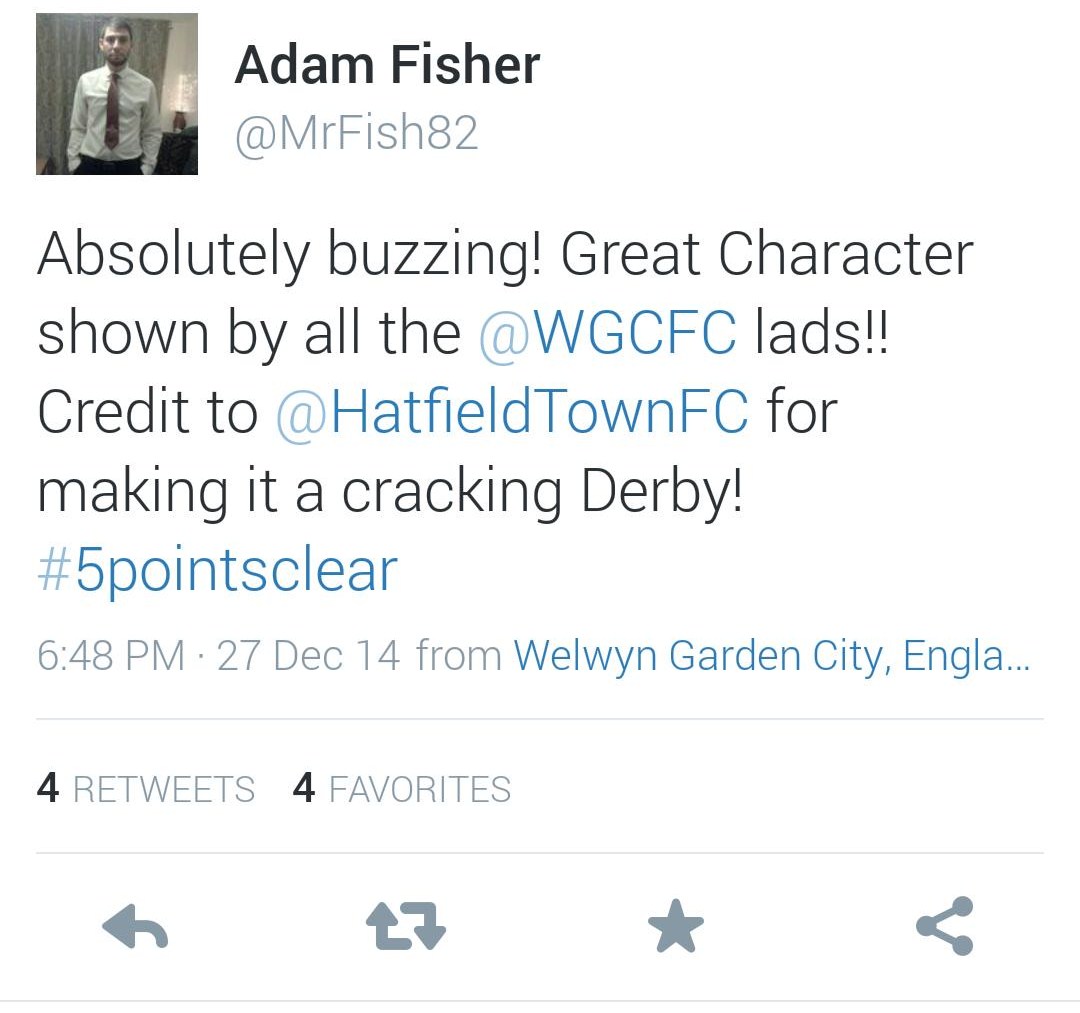 The race for promtion to the Premier Division now looks very exiciting. The top two go up with Welwyn currently in a great position although Adam Fisher, with all his experence, will tell you it ain't all over by along way with many games to be played over the next few months.