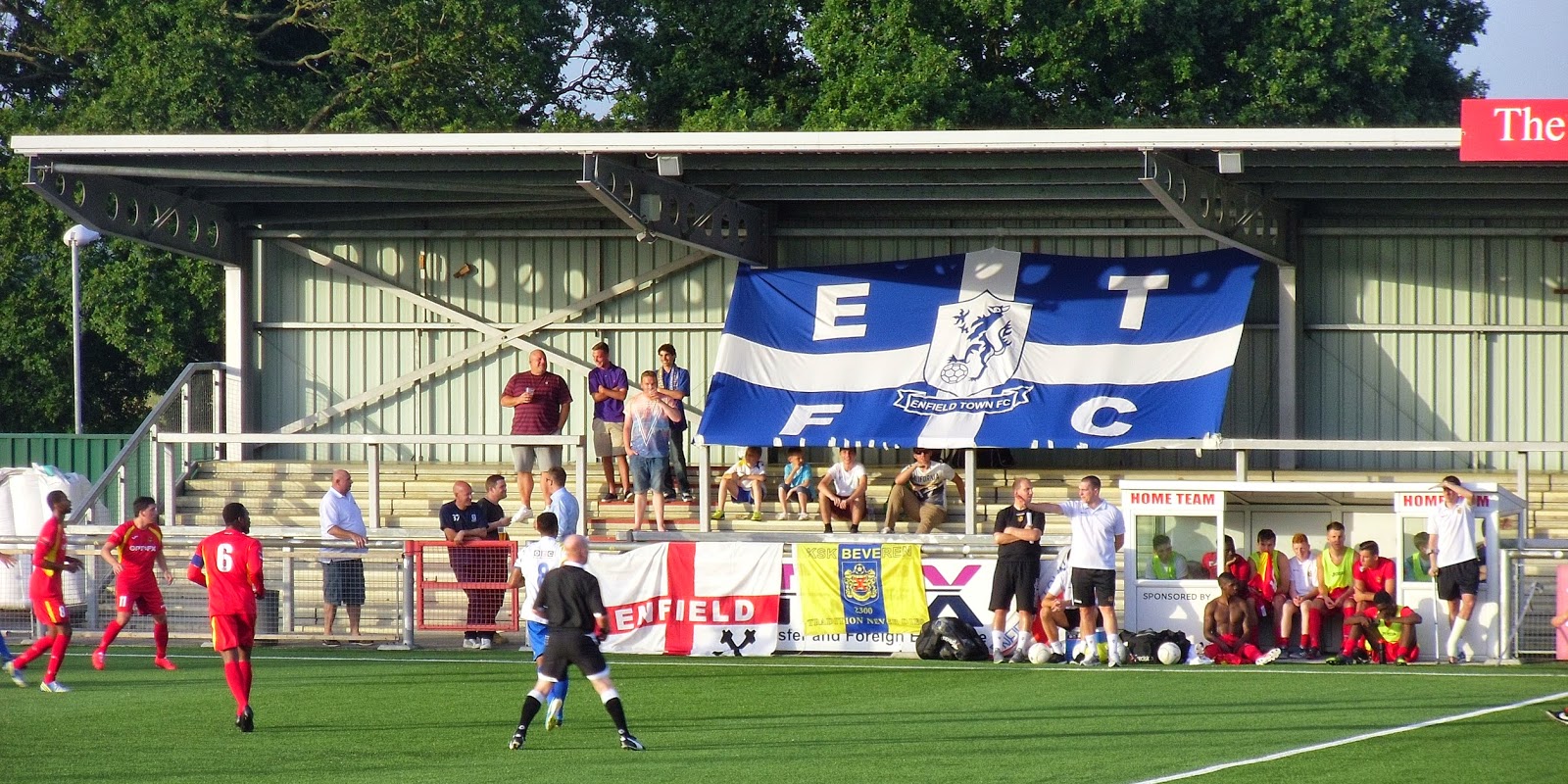 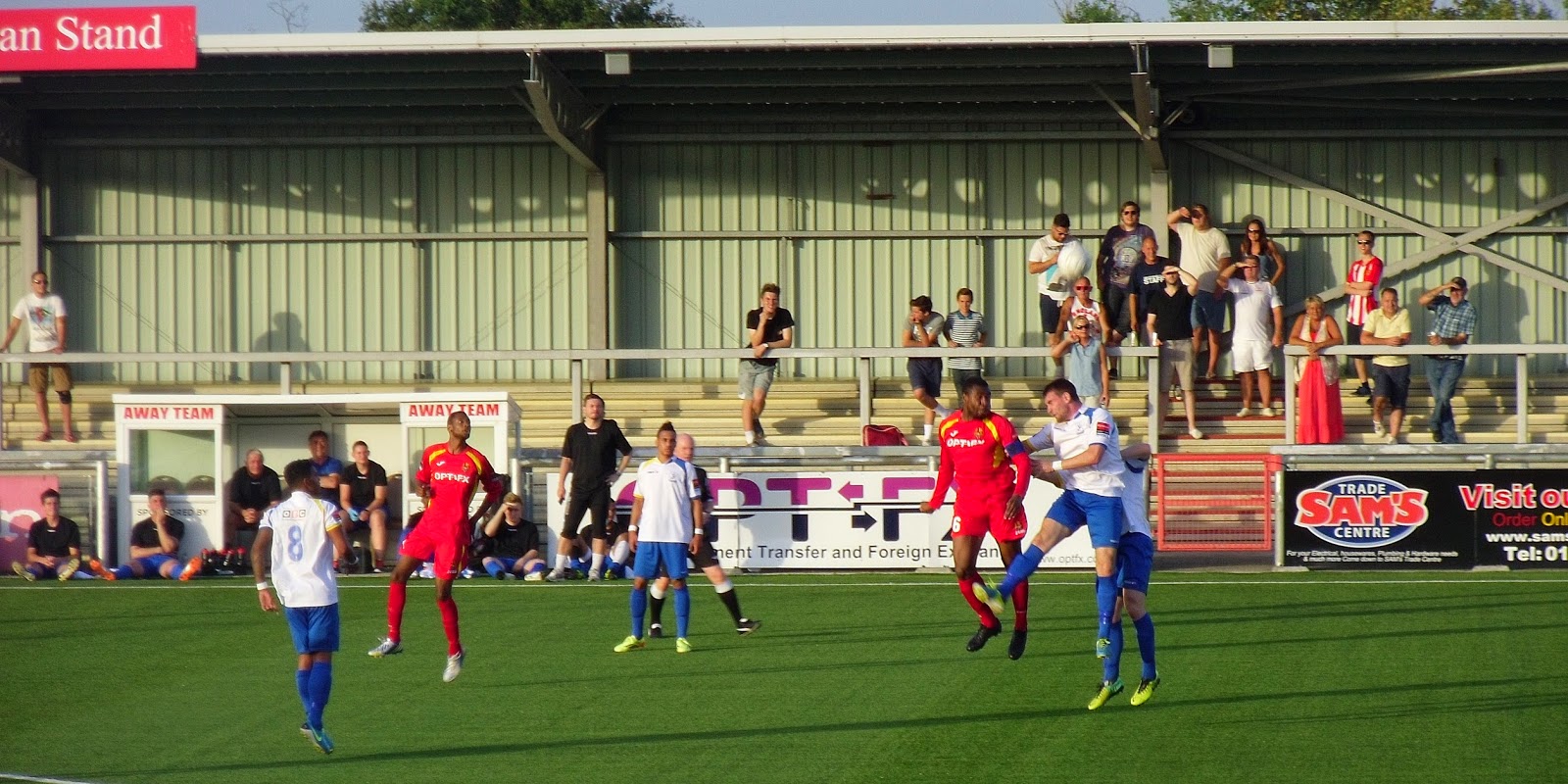 There was a brilliant atmosphere at the pre-season friendly game played between Harlow Town and Enfield Town last night. Both sets of fans in the 157 crowd (decent figure for a PSF!) made lots of noise especially in the second half when both mixed together in The Jack Chapman Stand trading songs and banter.

Harlow started the better of the teams and were 2-0 up inside twenty minutes via Alex 'The Machine' Read (see video below) and James Smith. The Hawk's front line of Read (in the centre), Layne Eadie (left) and George Smith (right) gave the Town back four a decent work out for the first half an hour or so as the home side were on top of things.